On November 20, 2020 (Hawaiʻi Standard Time), the Subaru Telescope captured Hayabusa2 on its way back to Earth after exploring the asteroid (162173) Ryugu. 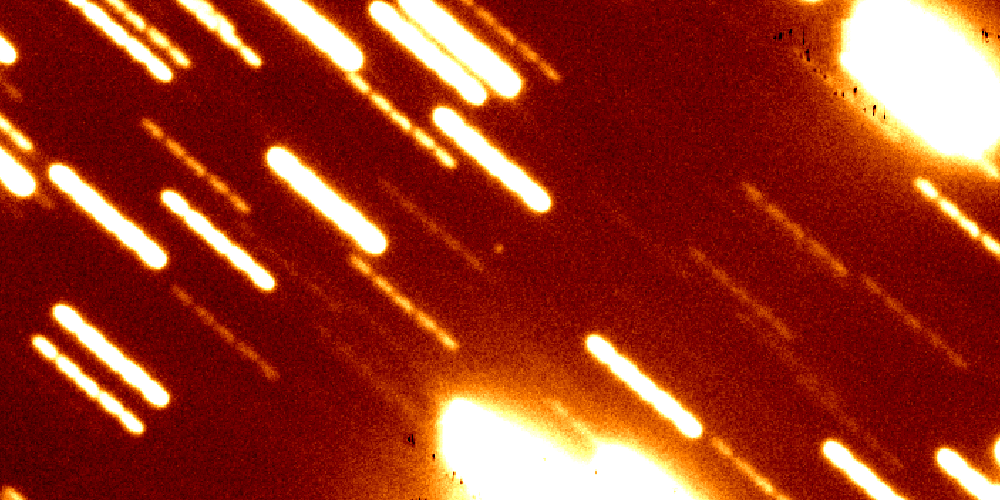 Figure 1: Hayabusa2 (the point of light at the center) captured by the Subaru Telescope. The blurring of the background stars is due to the motion of the telescope tracking the spacecraft. Five images with 3 minutes exposure taken at 00:12-00:29 on November 20, 2020 (Hawaiʻi Standard Time) are stacked. The field of view of the image is 2.0 arcmin × 1.0 arcmin. (Credit: NAOJ)

Hayabusa2, an asteroid explorer operated by the Japan Aerospace Exploration Agency (JAXA), is set to drop off a capsule containing samples from the asteroid on December 6 (Japan Standard Time). To quickly photograph the spacecraft traveling back to Earth, the Subaru Telescope conducted observations utilizing the time between scientific observations.

"It is a pleasure to announce that the Subaru Telescope has photographed Hayabusa2 returning to Earth. We have heard that after releasing its capsule containing samples from the asteroid, Hayabusa2 will set out for further exploration. We, Subaru Telescope, would like to contribute to this new endeavor as well," says Dr. Michitoshi Yoshida, Director of Subaru Telescope.

The Subaru Telescope has previously captured and released images of the asteroid (162173) Ryugu. And in 2010, the telescope successfully photographed Hayabusa, the predecessor of Hayabusa2, about 8 hours before its reentry into the Earth's atmosphere.


The Hayabusa2 team of JAXA Institute of Space and Astronautical Science helped to confirm the position of Hayabusa2 in these Subaru Telescope observations.

Figure 2: Animation with the five images taken. Hayabusa2 is the point of light moving in the lower right direction near the center of the image. The field of view of the image is 5.0 arcmin × 2.0 arcmin. (Credit: NAOJ)

Details About the Image