About the Subaru Telescope 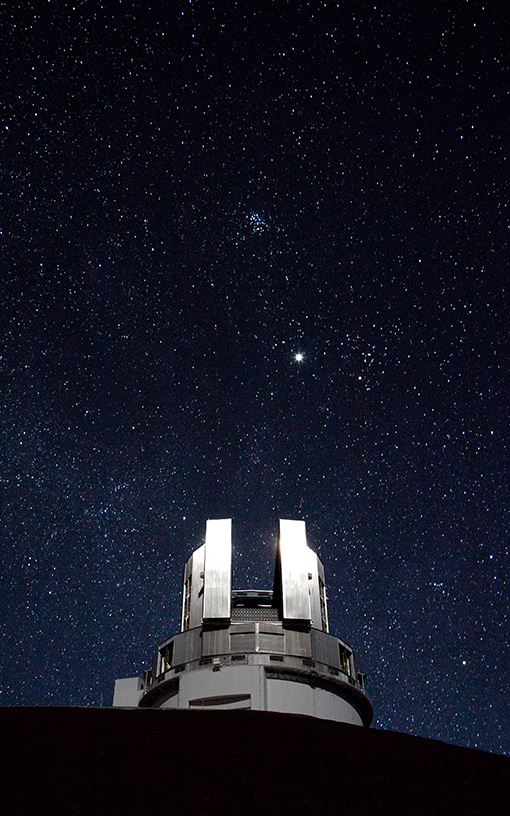 A 21st Century Observatory Exploring the Farthest Reaches of the Universe.

To explore the Universe further... To comprehend nature deeper... Such wishes have been the principal motivating force that has led humankind to its high level of intellectual activity today. Limitless yearning pushed our forbearers to travel beyond their horizon, to navigate the unknown ocean. We descendants have stepped into space and onto the Moon, and are now reaching for the universe itself.

With the assistance of the latest technologies, today's astronomers believe that they are close to seeing the edge of the observable universe, which will probably be found about 14 billion light-years from Earth. Looking back through history, humans have always built wondrous instruments using the most advanced technologies of their times to investigate the limits of the observable universe. Stonehenge in England, considered as a stone-age observatory; the meticulous Mayan Calendar; the huge and precise Gnomon in ancient China are all among the top technological achievements of their respective times. Tycho Brahe's wall quadrant yielded highly accurate data of planetary positions, resulting in the birth of modern celestial mechanics soon thereafter. Herschel's gigantic reflector telescopes led him to recognize a huge stellar system: the Galaxy. These efforts to look deeper into the Universe have never been suspended.

Upon accumulating such innovative observational techniques age after age, we now rejoice in our view of a glorious Universe: innumerable stars are formed and dispersed, swirling galaxies crowd together and collide with each other, and space as a whole is rapidly expanding, while everything continues to change.

Astronomers built the Subaru Telescope to continue the exploration, inheriting the dreams of human beings throughout time. We are observing the formation of the first generation of galaxies, thus opening up new pages in the genesis of the Universe. We are investigating other planetary systems to determine the origins of life. We endeavor to observe the Universe farther and wider, to understand the our surroundings more deeply and correctly, and to identify our reason to be.

A Brief History of Subaru