GALAXY CRUISE -- Your Galactic Journey as a Citizen Scientist

The Universe is full of galaxies of various shapes; some galaxies have spiral arms and others don't. Why do galaxies show such diversity? Galaxies are thought to grow by interacting and merging with other galaxies; and the galaxy mergers may be the key process creating the variety. Why don't you explore the Universe as a citizen scientist to help unlock the secrets of galaxies?

Hyper Suprime-Cam (HSC), mounted on the Subaru Telescope, is a giant digital camera with an extremely wide field of view. The Hyper Suprime-Cam Subaru Strategic Program (HSC-SSP) is an ongoing, extensive survey program started in 2014 to observe for 300 nights with HSC. Among the countless galaxies in the vast cosmic images captured with HSC, many interacting galaxies are found affecting each other's shapes through their mutual gravitation. Studying the shapes of interacting galaxies and counting their number allows us to unlock the secrets of galaxy evolution and to understand the diversity of galaxies. However, it is very challenging for researchers to conduct such studies on their own because innumerable galaxies are found in the vast cosmic images.

GALAXY CRUISE is the first citizen science project conducted by the National Astronomical Observatory of Japan (NAOJ). Citizen science is scientific work undertaken by members of the general public (citizens), often in collaboration with professional scientists. There are many ongoing citizen science projects in astronomy outside of Japan, and many citizen scientists access their websites through the internet to participate in the data classification. Compared with the images taken by other telescopes, those captured by the Subaru Telescope allow us to find fainter features of interacting galaxies, thus enabling more detailed analysis. 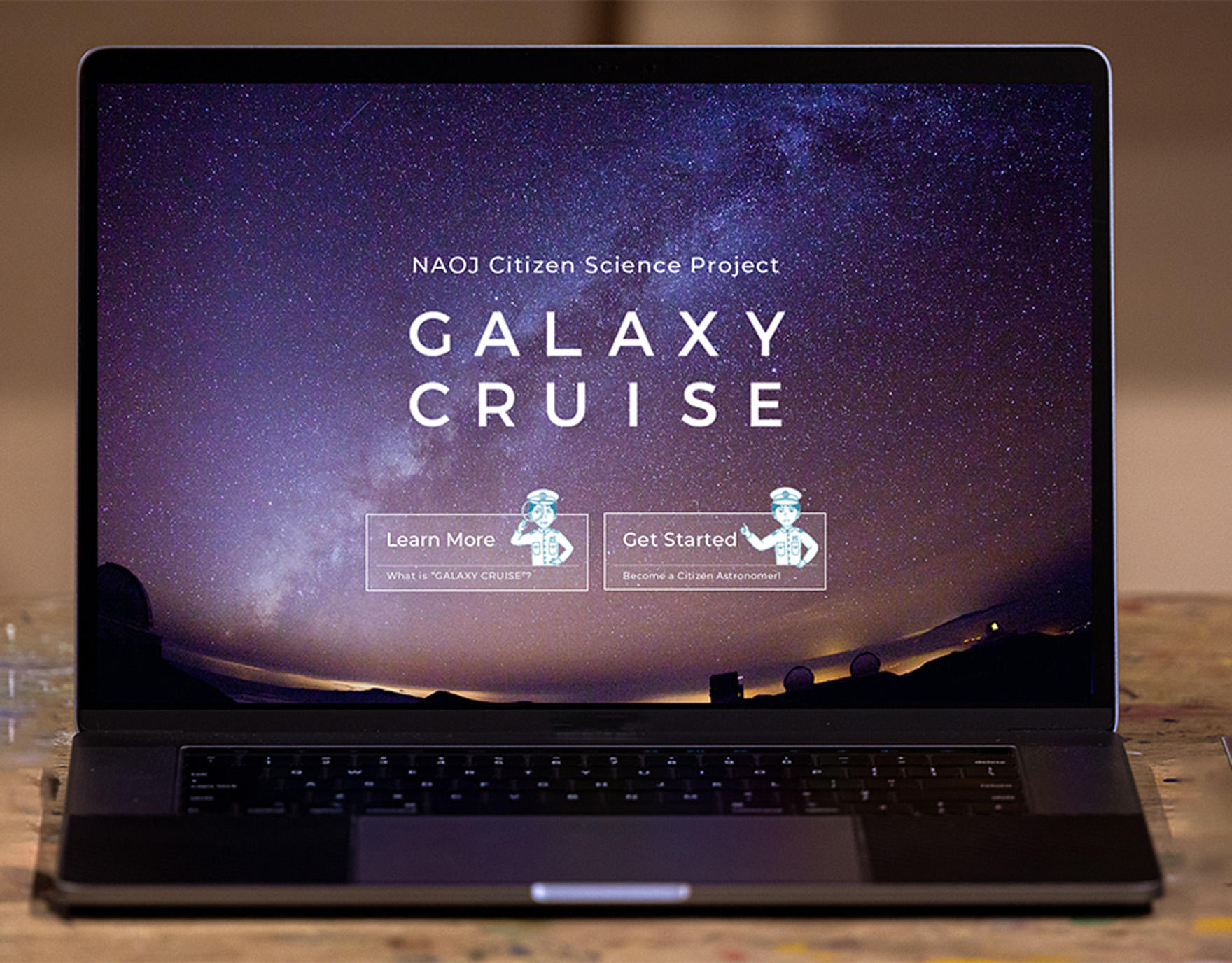 Figure 1: The GALAXY CRUISE website. Anyone can access the site through the internet using a PC or tablet to participate in the galaxy classification. (Credit: NAOJ)

GALAXY CRUISE, in which professional and citizen scientists work together to unlock the secrets of galaxies, is likened to a cruise ship where many crew members sail together. In order to board the cruise ship as a citizen scientist, you need to complete the training sessions to obtain a basic knowledge of galaxies, and to earn your Boarding Pass. Then create your own account from the login screen to set sail for the cosmic ocean. Enjoy exploring the four towns and the six continents (10 observed regions in total) by classifying the galaxies displayed on your screen one after another. As the voyage proceeds, you will earn “souvenirs” (commemorative illustrations) and passport stamps. These gamification events are unique to this website for engaging and sustaining the interest of citizen scientists. 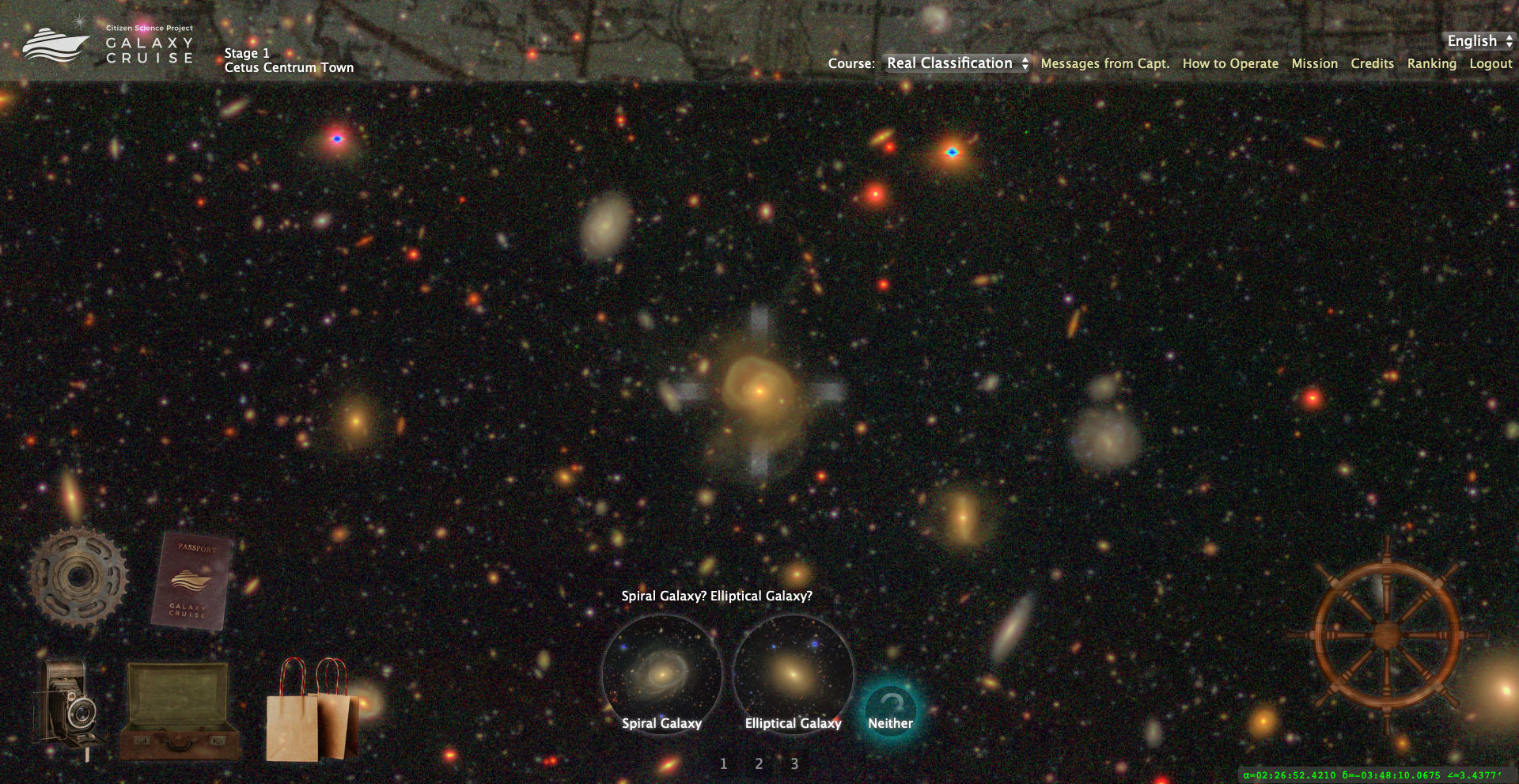 Figure 2: The classification screen. When you click the ship's-wheel on the bottom right, a new galaxy will be displayed in the center of the screen. Classify the galaxy by answering multiple-choice questions about what you see. The icons on the bottom left let you view your voyage log and collections like souvenirs and passport stamps. (Credit: NAOJ)

Researchers will statistically analyze the data obtained for galaxies classified by citizen scientists and use the results in real research. Why don't you embark on a journey to explore galaxies with astronomers?