The first dataset from the Hyper Suprime-Cam Subaru Strategic Plan (HSC-SSP) can be seen easily with the "HSC Viewer" on your PC or tablet.

Hyper Suprime-Cam (HSC) mounted on the Subaru Telescope has been in operation since 2013. It is an epoch-making giant digital camera with a total of 870 million pixels and an extremely wide field of view; it can capture a portion of the sky nine times bigger than the full moon.

HSC-SSP is an extensive survey program started in 2014 to observe for 300 nights with HSC. The first HSC-SSP dataset was released to the public on February 27, 2017 (Hawaii-Aleutian Standard Time). The release includes data from the first 21 months, corresponding to 61.5 nights of observations. The observed area is equivalent to more than 600 full moons.

The National Astronomical Observatory of Japan (NAOJ) developed the user-friendly "HSC Viewer" to display the HSC-SSP data. The total amount of data is enormous; 80 terabytes, comparable to about 10 million images taken by a normal digital camera. For this reason, we developed a system where each user can access the NAOJ data server from his/her PC or tablet.

When you start zooming into one of the green squares displayed on the initial screen of the HSC Viewer, an HSC image appears. If you keep zooming deeper into the Universe, thousands of tiny points of light start to gush out, even from dark, starless areas. Each dot corresponds to one galaxy with hundreds of billions of stars. You can see various galaxies with different sizes, shapes, and colors at different distances: from nearby galaxies which appear large with clearly distinguishable shapes, to distant galaxies seen only as faint red dots. 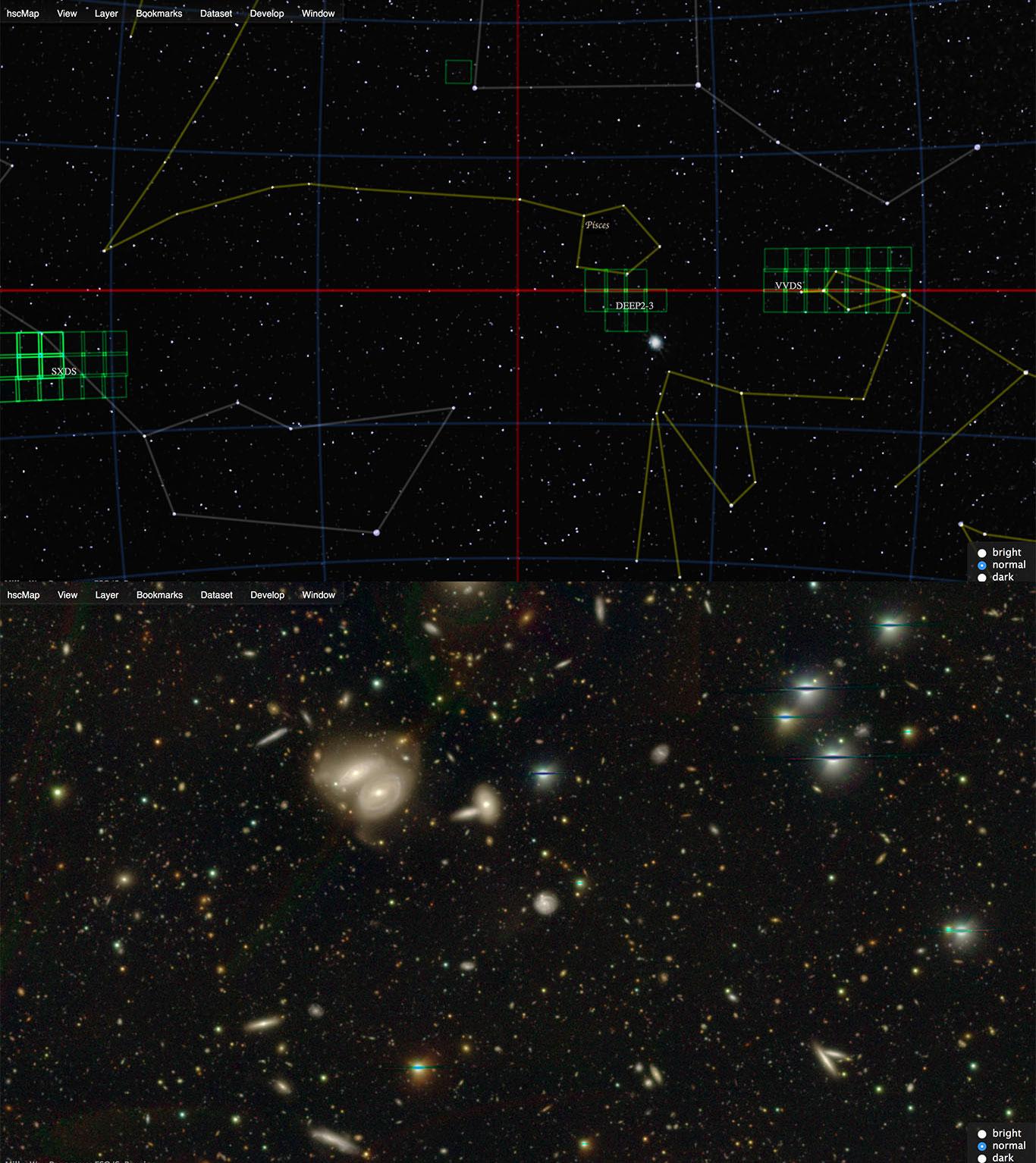 Figure １: The initial screen (upper) and a close-up image of an observed area inside a green square (bottom). (Credit: NAOJ)

The menu bar provides a list of objects recommended by the developers. For example, the "Eye of Horus" with strong gravitational lensing effects, or the "Tadpole Galaxy" with a long tail of stars made by gravitational interaction due to a galactic encounter. Please enjoy all these eye catching objects.

"I developed this viewer so the general public can become familiar with the latest, extensive HSC data. I hope you enjoy exploring the Universe which the Subaru Telescope observes," said Michitaro Koike (Specially Appointed Senior Specialist from Subaru Telescope), the developer of the HSC Viewer.

In the wide area observed by the Subaru Telescope, you can find many interacting galaxies affecting each other's shapes through mutual gravitation. The Tadpole Galaxy described above is one of them. NAOJ is now developing a program to let the public identify the shapes of interacting galaxies in the HSC data. 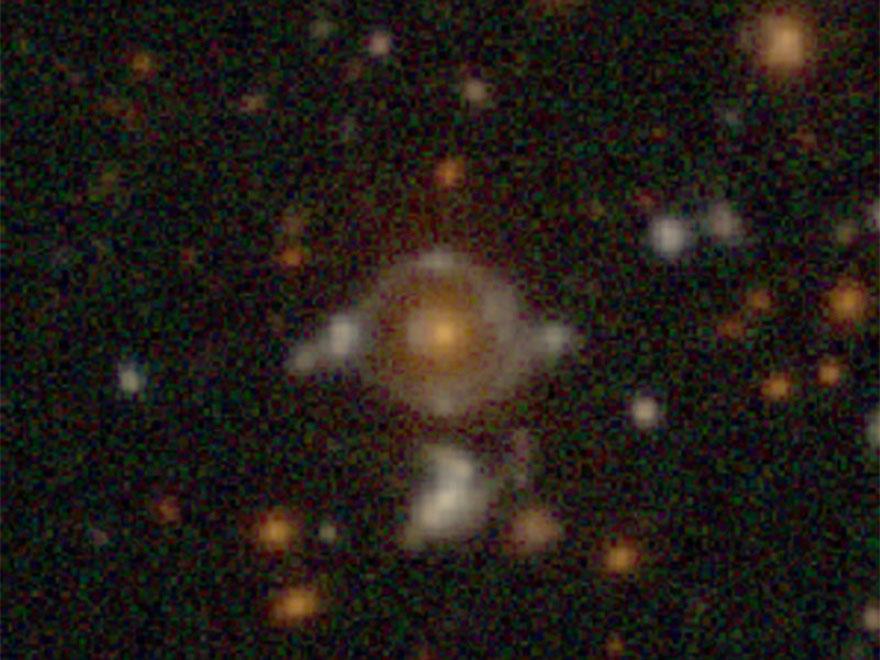 Figure 2: The Eye of Horus. A rare gravitational lens object: two distinct background galaxies were lensed by the foreground galaxy. This object was named after the sacred eye of an ancient Egyptian god. (Credit: NAOJ) 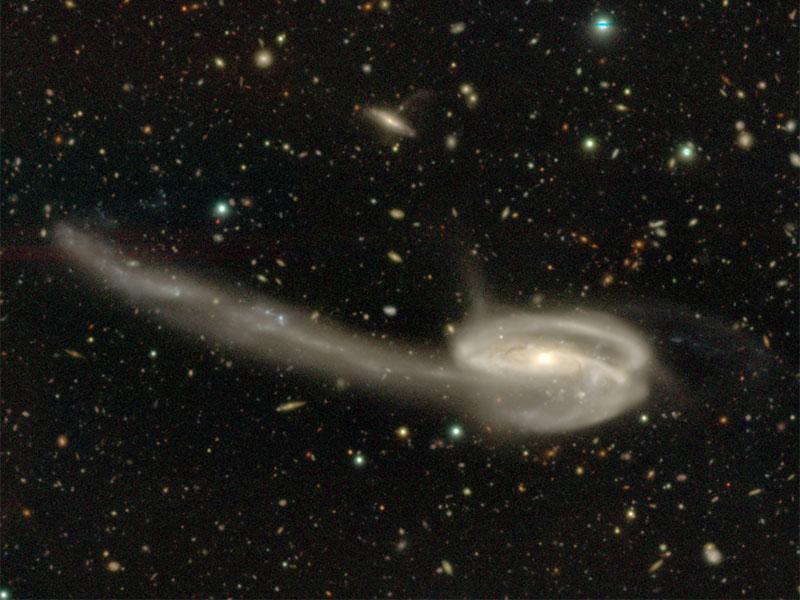 Figure 3: The Tadpole Galaxy (UGC 10214) displayed in the HSC Viewer. The long tail of stars in this barred spiral galaxy is thought to have been made by gravitational interactions due to a galactic encounter. When a small galaxy passed by this galaxy, stars, gas, and dust were pulled along creating a structure about 280,000 light-years long that resembles the tail of a tadpole. (Credit: NAOJ) 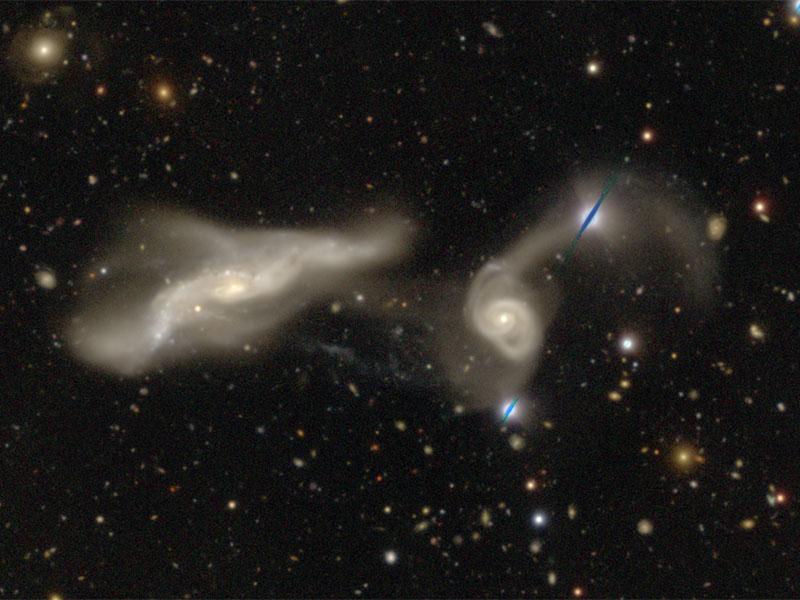 Figure 4: Interacting Galaxies UGC 12589 & 2MASX J23250382+0001068. Two spiral galaxies are attracting one another through their mutual gravity and changing their shapes. (Credit: NAOJ) 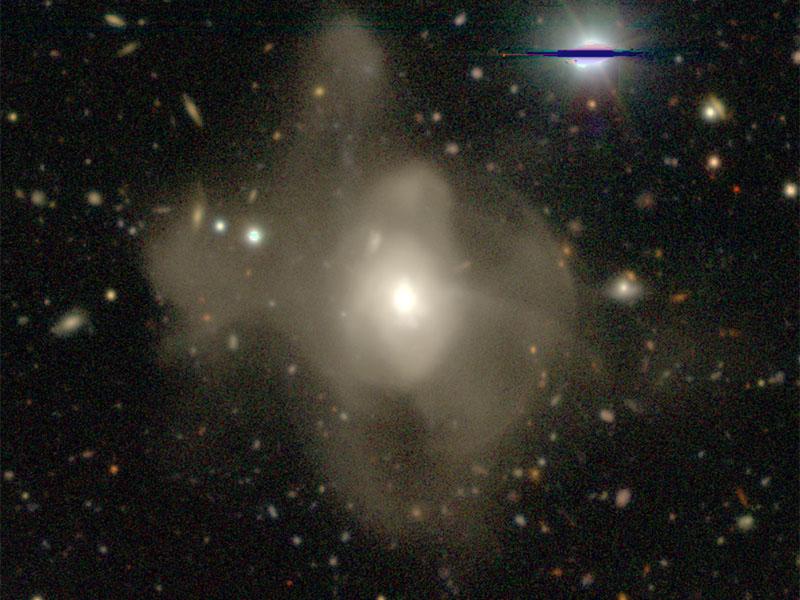 Figure 5: Interacting Galaxies 2MASX J16270254+4328340. This shape is thought to have formed after galaxies merged. Many arched structures made by gravitational interaction are seen around the central core of the galaxy. (Credit: NAOJ)