An international team of astronomers from Instituto de Astrofísica e Ciências do Espaço (IA), Kurume University, and other institutes obtained precise elemental abundances for host stars of rocky planets using large telescopes including the Subaru Telescope. This research is the first to show a correlation between the compositions of the protoplanetary disks and the rocky planets. The relation is, however, not one-to-one – planets show a wider distribution in iron fraction. This result indicates that the composition of protoplanetary disks could influence the formation process of rocky planets and their chemical makeup. 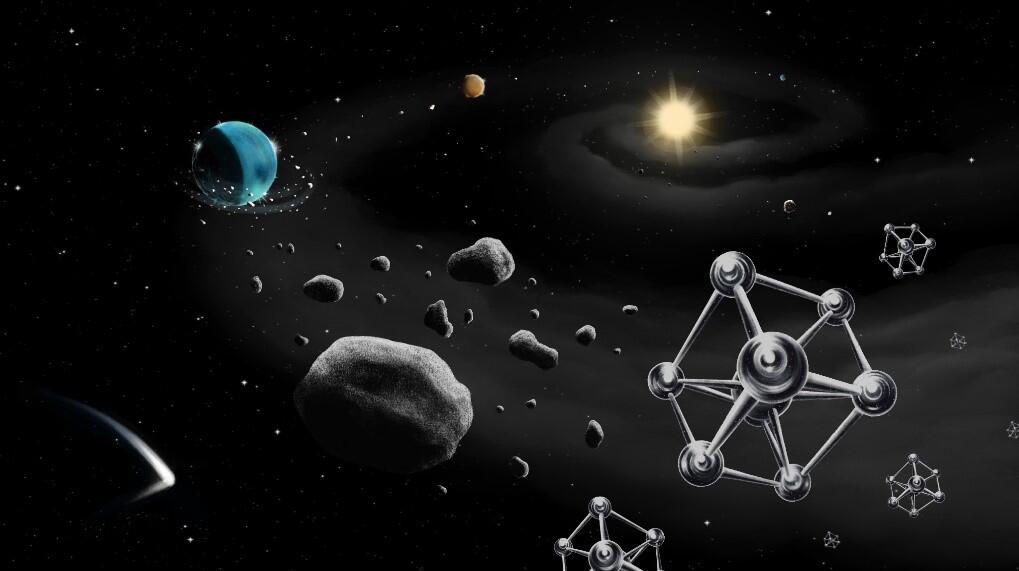 A newly formed star is encircled by a protoplanetary disk. A fraction of the disk’s material condenses into planet-forming blocks, and the rest eventually falls into the star (Figure 1). Because of their common origin, it was assumed that the compositions of these building blocks and the resulting low-mass rocky planets should be similar to the composition of their host star.

However, we only had the Solar System for reference, for which we know that the abundances of major rock forming elements, such as magnesium, silicon, and iron, in the telluric planets (with the exception of Mercury) are similar to the abundances found in the Sun.

In this research, the team selected 21 of the most precisely characterized rocky planets, using their mass and radius measurements to determine their densities, as well as the amount of iron in the planets. They used high-resolution spectra collected with state-of-the-art spectrographs mounted on large telescopes around the world, including the Subaru Telescope, to determine the composition of the host stars, and then deduce the abundances of the most critical rock-forming components in protoplanetary disks. The team established, for the first time, a correlation between the composition of rocky exoplanets and the composition of their host stars (Figure 2, Note 1). The relation is, however, not one-to-one. The distribution of the iron fraction in rocky planets is much wider than in the stellar composition. 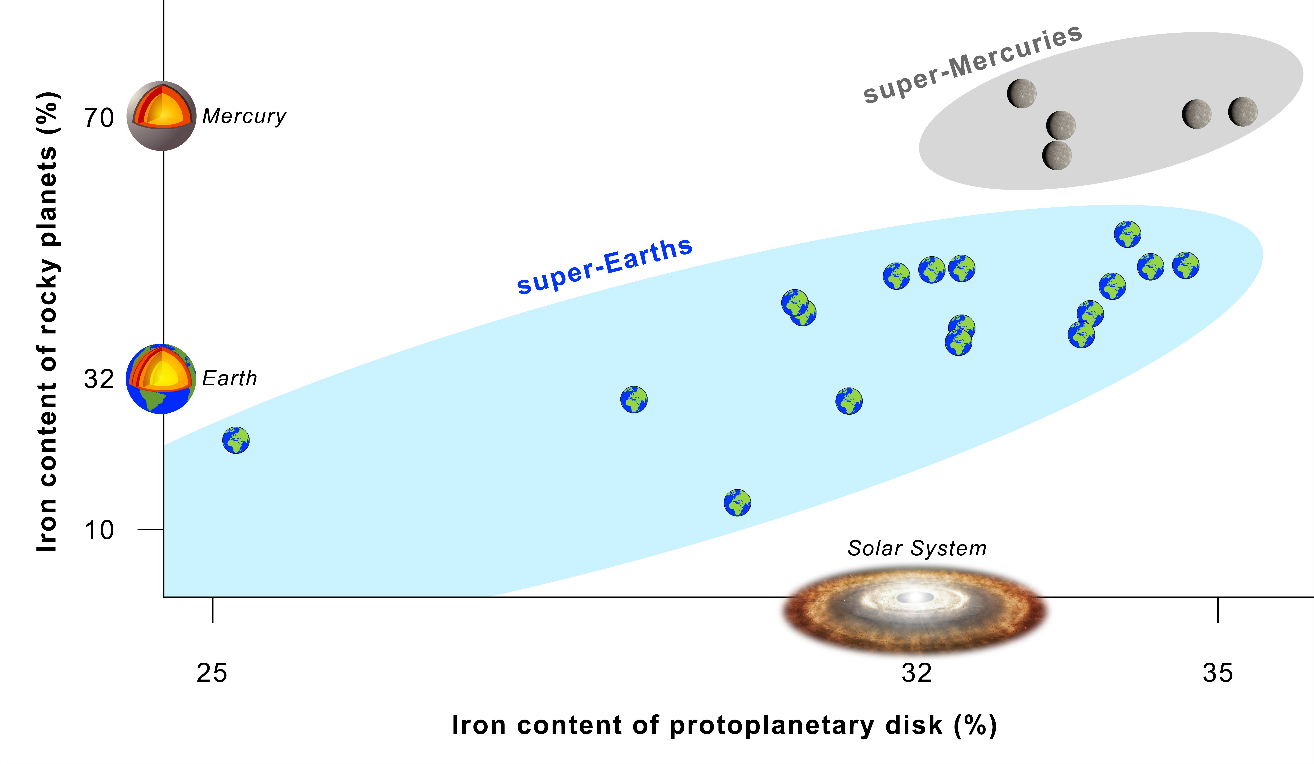 Vardan Adibekyan (IA & University of Porto), lead author on the paper presenting the results, says "The composition of telluric planets is intimately tied to the composition of the host star, pointing us in the direction of planets which can be similar to our own. We show that the iron content of these telluric planets is higher than one would predict based on the composition of the protoplanetary disks in which they formed. We interpret this enrichment in iron as attributable to the chemistry of protoplanetary disks and the specifics of planet formation processes."

The team also discovered a gap in the iron fraction of rocky planets around host stars with high iron content. Mercury in the Solar System is an example of a rocky planet with a high iron fraction. Planet formation simulations that incorporate collisions alone are unable to reproduce the highest density planets, indicating a difference in formation processes between such iron rich planets and other planets. Understanding the formation of such planets will aid in our understanding of the peculiarly high density of Mercury.


This result was reported in the article Adibekyan, et al. "A compositional link between rocky exoplanets and their host stars," published in the journal Science, Vol. 375, Issue 6565 on October 14, 2021.