A group of astronomers from the Astrobiology Center, the National Astronomical Observatory of Japan, the University of Tokyo, and other institutes, discovered two rocky super-Earth exoplanets lacking thick primordial atmospheres in very close orbits around two different red dwarf stars. These planets provide a chance to investigate the evolution of the atmospheres of hot rocky planets. 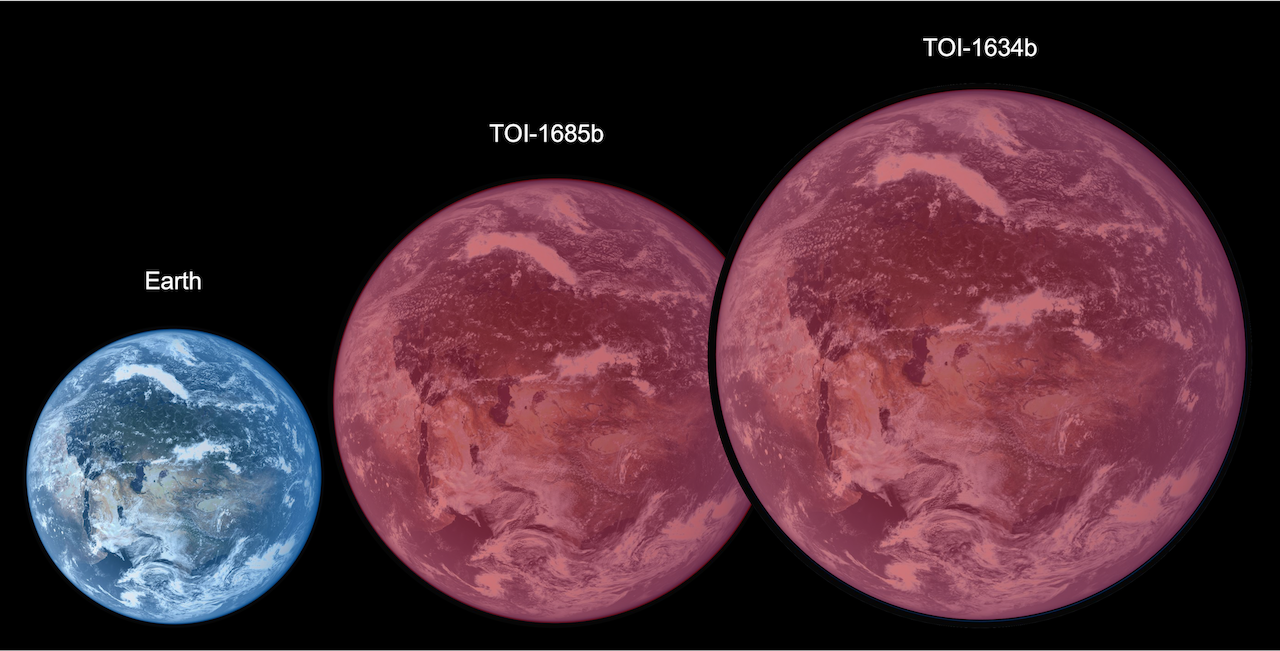 Figure 1: Artist’s conceptual image showing the sizes of the planets observed in this study. The radius of TOI-1685b is 1.5 times larger than Earth’s radius and TOI-1634b is 1.8 times larger. The planets would appear red, due to the light from the red dwarf stars they orbit. (Credit: Astrobiology Center, NINS)

In this research, the Subaru Telescope and other telescopes conducted follow-up observations of two planet candidates (TOI-1634b and TOI-1685b, originally identified by NASA’s TESS spacecraft) around red dwarf stars. Both candidates are in the constellation Perseus, and about the same distance from Earth; TOI-1634b is 114 light-years away and TOI-1685b is 122 light-years away. The team confirmed that the candidates are rocky super-Earths in ultra-short-period orbits taking less than 24 hours to complete a trip around their host stars.

The observations by the InfraRed Doppler (IRD) spectrograph mounted on the Subaru Telescope also measured the masses of these planets and provided insight into the internal and atmospheric structures of these planets. The results showed that the planets are "bare," meaning that they lack primordial thick hydrogen-helium atmospheres, possibly due to interactions with the extremely close host stars. This makes room for a secondary atmosphere composed of gases released from within the planet. The results also show that TOI-1634b is one of the largest (1.8 Earth radii) and most massive (10 Earth masses) planets among the known ultra-short period rocky planets. These new planets offer excellent opportunities to study what kind of atmospheres, if any, can develop on ultra-short-period rocky planets, and provide clues to help understand how such unusual planets are formed.

Further observations by future telescopes including the James Webb Space Telescope aim to detect and characterize the atmospheres of these planets. Dr. Teruyuki Hirano, the lead author of this research, says "Our project to intensively follow-up planetary candidates identified by TESS with the Subaru Telescope is still in progress, and many unusual planets will be confirmed in the next few years."