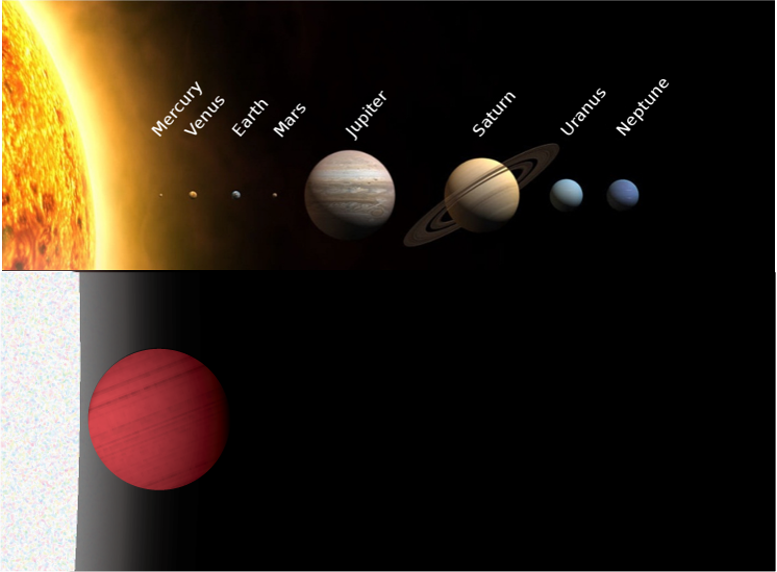 Figure 1: Comparison of our Solar System (top) and the WASP-33 planetary system (bottom). The distances of planets in the Solar System are not to scale. WASP-33b is much closer to its host star than Mercury is to the Sun; it has a high temperature of 2500 degrees Celsius due to extreme radiation from its host star. One side of WASP-33b is constantly facing toward its host star, similar to how the same side of the Moon always faces the Earth. (Credit: WP, CC BY-SA 3.0, Wikimedia Commons (top), Astrobiology Center (bottom))

An international collaboration of astronomers led by a researcher from the Astrobiology Center and Queen’s University Belfast has detected a new chemical signature in the atmosphere of an extrasolar planet – i.e., a planet that orbits a star other than our Sun. The hydroxyl radical (OH) was found on the dayside of the exoplanet WASP-33b. This planet is a so-called 'ultra-hot Jupiter', a gas-giant planet orbiting its host star much closer than Mercury orbits the Sun (Figure 1) and therefore reaching atmospheric temperatures of more than 2500 degrees C (hot enough to melt most metals). The lead researcher based at the Astrobiology Center and Queen’s University Belfast, Dr. Stevanus Nugroho, says, "This is the first direct evidence of OH in the atmosphere of a planet beyond the Solar System. It shows not only that astronomers can detect this molecule in exoplanet atmospheres, but also that they can begin to understand the detailed chemistry of this planetary population."

In the Earth’s atmosphere, OH is mainly produced by the reaction of water vapor with atomic oxygen. It is a so-called 'atmospheric detergent' and plays a crucial role in the Earth’s atmosphere to purge pollutant gasses that are dangerous to life (e.g. methane, carbon monoxide). In a much hotter and bigger planet like WASP-33b (Figure 2, where astronomers have previously detected signs of iron and titanium oxide gas) OH plays a key role in determining the chemistry of the atmosphere through interactions with water vapor and carbon monoxide. Most of the OH in the atmosphere of WASP-33b is thought to have been produced by the destruction of water vapor due to the extremely high temperature. "We see only a tentative and weak signal from water vapor in our data, which would support the idea that water is being destroyed to form hydroxyl in this extreme environment." explains Dr. Ernst de Mooij from Queen’s University Belfast, a co-author on this study. 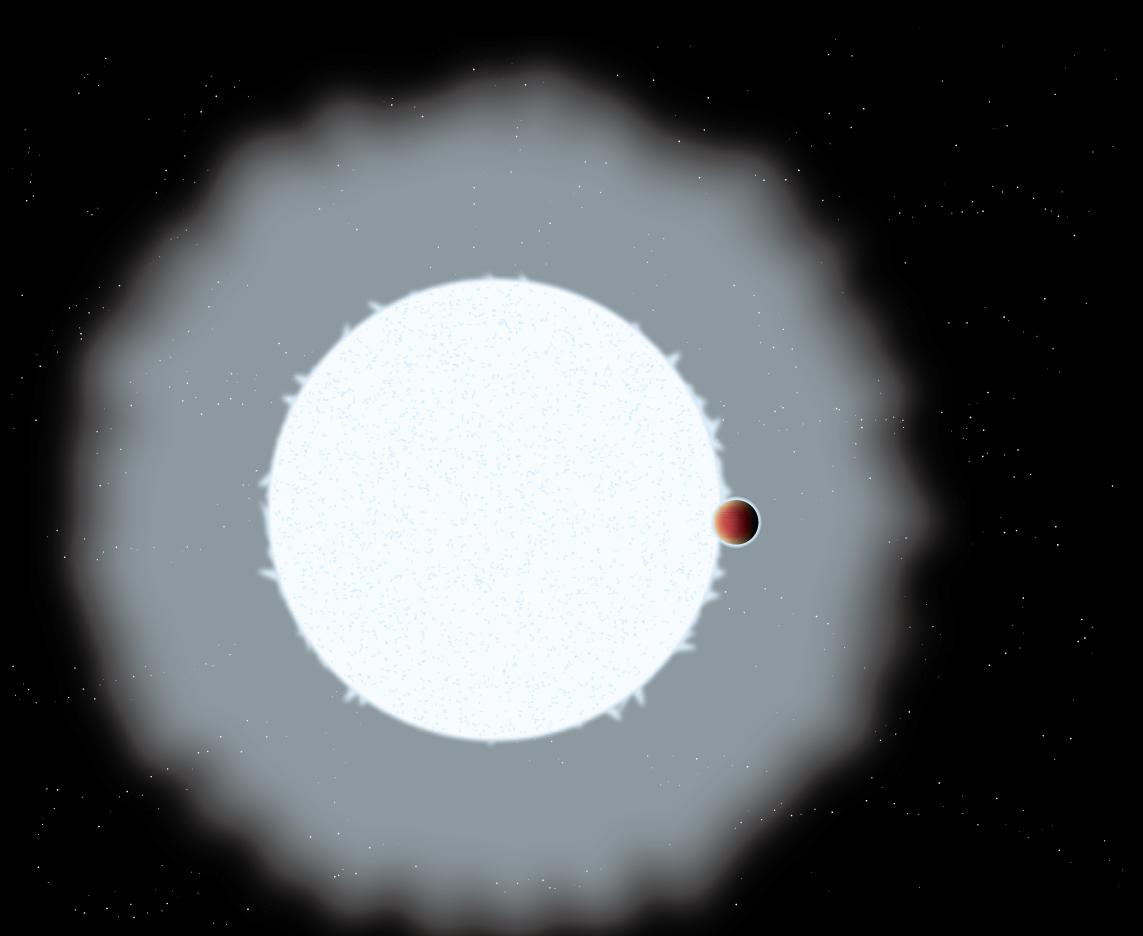 To make this discovery, the team used the InfraRed Doppler (IRD) instrument at the 8.2-meter diameter Subaru Telescope located in the summit area of Maunakea in Hawai`i (about 4,200 m above sea level). This new instrument can detect atoms and molecules through their 'spectral fingerprints,' unique sets of dark absorption features superimposed on the rainbow of colors (or spectrum) that is emitted by stars and planets. As the planet orbits its host star, its velocity relative to the Earth changes with time. Just like the siren of an ambulance or the roar of a racing car’s engine seems to changes pitch while speeding past us, the frequencies of light (i.e. color) of these spectral fingerprints change with the velocity of the planet. This allows us to separate the planet’s signal from its bright host star, which normally overwhelms such observations, despite modern telescopes being nowhere near powerful enough to take direct images of such 'hot Jupiter' exoplanets.

"The science of extrasolar planets is relatively new, and a key goal of modern astronomy is to explore these planets’ atmospheres in detail and eventually to search for 'Earth-like' exoplanets – planets similar to our own. Every new atmospheric species discovered further improves our understanding of exoplanets and the techniques required to study their atmospheres, and takes us closer to this goal" says Dr. Neale Gibson, assistant professor at Trinity College Dublin and co-author of this work. By taking advantage of the unique capabilities of IRD, the astronomers were able to detect the tiny signal from hydroxyl in the planet’s atmosphere. "IRD is the best instrument to study the atmosphere of an exoplanet in the infrared," adds Prof. Motohide Tamura, one of the principal investigators of IRD, Director of the Astrobiology Center, and co-author of this work.

"These techniques for atmospheric characterization of exoplanets are still only applicable to very hot planets, but we would like to further develop instruments and techniques that enable us to apply these methods to cooler planets, and ultimately, to a second Earth," says Dr. Hajime Kawahara, assistant professor at the University of Tokyo and co-author of this work.

Prof. Chris Watson (QUB) from Queen’s University Belfast, a co-author on this study, continues, "While WASP-33b may be a giant planet, these observations are the testbed for the next-generation facilities like the Thirty Meter Telescope and the European Extremely Large Telescope in searching for biosignatures on smaller and potentially rocky worlds, which might provide hints to one of the oldest questions of humankind, 'Are we alone?'"


These results were published in the Astrophysical Journal Letters on March 23, 2021 (Nugroho et al. 2021, "First Detection of Hydroxyl Radical Emission from an Exoplanet Atmosphere: High-dispersion Characterization of WASP-33b Using Subaru/IRD").