The world’s first ground-based observations of the bare nucleus of a comet nearing the end of its active life revealed that the nucleus has a diameter of 800 meters and is covered with large grains of phyllosilicate; on Earth large grains of phyllosilicate are commonly available as talcum powder. This discovery provides clues to piece together the history of how this comet evolved into its current burnt-out state. 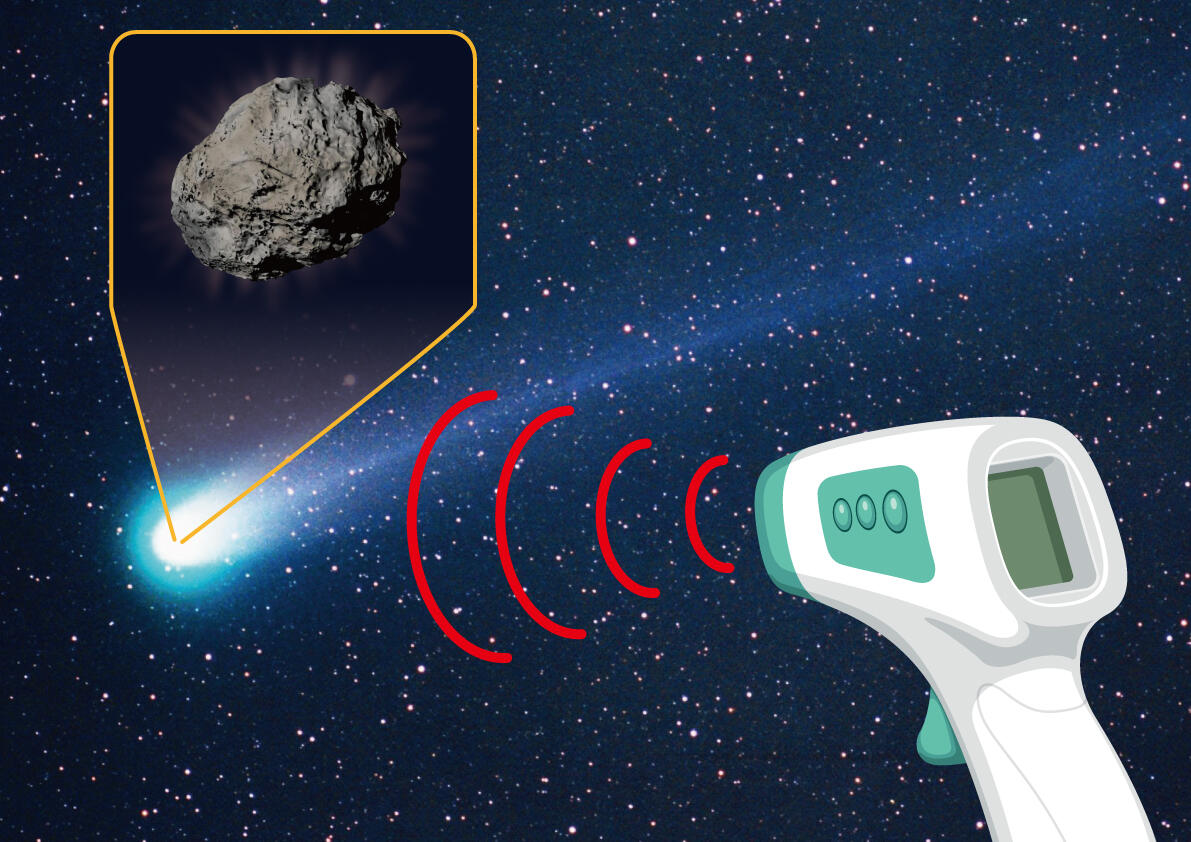 Figure 1: Conceptual image. By observing a comet in thermal infrared wavelengths, the same wavelengths used by noncontact thermometers, it is possible to determine not only its current temperature, but also the surface composition of the nucleus which contains information about the thermal history of the comet. (Credit: Kyoto Sangyo University)

Comet nuclei are difficult to observe because when they enter the inner Solar System, where they are easy to observe from Earth, they heat up and release gas and dust which form a coma obscuring the nuclei. When Comet P/2016 BA14 (PANSTARRS) was discovered in January 2016 it was first mistaken for an asteroid, but subsequent observations revealed weak cometary activity. It is believed that after many trips through the inner Solar System, this comet has burnt off almost all of its ice and is now nearing the end of its cometary life.

On March 22, 2016, this comet passed within 3.6 million kilometers of Earth, only 9 times farther than the Moon. A team of astronomers from the National Astronomical Observatory of Japan (NAOJ) and Koyama Astronomical Observatory of Kyoto Sangyo University used this unique opportunity to observe the comet with the Subaru Telescope about 30 hours before its closest approach to Earth. They successfully observed the nucleus with minimal interference from dust grains in the coma. Previously, the surface composition of a cometary nucleus has only been observed by a few "in-situ" observations by space missions.

Because the team observed thermal infrared radiation, the same region of the infrared used by contactless thermometers, they were able to find evidence that the nucleus is 800 meters in diameter and covered with organic molecules and large grains of phyllosilicate. This is the first time hydrous silicate minerals such as talc have been found in a comet. Comparison with laboratory measurements of various minerals revealed that the hydrous silicate minerals on the surface of P/2016 BA14 have been heated to more than about 330 degrees Celsius in the past. Since the surface temperature of P/2016 BA14 cannot reach higher than about 130 degrees Celsius in its current orbit, the comet may have been in an orbit closer to the Sun in the past.

The next question is whether comets are covered with talcum powder from the start or if it develops over time as they burn out. "This result provides us a precious clue to study the evolution of comets." comments Dr. Takafumi Ootsubo, the lead author of this research, "We believe that further observations of the comet nuclei will enable us to learn more about the evolution of comets."

The target of this research, P/2016 BA14, is a potential backup target for the Comet Interceptor mission, a comet exploration mission being carried out by the ESA and JAXA.