Figure 1: Movie of the discovery images of Farfarout (2018 AG37) from the Subaru Telescope on the nights of January 15 and January 16, 2018 UT. Farfarout moves between the two discovery images while the background stars and galaxies do not. (Credit: Scott S. Sheppard)

Like, far FAR out, man! Astronomers using the Subaru Telescope have discovered a planetoid that is almost 4 times farther from the Sun than Pluto, making it the most distant object ever observed in our Solar System. It has been nicknamed Farfarout, to distinguish it from the previous record holder, nicknamed Farout, found by the same team of astronomers in 2018.

The discovery was made by Carnegie's Scott S. Sheppard, the University of Hawaiʻi's David Tholen, and Northern Arizona University's Chad Trujillo. Farfarout was first discovered at the 8-meter Subaru Telescope located on Maunakea in Hawaiʻi. Follow up observations using the Gemini North (Note 1) and Magellan telescopes over the past few years helped determine its orbit.

"Farfarout takes a millennium to go around the Sun once," says David Tholen. "It moves very slowly across the sky, requiring several years of observations to precisely determine its trajectory."

Farfarout is at about 132 astronomical units (au) from the Sun, where 1 au is the distance between the Earth and the Sun. Its elongated orbit takes it to 175 au at its most distant, and inside the orbit of Neptune around 27 au when it is closest to the Sun.

"The orbital dynamics of Farfarout are interesting to better understand how Neptune formed and evolved, as Farfarout was likely thrown into the outer Solar System by getting too close to Neptune in the distant past," says Chad Trujillo. "Farfarout will likely strongly interact with Neptune again in the future since their orbits still intersect."

Farfarout is very faint, and based on its brightness, assumed composition, and distance from the Sun, the team estimates its size to be about 400 km across, putting it on the low end of possibly being designated a dwarf planet by the International Astronomical Union.

"The discovery of Farfarout shows our increasing ability to map the outer Solar System," says Scott S. Sheppard. "Only with the advancements in the last few years in large digital cameras on very large telescopes has it been possible to efficiently discover very distant objects like Farfarout." 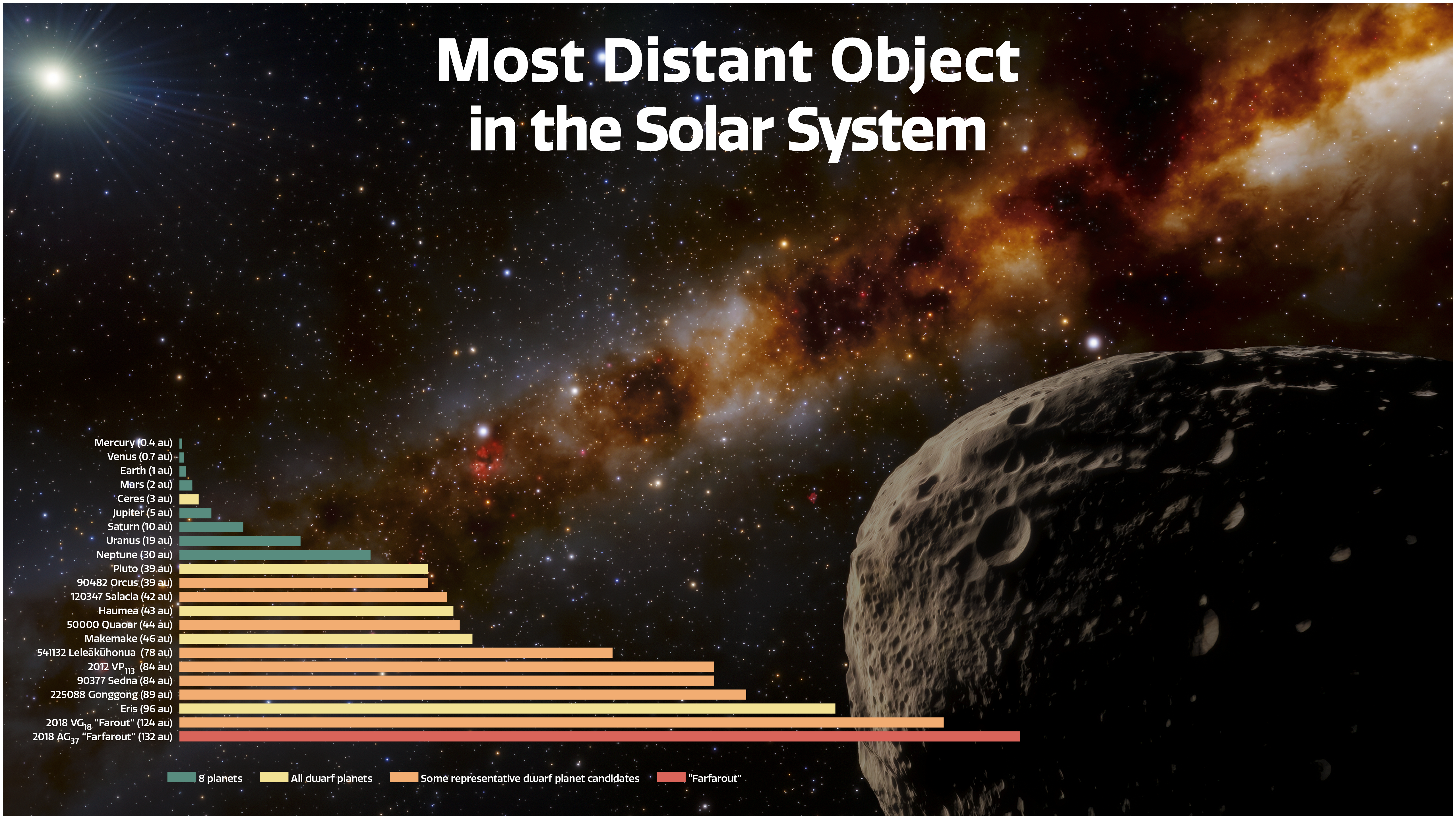 Note 1: Gemini North is part of the international Gemini Observatory, a Program of NSF’s NOIRLab.