Astronomers using the Subaru Telescope identified about 1800 new supernovae in the distant Universe, including 58 Type Ia supernovae over 8 billion light-years away. These findings will help elucidate the expansion of the Universe. 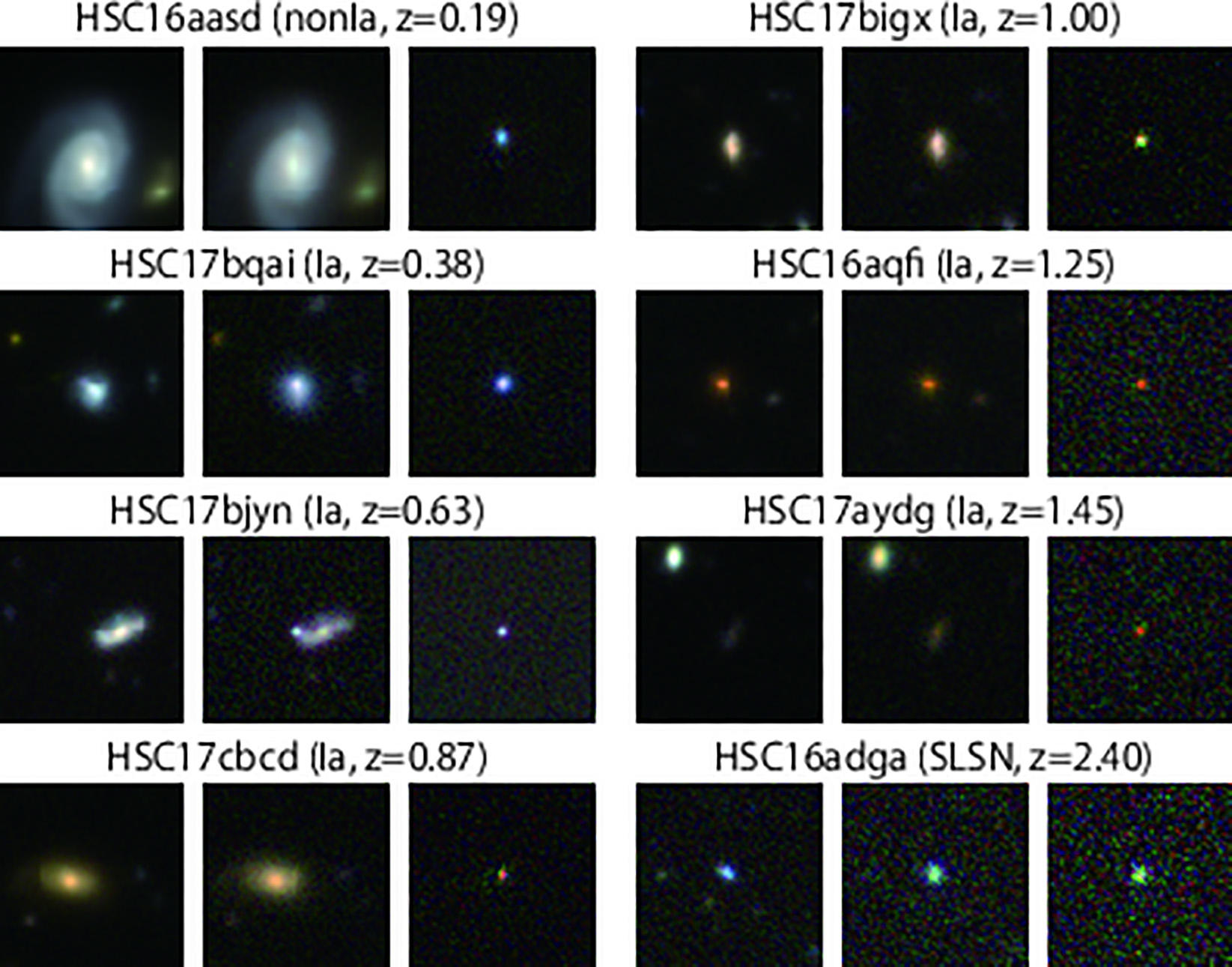 A supernova is the name given to an exploding star that has reached the end of its life. The star often becomes as bright as its host galaxy, shining one billion times brighter than the Sun for anytime between a month to six months before dimming down. Supernova classed as Type Ia are useful because their constant maximum brightness allows researchers to calculate how far the star is from Earth. This is particularly useful for researchers who want to measure the expansion of the Universe.

In recent years, researchers began reporting a new type of supernovae five to ten times brighter than Type Ia supernovae. Named Super Luminous Supernovae, many have been trying to learn more about these stars. Their unusual brightness enables researchers to spot stars in the farthest parts of the Universe usually too faint to observe. Since distant Universe means the early Universe, studying this kind of star could reveal characteristics about the first, massive stars created after the Big Bang.

But supernovae are rare events, and there are only a handful of telescopes in the world capable of capturing sharp images of distant stars. In order to maximize the chances of observing a supernova, a team led by Kavli Institute for the Physics and Mathematics of the Universe (Kavli IPMU) Professor Naoki Yasuda, and researchers from Tohoku University, Konan University, the National Astronomical Observatory of Japan, School of Science, the University of Tokyo, and Kyoto University, used the Subaru Telescope.

This telescope is capable of generating shape stellar images, and the Hyper Suprime-Cam, an 870 mega-pixel digital camera attached at its top, captures a very wide area of the night sky in one shot.

By taking repeated images of the same area of night sky over a six month period, the researchers could identify new supernovae by looking for stars that suddenly appeared brighter before gradually fading out. 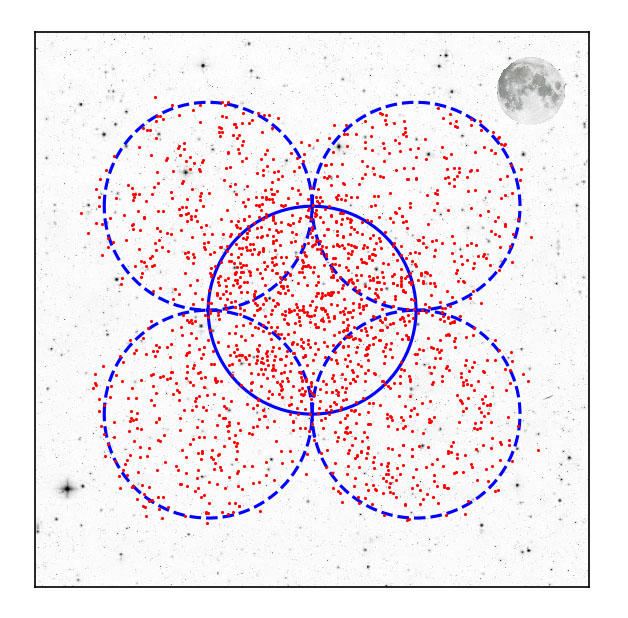 Figure 2: A map showing all of the supernovae (in red) discovered in this study. The blue circles indicate the areas Hyper Suprime-Cam was able to capture in one shot. The background is an image taken by the Sloan Digital Sky Survey. An image of the moon has been added to understand the area of night sky Hyper Suprime-Cam can capture. (Credit: Kavli IPMU, Partial data supplied by: SDSS)

"The Subaru Telescope and Hyper Suprime-Cam have already helped researchers create a 3D map of dark matter, and observation of primordial black holes, but now this result proves that this instrument has a very high capability finding supernovae very, very far away from Earth. I want to thank all of my collaborators for their time and effort, and look forward to analyzing our data to see what kind of picture of the Universe it holds," said Yasuda.

The next step will be to use the data to calculate a more accurate expansion of the Universe, and to study how dark energy has changed over time.

These results were published in Publications of the Astronomical Society of Japan (Yasuda et al., "The Hyper Suprime-Cam SSP Transient Survey in COSMOS: Overview"). A preprint is available here.