Star Formation in Young Galaxies Not Affected by Environment 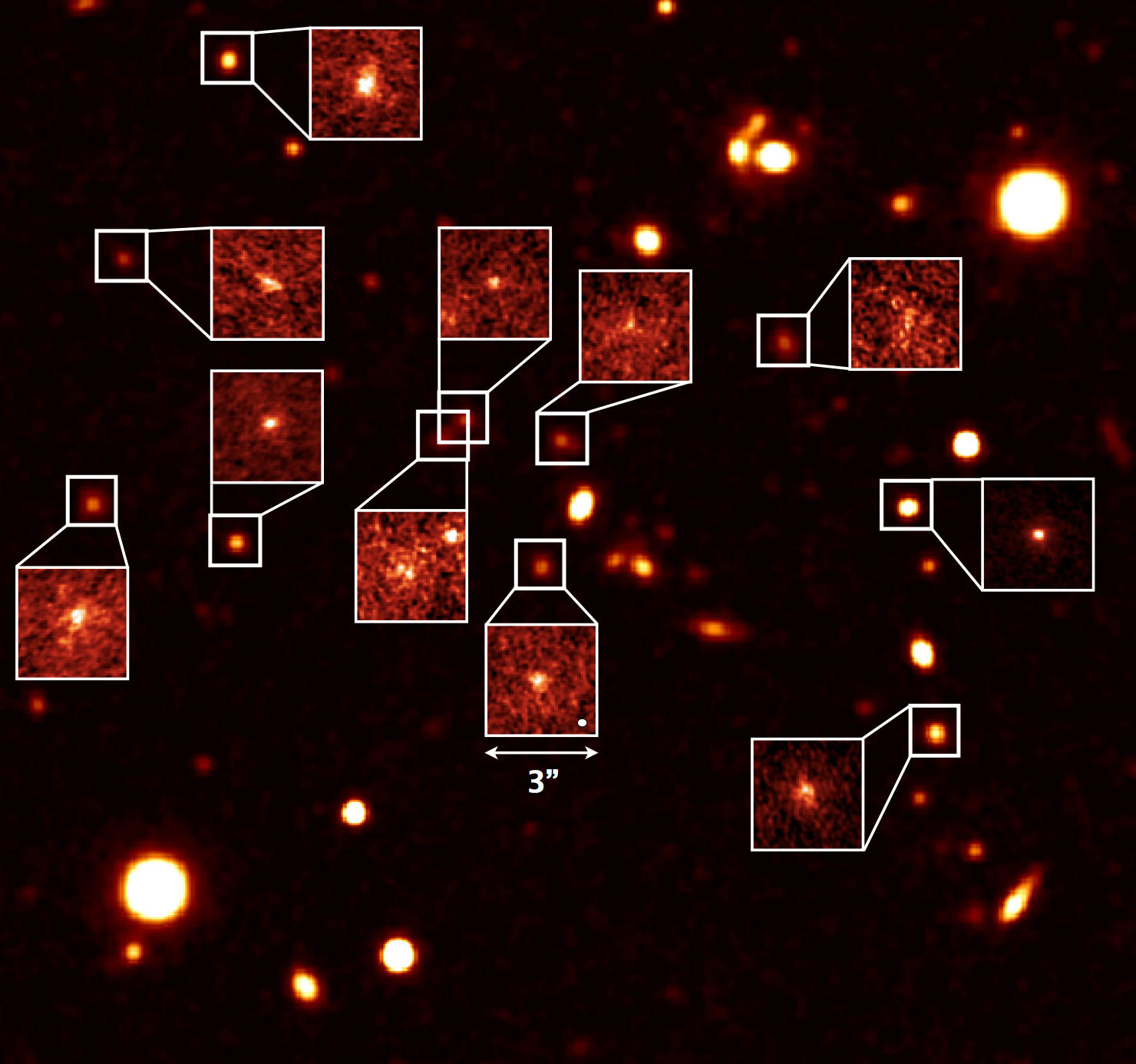 Figure 1: Photo of the proto-cluster field from about 11 billion years ago (redshift z = 2.5) taken with MOIRCS on the Subaru Telescope. The insets are high-resolution narrow-band images of individual star-forming galaxies taken with IRCS+AO188. (Credit: NAOJ)

Galaxies grow by forming new stars. By looking at where new stars are forming in young galaxies in the early Universe, astronomers can model how they will evolve into modern galaxies. A team led by Tomoko Suzuki, a post-doctoral researcher at Tohoku University, used the Subaru Telescope to observe a proto-cluster of galaxies from 11 billion years ago in the constellation Serpens. Using an Adaptive Optics (AO) system to correct for the blurring effect of Earth's atmosphere they successfully mapped the galaxies with a resolution of 0.2 arcsec (corresponding to 20/0.7 vision). Regions where young stars are forming are a different color than normal stars, so by using special filters to separate the colors, the team was able to observe both the stellar structure and the star-forming regions.

The observations show that on average for the more massive star-forming galaxies in the proto-cluster, the star-forming regions are more extended than the existing stellar structure. This means that the galaxies are growing by adding stars to their peripheries, rather than to their cores. This same pattern of star formation has been observed in isolated galaxies in sparsely populated regions in the same era. This result suggests that star formation in the early Universe is largely independent of galactic environment.

"The distribution of the star-forming region within galaxies is key information to understand the physical processes occurring in galaxies. We need to investigate not only the averaged structures but also the structure of the star-forming region within individual galaxies for more detailed studies." says Suzuki. "The next generation instrument ULTIMATE-Subaru will allow us to trace the individual structural growth of a large number of young galaxies in various environments."