Seeds of Giant Galaxies formed in the Early Universe

An international research team has shown that the largest galaxies in the Universe may have started out as ultra-dense objects in the very early Universe that then expanded over time. 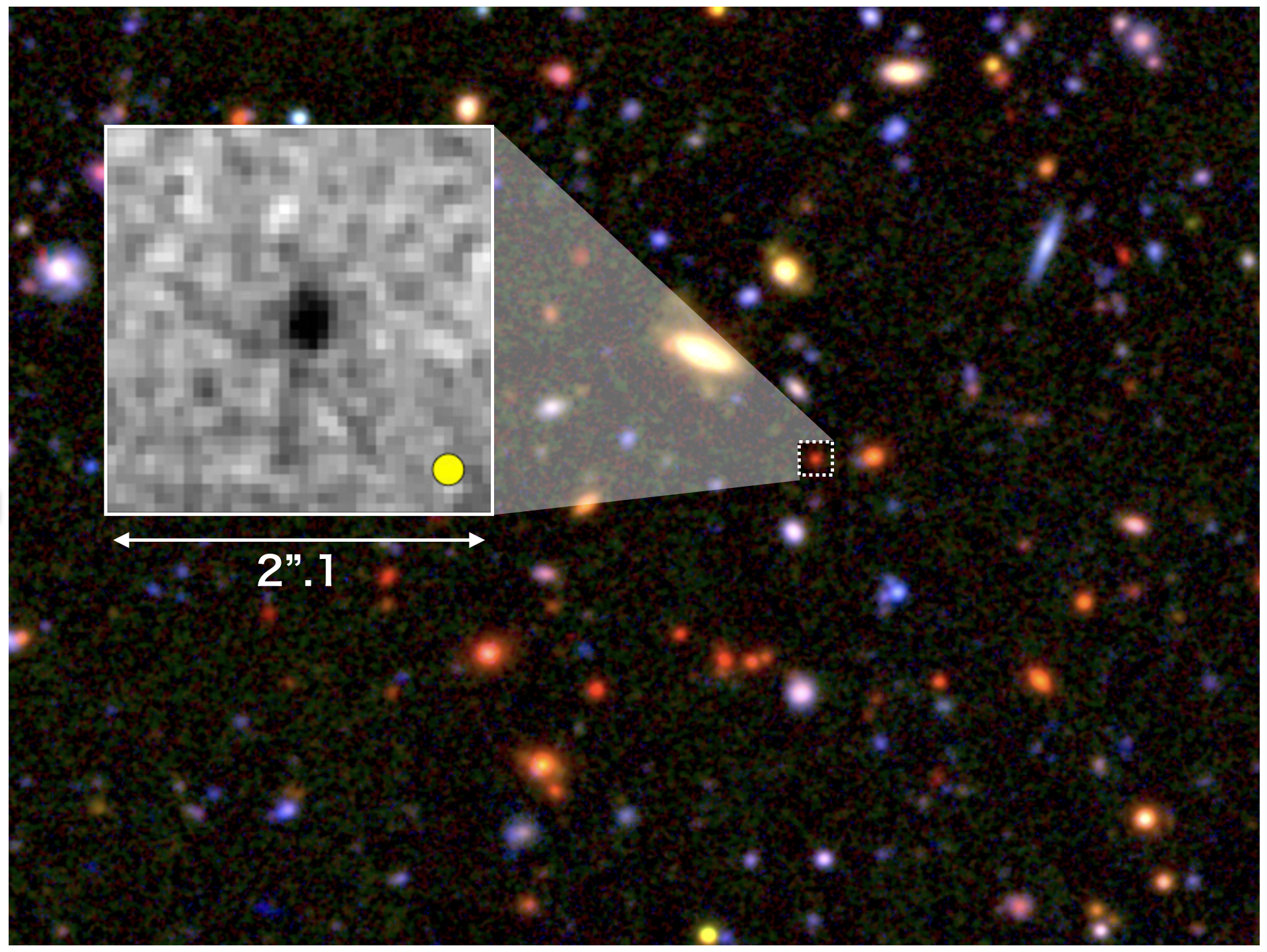 Figure 1: A wide field-of-view false-color image of a massive quiescent galaxy taken by Surpime-Cam on the Subaru Telescope (main image) and a high resolution close-up (inset) by IRCS (Infrared Camera and Spectrograph) on the Subaru Telescope. The yellow circle shows the point spread function of this observation corrected with the AO188 adaptive optics system. (Credit: NAOJ)

An international team including researchers from the National Astronomical Observatory of Japan (NAOJ), the University of Tokyo, and Copenhagen University used data from NAOJ's Subaru Telescope and other telescopes to search for galaxies located 12 billion light-years away. Among this sample they identified massive quiescent galaxies, meaning massive galaxies without active star formation, as the probable progenitors of modern giant elliptical galaxies. It is surprising that mature giant galaxies already existed very early, when the Universe was only about ~13% of its current age.

The team then used the Subaru Telescope to perform high resolution follow-up observations in near infrared for the 5 brightest massive quiescent galaxies located 12 billion light-years away.

The results show that although the massive quiescent galaxies are compact (only about 2% the size of the Milky Way) they are almost as heavy as modern galaxies. This means that to become modern giant elliptical galaxies they must puff up about 100 times in size, but only increase in mass by about 5 times. Comparing the observations to toy models, the team showed that this would be possible if the growth was driven, not by major mergers where two similar galaxies merge to form a larger one, but by minor mergers where a large galaxy cannibalizes smaller ones. 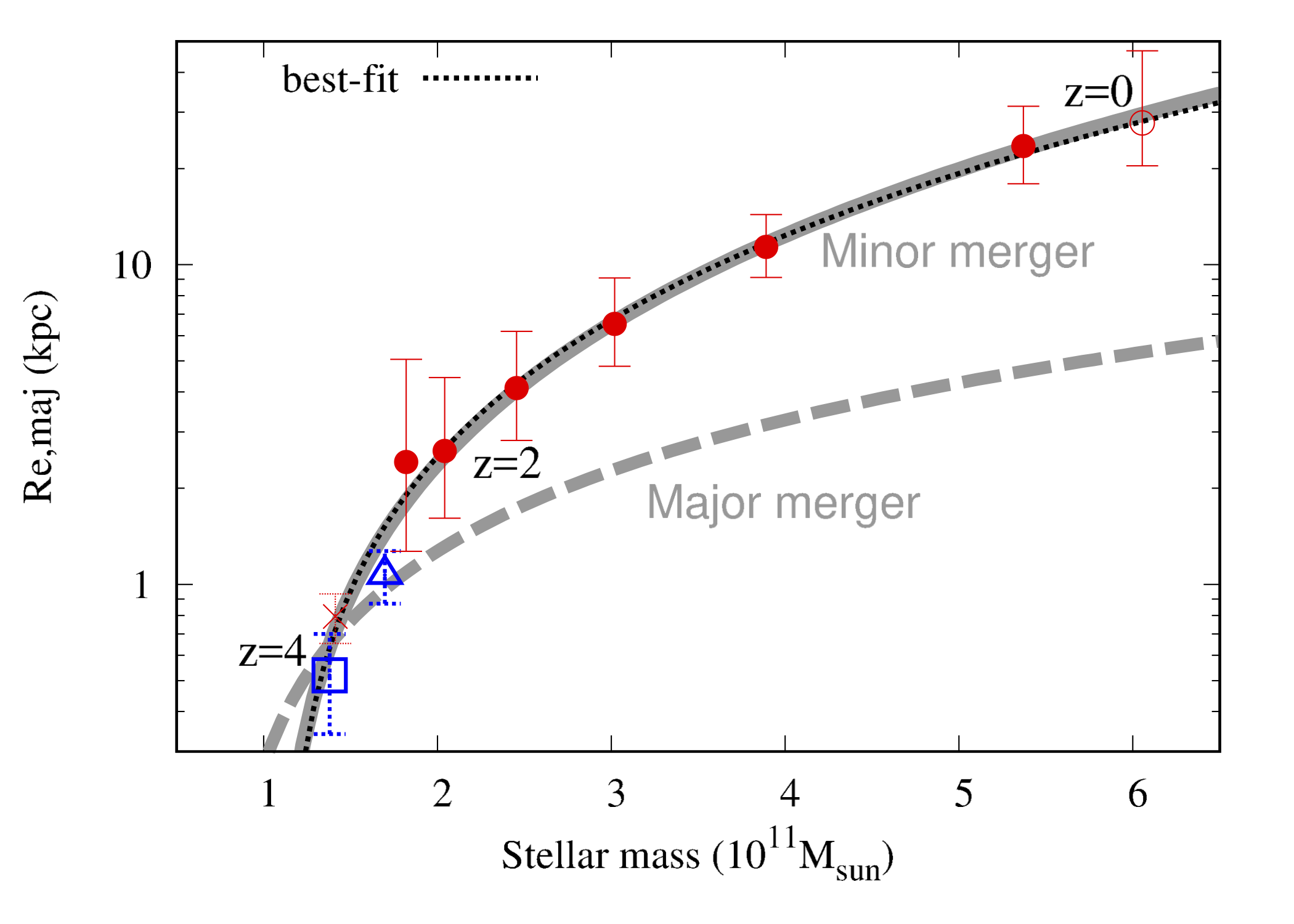 Figure 2: The stellar mass (x-axis) and size (y-axis) relation derived assuming that the most massive galaxies at each epoch are the progenitors of the modern most massive giant elliptical galaxies (red). Gray solid and dashed curves show the size evolution driven by many minor mergers and major mergers, respectively. (Credit: NAOJ)

"We are very excited about the implications of our findings," explains corresponding author Mariko Kubo, a post-doctoral researcher at NAOJ. "But we are now at the resolution limit of existing telescopes. The superior spatial resolution of the Thirty Meter Telescope currently under development will allow us to study the morphologies of distant galaxies more precisely. For more distant galaxies beyond 12 billion light-years, we need the next generation James Webb Space Telescope."