Scientists announced the discovery of 12 new moons orbiting the planet Jupiter, including one oddball that bucks the trend by orbiting in the opposite direction from others of its kind. 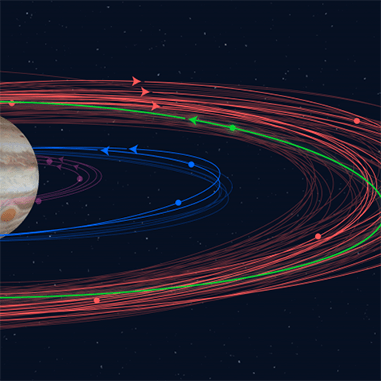 Dave Tholen from the University of Hawaiʻi Institute for Astronomy, Scott Sheppard from the Carnegie Institution for Science, and Chad Trujillo from Northern Arizona University are using the Subaru Telescope to search for the recently theorized Planet X that may lurk far beyond Pluto in our Solar System. This un-known massive planet at the fringes of our Solar System could explain the similarity of the orbits of several small extremely distant objects.

Subaru Telescope's 870-megapixel camera, Hyper Suprime-Cam (HSC) was their top choice because it offers a very wide field of view, equivalent to the area of nine full moons. This makes it extremely suitable for finding a faint object if you are not sure of where it is. The team wanted to kill two birds with one stone so to say and thus put their Subaru search fields for Planet X near Jupiter in order to look for distant Solar System objects beyond Pluto as well as for objects near Jupiter.

Confirming that the newly found objects are truly moons of Jupiter, and not objects just orbiting the Sun, requires multiple observations to pin down their motions, and this usually takes a year. But astronomers can't wait a year to make the follow-up observations, because the objects become lost or difficult to properly associate with the same object, so it's necessary to track the candidate moons multiple times over the course of a year.

Two astronomers from the University of Hawaiʻi Institute for Astronomy provided crucial follow-up observations after the initial discovery observations. Dave Tholen and Dora Fohring used the UH 88-inch telescope in 2018 to help confirm some of the new objects were indeed orbiting Jupiter, making them moons of the planet.

The Subaru Telescope's wide-field imaging data allowed the team to follow the motions of the moons and refine the orbits of these satellites. Even though these are objects in our own Solar System, the observations were challenging. During the time these moons were visible, Jupiter was very close to Earth's own bright moon, so great care was needed to ensure that the images didn't saturate from overexposure. The moons are so faint that they are not actually visible in any single exposure, appearing only when several images are combined.

"New discoveries like these are always exciting. There's that period of time between when the discovery is made and when the confirmation of the discovery occurs, during which the anticipation of going public with the discovery grows. It's especially satisfying when you find something out of the ordinary, and in this case, finding a prograde object whose orbit takes it through the retrograde cloud of satellites definitely falls into that category," said Dave Tholen, PI for the Subaru observations.

"The Subaru Telescope with the state of the art wide-field Hyper Suprime-Cam is the most powerful survey telescope in the world. It allows us to cover large areas of sky and image fainter than other telescopes. Both of which are required to search the vast space around Jupiter in the hunt for new moons of the planet," adds astronomer Scott Sheppard at the Carnegie Institution for Science. 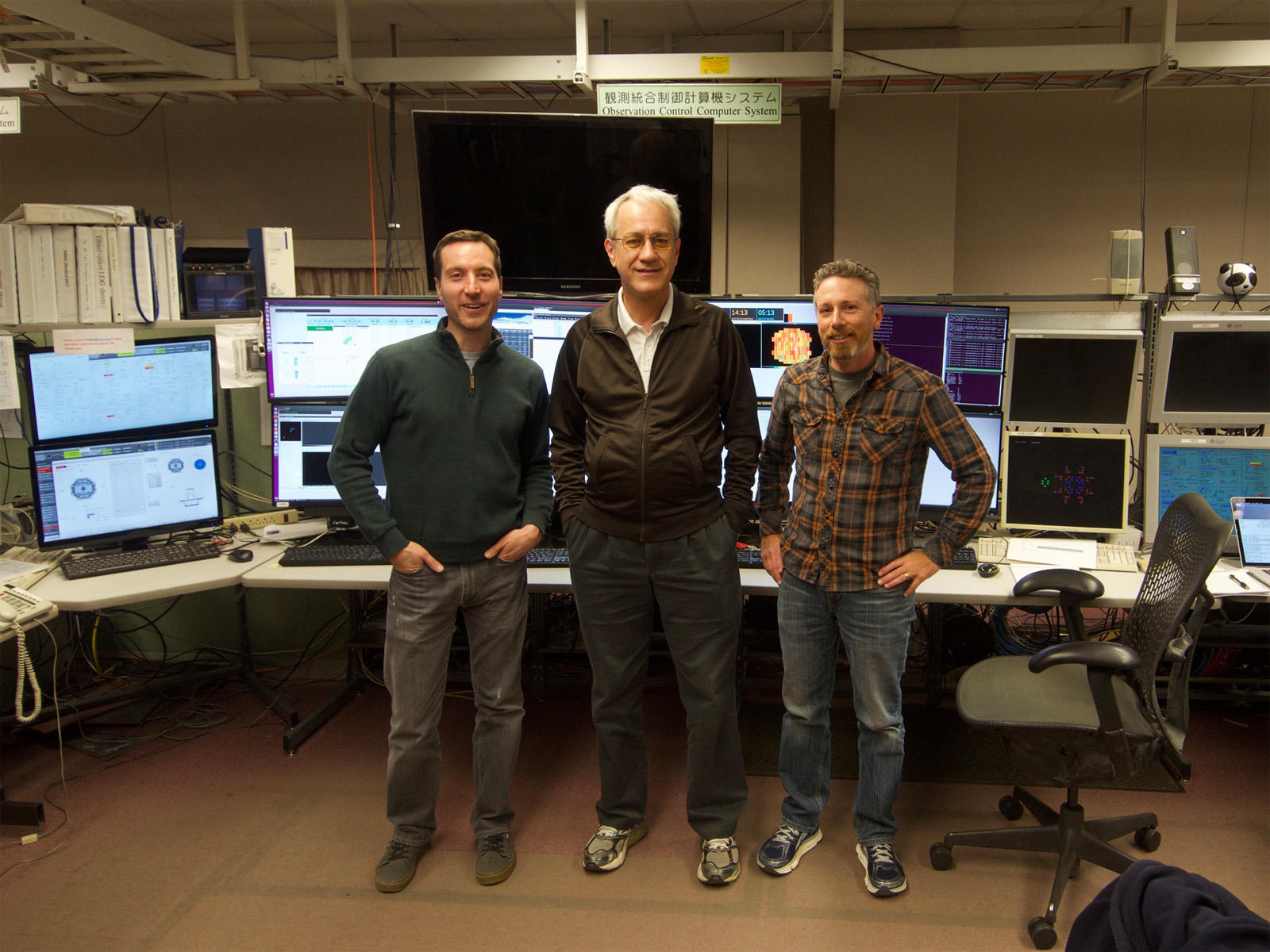