By using Fiber Multi-Object Spectrograph (FMOS, Note 1) on the Subaru Telescope, an international team led by Japanese researchers has made a 3D map of 3000 galaxies 13 billion light years from Earth (Figure 1). Based on this comprehensive survey, the first of such a study at this great distance, the team was able to confirm that Einstein's general theory of relativity is still valid. 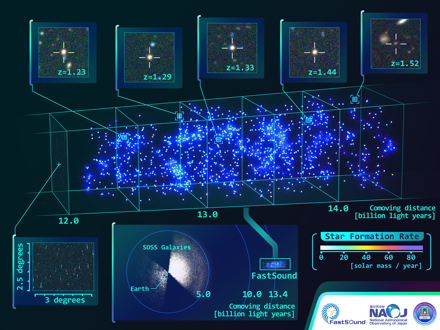 Figure 1: A 3D map of the Universe spanning 12 to 14.5 billion light years. (From Subaru Telescope Press release on August 7, 2013, "Constructing a 3D Map of the Large-Scale Structure of the Universe"; Credit: NAOJ; Partial data supplied by: CFHT, SDSS)

Since it was discovered in the late 1990s that the universe is expanding at an accelerated rate, scientists have been trying to explain why. The mysterious dark energy could be driving acceleration, or Einstein's theory of general relativity, which says gravity warps space and time, could be breaking down.

To test Einstein's theory, a team of researchers led by Teppei Okumura (Kavli IPMU Project Researcher), Chiaki Hikage (Kavli IPMU Project Assistant Professor), and Tomonori Totani (University of Tokyo Department of Astronomy Professor), used FastSound (Note 2) Survey data on more than 3000 distant galaxies to analyze their velocities and clustering. This survey is one of the strategic observation programs at the Subaru Telescope, and used 40 nights of its telescope time from 2012 to 2014.

"We tested the theory of general relativity further than anyone else ever has. It's a privilege to be able to publish our results 100 years after Einstein proposed his theory," said Okumura. "Having started this project 12 years ago it gives me great pleasure to finally see this result come out," said Karl Glazebrook, Professor at Swinburne University of Technology in Australia, who proposed the survey. 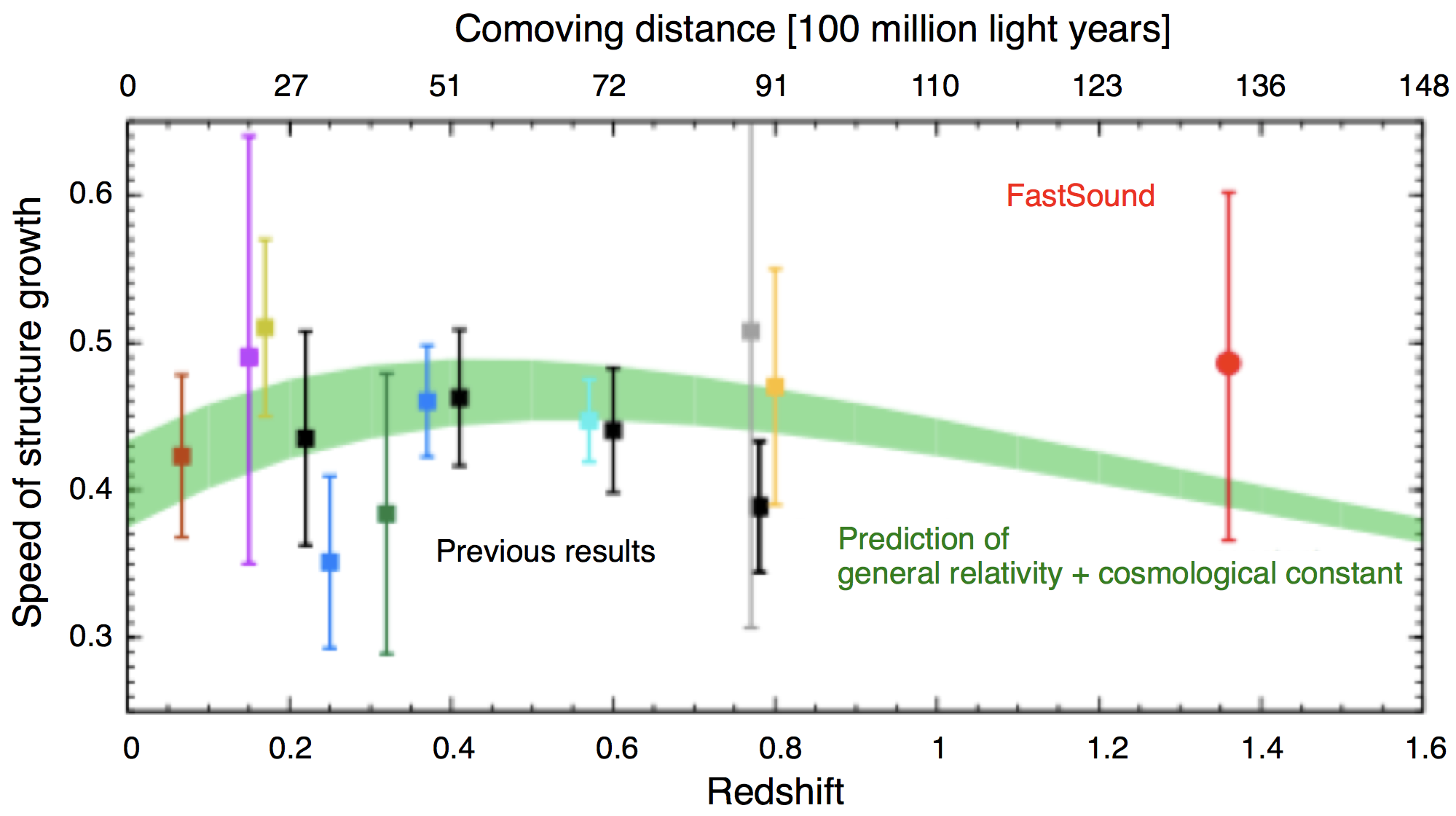 Figure 2: The growth rate and its evolution of the large-scale structure. Horizontal axis shows the redshift as well as the comoving distance (Note 3). Vertical axis is the parameter showing the growth of the large-scale structure. The larger the number is, the faster the growth speed becomes. Green band indicates the range of the growth speed expected from the general relativity theory and the cosmological constant. Red circle is the newly obtained constrained based on FastSound survey. Other values are from previous studies. The FastSound provided a very important constraint on the growth rate for the distant, hence the ancient universe. (Credit: Okumura et al.)

Movie: 3D map of Universe showing distribution of galaxies studied in the FastSound Project. (From Subaru Telescope Press release on August 7, 2013,"Constructing a 3D Map of the Large-Scale Structure of the Universe"; Credit: NAOJ, part of the data provided by CFHT、SDSS)

1.FMOS was constructed as collaboration between the National Astronomical Observatory of Japan (NAOJ), Kyoto University, and the UK Science and Technology Facilities Council (STFC).
2.The name FastSound stands for two important aspects of the project. Fast is short for FMOS Acceleration Sampling Test, which refers to the 3D map from the survey. Sound abbreviates Subaru Observation Understanding Nature of Dark energy, which relates more closely to the scientific purpose of the project, i.e., studying dark energy and its implications for the theory of general relativity.
3.Comoving distance is one of the distance scale used in the cosmology. It is derived from the time that the light spent from the object to reach the observer, including the change caused by the expansion of the universe so far. This press release uses this comoving distance scale.

Publications of the Astronomical Society of Japan