The following release was received from the National Optical Astronomy Observatory (NOAO) and is reprinted here in its entirety for the convenience of our readers (original article).
Two undergraduates at San José State University have discovered two galaxies that are the densest known. Similar to ordinary globular star clusters but a hundred to a thousand times brighter, the new systems have properties intermediate in size and luminosity between galaxies and star clusters (Figure 1). 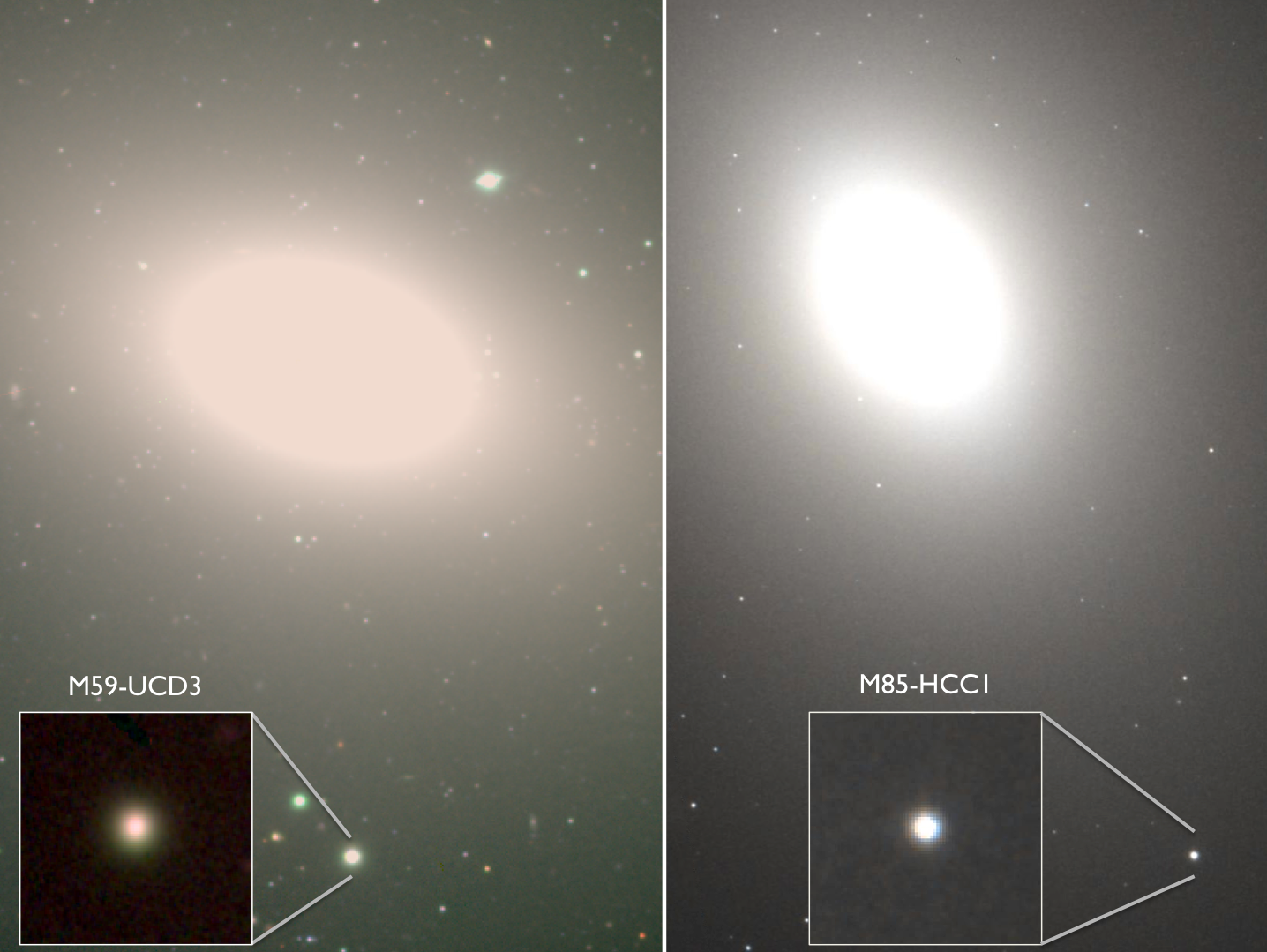 Figure 1: Two ultradense galaxies (insets) have been discovered orbiting larger host galaxies. The compact systems are thought to be the remnants of once normal galaxies that were swallowed by the host, a process that removed the fluffy outer parts of the systems, leaving the dense centers behind. (Image credit: A. Romanowsky (SJSU), Subaru Telescope, Hubble Legacy Archive)

The first system discovered by the investigators, M59-UCD3, has a width two hundred times smaller than our own Milky Way Galaxy and a stellar density 10,000 times larger than that in the neighborhood of the Sun. For an observer in the core of M59-UCD3, the night sky would be a dazzling display, lit up by a million stars (Figure 2). The stellar density of the second system, M85-HCC1, is higher still: about a million times that of the Solar neighborhood. Both systems belong to the new class of galaxies known as ultracompact dwarfs (UCDs). 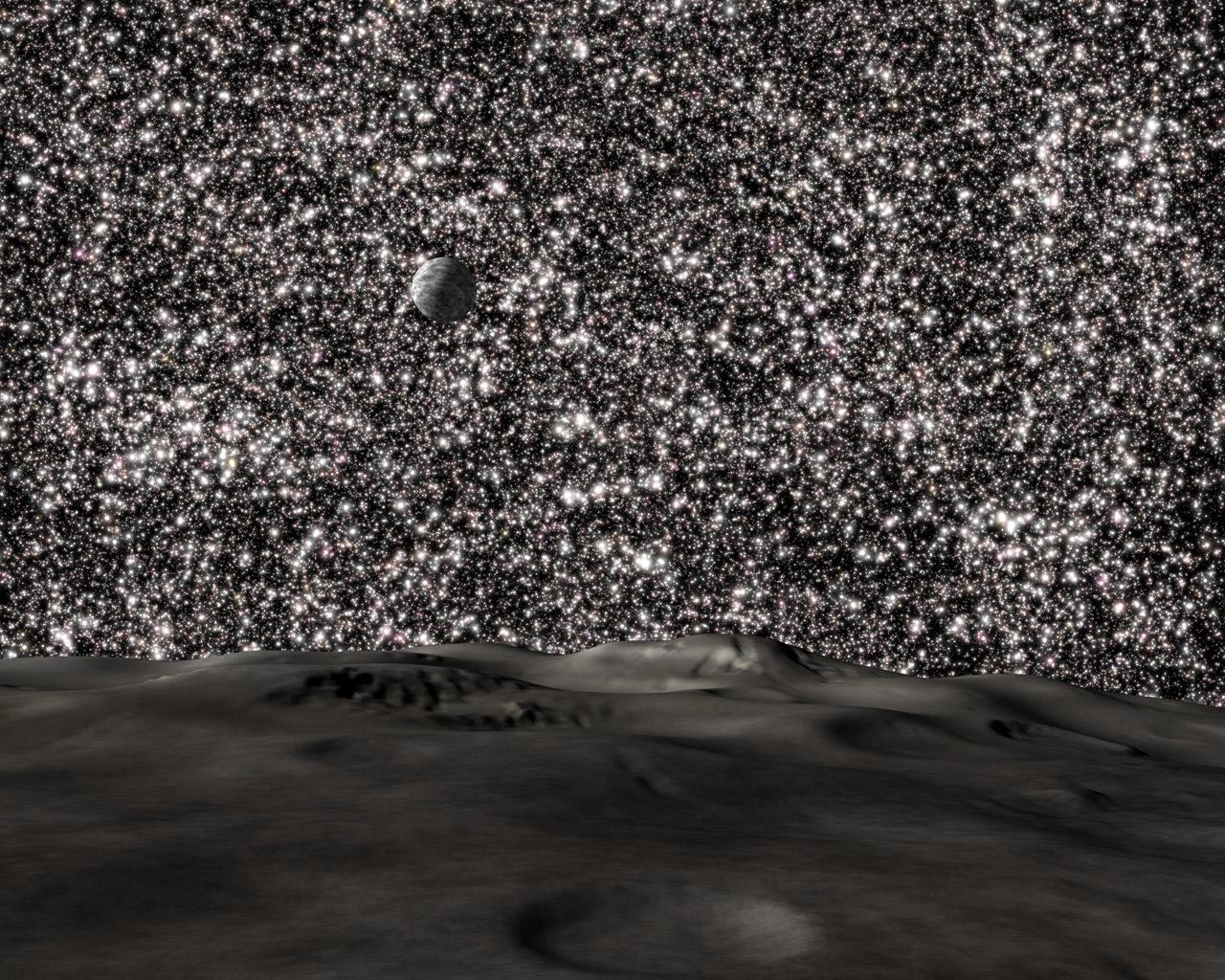 Figure 2: Artist's depiction of the night sky as seen from a planet at the heart of an ultracompact galaxy. More than a million stars are visible with the naked eye, in contrast to the few thousand visible from Earth. (Image credit: NASA, ESA, G. Bacon (STScI) and P. van Dokkum (Yale University))

The study, led by undergraduates Michael Sandoval and Richard Vo, used imaging data from the Sloan Digital Sky Survey, the Subaru Telescope, and Hubble Space Telescope, as well as spectroscopy from the Goodman Spectrograph on the Southern Astrophysical Research Telescope (SOAR), located on the Cerro Tololo Inter-American Observatory site. The National Optical Astronomy Observatory (NOAO) is a SOAR partner. The SOAR spectrum was used to show that M59-UCD3 is associated with a giant host galaxy, M59, and to measure the age and elemental abundances of the galaxy’s stars (Figure 3).

Figure 3: Reconstructed spectrum of light from the ultracompact galaxies M59-UCD3, as seen by the SOAR telescope (top) and M85-HCC1, as seen by the Sloan Digital Sky Survey (bottom). Dark bands are the fingerprints of atoms and molecules in the atmospheres of the stars in the galaxy. These bands reveal the compositions and ages of the stars as well as the velocities of the galaxies.

"Ultracompact stellar systems like these are easy to find once you know what to look for. However, they were overlooked for decades because no one imagined such objects existed: they were hiding in plain sight", said Richard Vo. "When we discovered one UCD serendipitously, we realized there must be others, and we set out to find them."

The students were motivated by the idea that all it takes to initiate a discovery is a good idea, archival data, and dedication. The last element was critical, because the students worked on the project on their own time. Aaron Romanowsky, faculty mentor on the study, explained, "The combination of these elements and the use of national facilities for follow up spectroscopy is a great way to engage undergraduates in frontline astronomical research, especially for teaching universities like San José State that lack large research budgets and their own astronomical facilities."

The nature and origins of UCDs are mysterious -- are they the remnant nuclei of tidally stripped dwarf galaxies, merged stellar super-clusters, or genuine compact dwarf galaxies formed in the smallest peaks of primordial dark matter fluctuations?

Michael Sandoval favors the tidally stripped hypothesis. "One of the best clues is that some UCDs host overweight supermassive black holes. This suggests that UCDs were originally much bigger galaxies with normal supermassive black holes, whose fluffy outer parts were stripped away, leaving their dense centers behind. This is plausible because the known UCDs are found near massive galaxies that could have done the stripping."

An additional line of evidence is the high abundance of heavy elements such as iron in UCDs. Because large galaxies are more efficient factories to make these metals, a high metal content may indicate that the galaxy used to be much larger.

To test this hypothesis, the team will investigate the motions of stars in the center of M59-UCD3 to look for a supermassive black hole. They are also on the hunt for more UCDs, to understand how commonly they occur and how diverse they are.

Movie: Computer animated movie showing the formation of an ultradense galaxy: the giant host galaxy disrupts the smaller galaxy, removing its fluffy outer parts, and the dense center is left behind. The animation then zooms in to a possible embedded planet and supermassive black hole. Click for the full version. (Credit: M. Sandoval, A. Romanowsky (SJSU))