It's Filamentary: How Galaxies Evolve in the Cosmic Web

The following release was received from University of California, Riverside and is reprinted here in its entirety for the convenience of our readers:
(Original Article: http://ucrtoday.ucr.edu/25894)

RIVERSIDE, California - How do galaxies like our Milky Way form, and just how do they evolve? Are galaxies affected by their surrounding environment? An international team of researchers, led by astronomers at the University of California, Riverside, proposes some answers.

The researchers highlight the role of the "cosmic web" - a large-scale web-like structure comprised of galaxies - on the evolution of galaxies that took place in the distant universe, a few billion years after the Big Bang. In their paper, published Nov. 20 in the Astrophysical Journal, they present observations showing that thread-like "filaments" in the cosmic web played an important role in this evolution. 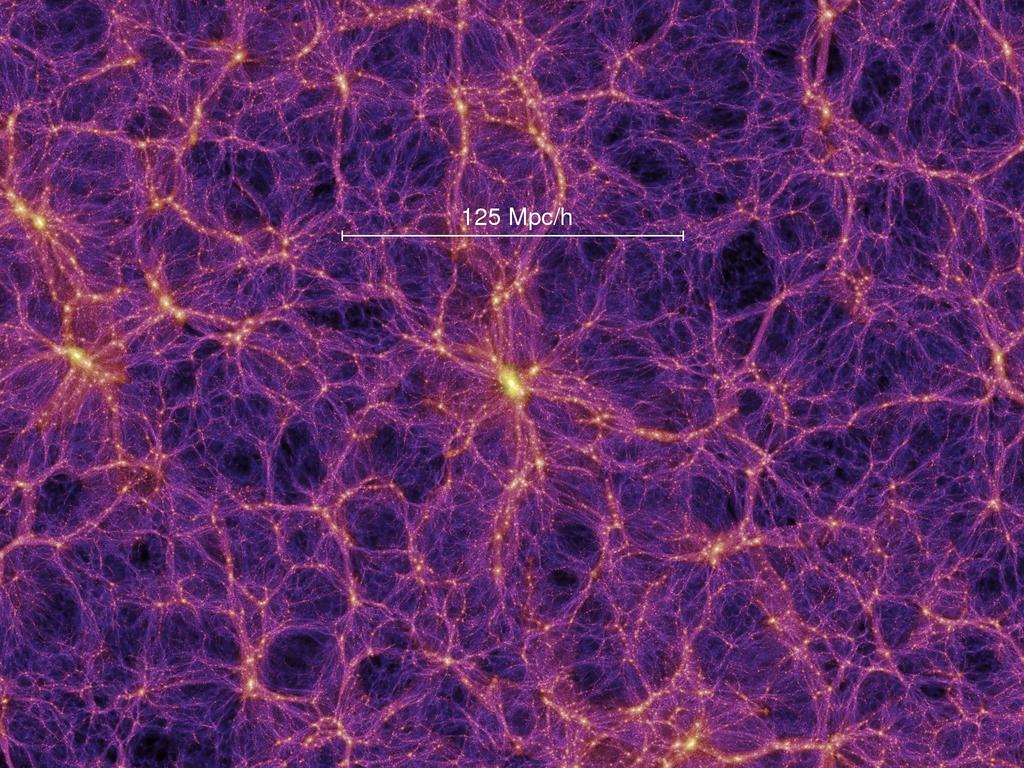 Figure 1: Galaxies are distributed along a cosmic web in the universe. "Mpc/h" is a unit of galactic distance (1 Mpc/h is more than 3.2 million light-years). (Credit: Volker Springel, Virgo Consortium)

"We think the cosmic web, dominated by dark matter, formed very early in the history of the universe, starting with small initial fluctuations in the primordial universe," said Behnam Darvish, a Ph.D. graduate student in the Department of Physics and Astronomy at UC Riverside, who led the research project and is the first author on the paper. "Such a 'skeletal' universe must have played, in principle, a role in galaxy formation and evolution, but this was incredibly hard to study and understand until recently."

The distribution of galaxies and matter in the universe is non-random. Galaxies are organized, even today, in a manner resembling an enormous network - the cosmic web. This web has dense regions made up of galaxy clusters and groups, sparsely populated regions devoid of galaxies, as well as the filaments that link overdense regions.

"The filaments are like bridges connecting the denser regions in the cosmic web," Darvish explained. "Imagine threads woven into the web." (Ref. 1) 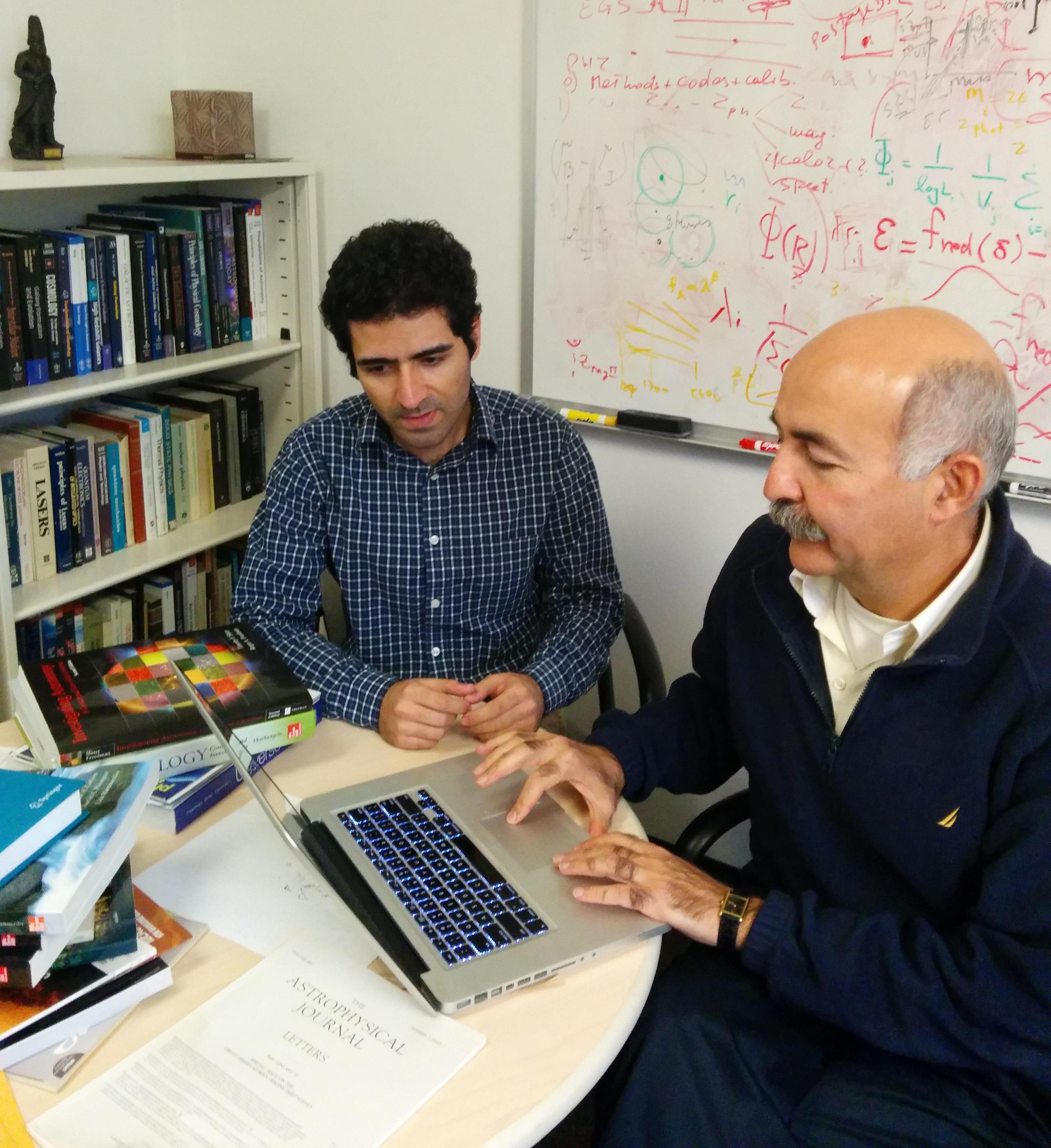 Figure 2: Behnam Darvish (left) and Bahram Mobasher are astronomers in the Department of Physics and Astronomy at UC Riverside. (Credit: UC Riverside)

It is well known in astronomy that galaxies residing in less dense regions have higher probability of actively forming stars (much like our Milky Way), while galaxies in denser regions form stars at a much lower rate.

"But the role of intermediate environments and, in particular, the role of filaments and the cosmic web in the early universe remained, until very recently, a mystery," said coauthor Bahram Mobasher, a professor of physics and astronomy at UCR and Darvish's adviser.

What greatly assisted the researchers is a giant section of the cosmic web first revealed in two big cosmological surveys (COSMOS and HiZELS). They proceeded to explore data also from several telescopes (Hubble Space Telescope, VLT, UKIRT, and Subaru Telescope). They then applied a new computational method to identify the filaments, which, in turn, helped them study the role of the cosmic web.

They found that galaxies residing in the cosmic web/filaments have a much higher chance of actively forming stars. In other words, in the distant universe, galaxy evolution seems to have been accelerated in the filaments.

"It is possible that such filaments 'pre-process' galaxies, accelerating their evolution while also funneling them towards clusters, where they are fully processed by the dense environment of clusters and likely end up as dead galaxies," Darvish said. "Our results also show that such enhancement/acceleration is likely due to galaxy-galaxy interactions in the filaments."

Because of the complexities involved in quantifying the cosmic web, astronomers usually limit the study of the cosmic web to numerical simulations and observations in our local universe. However, in this new study, the researchers focused their work on the distant universe when the universe was approximately half its present age.

"We were surprised by the crucial role the filaments play in galaxy formation and evolution," Mobasher said. "Star formation is enhanced in them. The filaments likely increase the chance of gravitational interaction between galaxies, which, in turn, results in this star-formation enhancement. There is evidence in our local universe that this process in filaments also continues to occur at the present time."

Next, the team plans to extend this study to other epochs in the age of the universe to study the role of the cosmic web/filaments in galaxy formation and evolution across cosmic time.

"This will be a fundamental piece of the puzzle in order to understand how galaxies form and evolve as a whole," Sobral said (Ref. 2).

The UCR researchers were supported in the study by a grant to Mobasher from NASA through the Space Telescope Science Institute.

Research paper was published in the November 20, 2014 issue of the Astrophysical Journal, Vol. 796, No. 1 (Online version was posted on November 4, 2014)
Title: COSMIC WEB AND STAR FORMATION ACTIVITY IN GALAXIES AT z ~ 1