How the Universe Escaped its 'Dark Ages'

The following release was received from Swinburne University and is reprinted here in its entirety for the convenience of our readers:


An international team of astronomers have uncovered an important clue about how the Universe emerged from its "dark ages" some 13 billion years ago. By looking at nearby galaxies, they can infer what may have happened to the first galaxies of our Universe.

For some time astronomers have known that following the big bang, a dense hydrogen "fog" settled over the Universe. During this time, the light produced by the first stars could only travel short distances before it was absorbed by the fog. They call this period the "dark ages" of the Universe, but little is known about what was happening at this time. 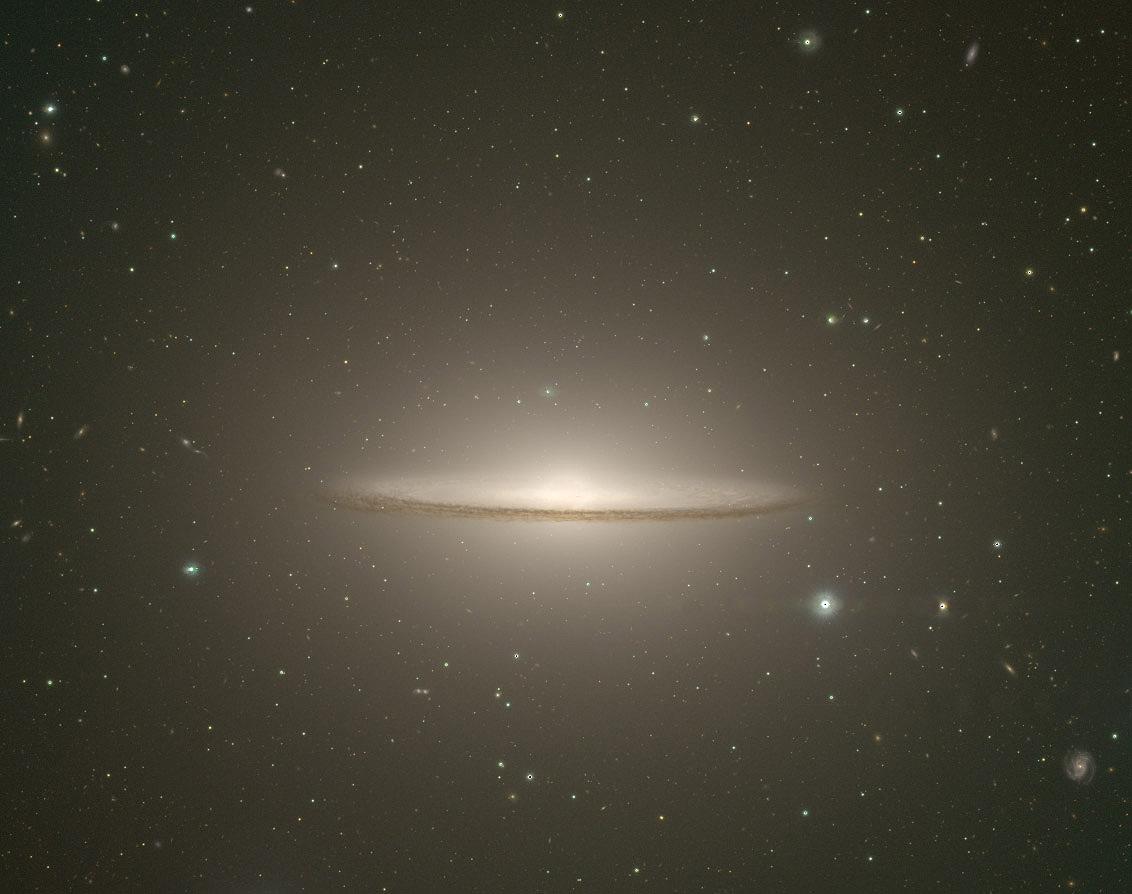 Figure: The Subaru Telescope captured this image of the Sombrero Galaxy (M104), which is a spiral galaxy located in a small galaxy group. According to Dr. Spitler's research, this galaxy may have emerged from the hydrogen fog of the dark ages early in the Universe's history. (Credit: NAOJ)

"During the dark ages, the hydrogen fog condensed in certain places, which allowed the formation of stars, black holes and the first galaxies," said Swinburne University of Technology astrophysicist Dr Lee Spitler.

"These objects were the first significant sources of ultraviolet radiation, which eventually started to burn off the hydrogen fog much like the Sun burns off a morning fog on Earth. We call this process reionisation, because the hydrogen atoms are ionised by the ultraviolet light."

"But what was happening during the Universe's dark ages is somewhat of a mystery because we can't directly see what was going on through the opaque hydrogen fog."

"Obtaining information about reionisation is quite challenging as it occurred so long ago. Since light takes time to reach us, astronomers can observe what was happening at that time, but it is very difficult and pushes modern telescopes to their limits."

To address this problem, an international research team, led by Dr Spitler, tried a different approach: they looked for signs of reionisation in nearby galaxies, which are easier to observe.

"We used nearby galaxies to understand something that happened long ago, in much the same way fossils are used to understand Earth's history," said Swinburne Professor Duncan Forbes.

"We can see regions around galaxies where reionisation has just finished and use that information to understand important questions about the dark ages: What were the first stars like; how were the first galaxies formed; and were there many supermassive black holes?"

When reionisation occurs in a galaxy and clears out the hydrogen fog, it also disrupts the condensation of the fog into locations of new star formation.

The research team looked for signs of this stalled star formation in ancient star clusters and were able to measure when reionisation passed through the region around a galaxy.

This suggests that galaxies in crowded regions of the Universe were more likely to be shrouded in very dense pockets of hydrogen fog. Such dense regions would therefore require larger numbers of light sources and more time to burn off the fog compared to regions with relatively light fog.

"Understanding how reionisation moved through the Universe is very challenging, but of enormous importance in astronomy. Our technique provides a novel way to tackle this problem," Dr Spitler said.