The following release was received from the Kavli Institute for the Physics and Mathematics of the Universe and is reprinted here in its entirety for the convenience of our readers:
(Original Article: http://www.ipmu.jp/node/1206)


Gravitational lensing provides an important means of studying the spatial distribution of dark matter, which cannot be directly seen by usual observations. An international research group led by Masamune Oguri, an assistant professor at IPMU, has made a precise measurement of dark matter distribution in galaxy clusters by analyzing both 'strong' and 'weak' gravitational lensing phenomena observed in images of 28 galaxy clusters taken at the Subaru 8.2-meter telescope. The result settles a long-standing controversy about the central concentration of dark matter distribution. 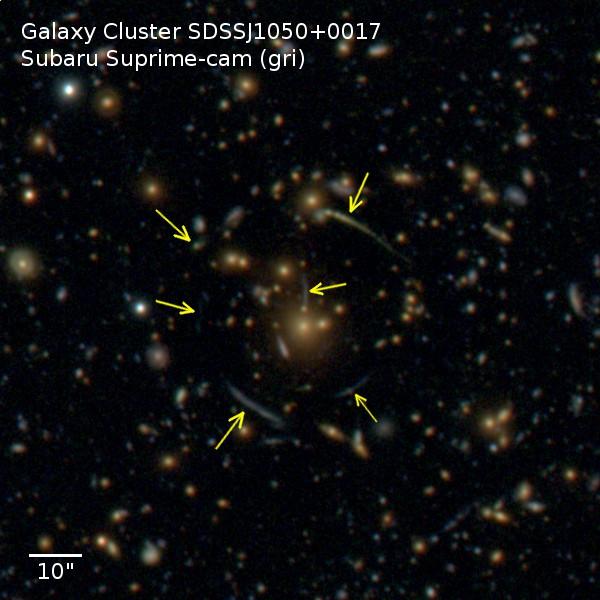 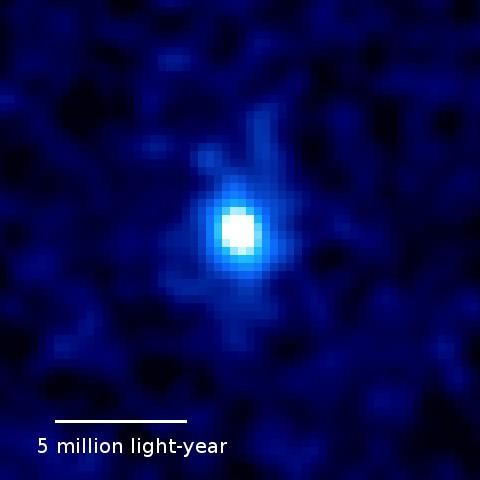 One of the goals of the SuMIRe project, which is a survey led by IPMU for uncovering the origin and future of the Universe with the Subaru telescope, is to explore the nature of dark energy via detailed observations of the cosmic evolution of galaxy clusters. This research result marks an important step toward the goal. The result will be published in Monthly Notices of the Royal Astronomical Society.