The Akamai Workforce Initiative (AWI) has been in operation since 2003 and has placed more than 400 students into summer internships in Hawai`i and California. The goal of the program is to support undergraduate students in STEM (Science, Technology, Engineering, and Mathematics) fields so that they are more likely to be successful in Hawai`i 's technology industries.

Subaru Telescope has participated in the AWI program since 2005 and has mentored 32 students during that time. Each intern works on a project that makes a direct and tangible contribution to the organization to which they are assigned. Past projects have included software improvements, power distribution units, and equipment monitors.

Kyra Ikeda was the AWI intern at Subaru Telescope for the 2021 internship period. Kyra grew up on Oahu and graduated from Pearl City High School in 2017 as a valedictorian. She is currently pursuing a Bachelor of Science in Computer Science at the University of Hawai`i at Mānoa. After graduation, she hopes to apply her knowledge of computer science to oceanographic research and be able to benefit the community. 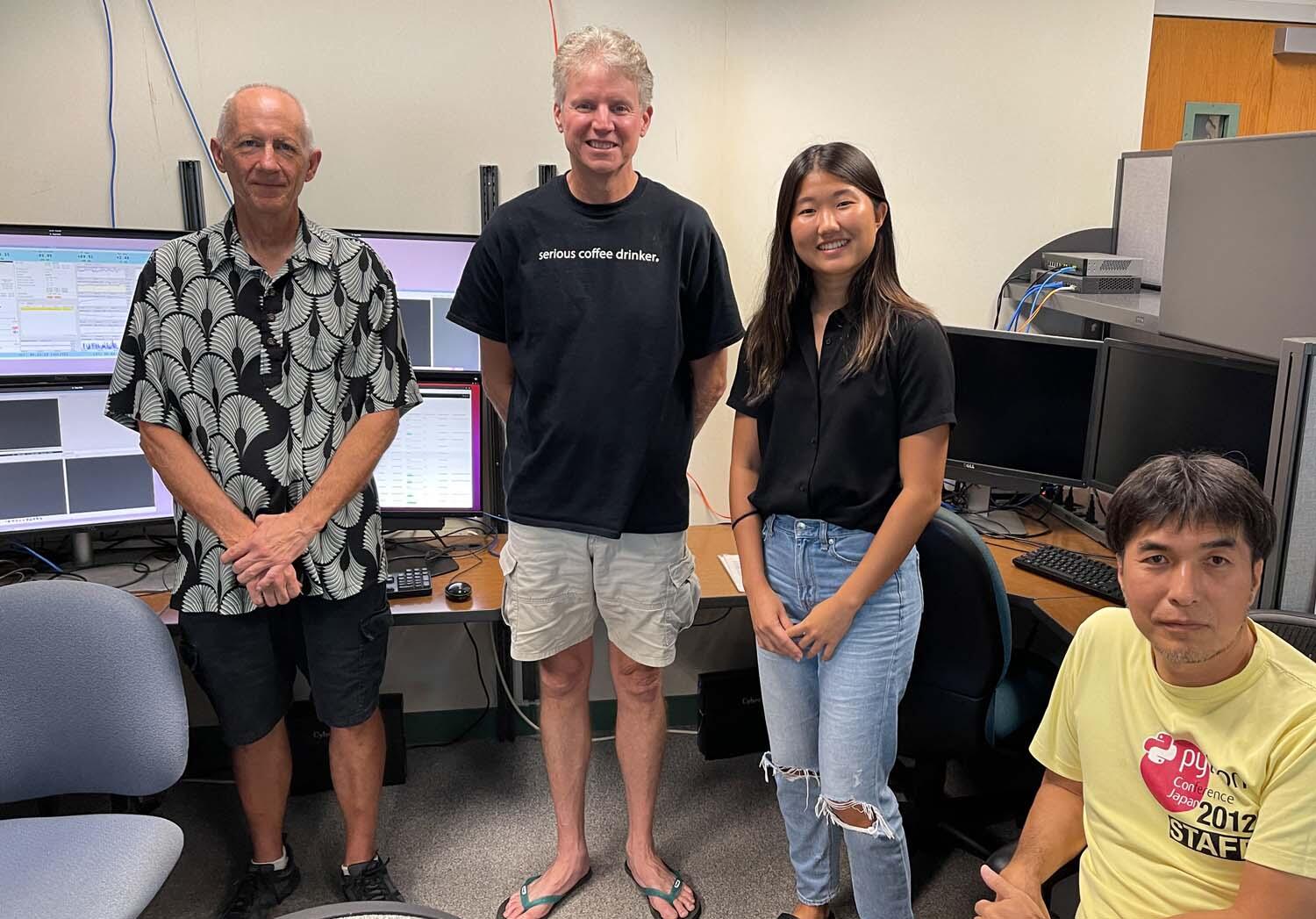 Kyra worked on a project to enhance the Ginga software that Subaru Telescope uses to view astronomical images. The project goal was to improve and develop graphical user interface (GUI) widgets so that Ginga could operate in a web browser.

The Subaru Telescope Software Division developed Ginga, a Python-based toolkit of GUI widgets to build image viewers for scientific data files taken by the telescope instruments. Currently, Ginga exists solely as a desktop application; however, it would be convenient to allow Ginga to run on the web as well. This enhancement would provide ease of access for users worldwide and be beneficial for other applications that are based on the Ginga toolkit.

At the beginning of the project, Kyra was able to run Ginga’s desktop and web versions side-by-side so that she could see which widgets needed their web versions corrected or improved. For example, the controls (buttons, menus, etc.) on several of the widgets were non-functional. She was able to use the JavaScript and Python programming languages as well as the HTML and CSS technologies to improve the web widgets so that they would have a similar look, feel, and functionality as the desktop widgets. The progress made during the course of this project helped to advance Ginga and applications based on it towards the ultimate goal of being fully operable in a web browser.

"Working on Ginga gave me lots of new knowledge to bring back home," said Kyra, "I’m forever grateful for the opportunity to intern at Subaru with my mentors Eric and Russell, especially with the ongoing pandemic."


The AWI is operated by the Institute for Scientist and Engineer Educators at UCSC.