A new science archive that delivers processed, high quality data from Hyper Suprime-Cam (HSC) has been launched. The archive will accelerate scientific explorations of HSC data and hopefully lead to new discoveries. 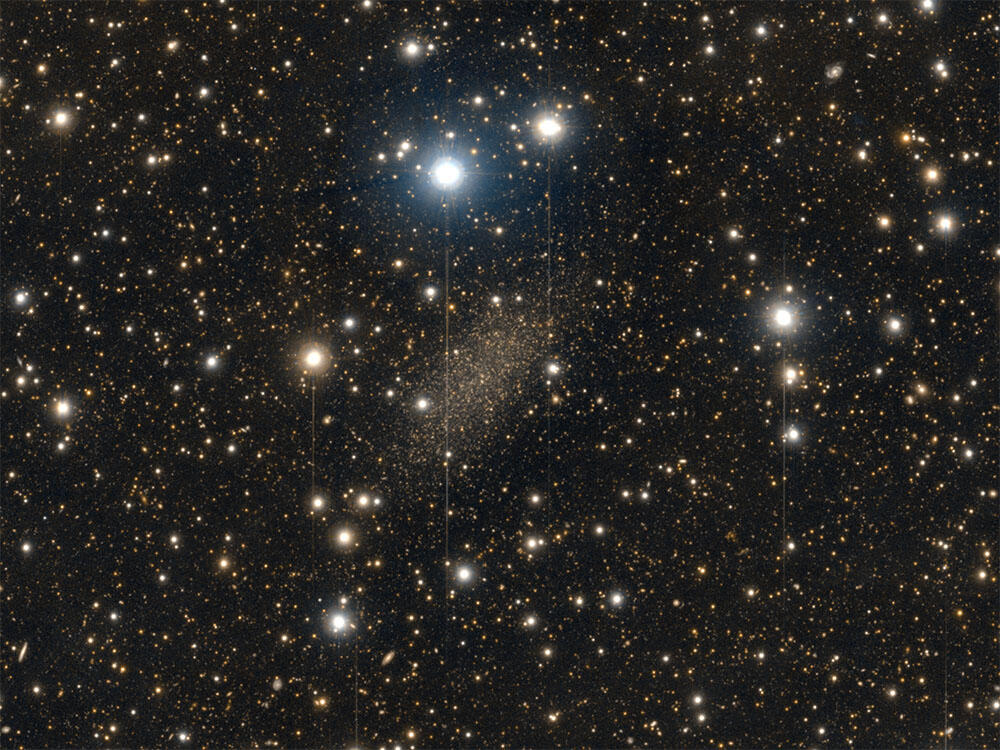 Figure 1: Image released from HSCLA. The Andromeda Galaxy hosts many satellite galaxies around it and the object at the center of this picture is one of them, Andromeda III. This HSC image resolves individual stars in Andromeda III, and detailed analyses of the colors and brightnesses of these stars will unveil how the satellite galaxy formed. The image is based on data taken as part of an open-use program and the color composite is made from the g and i-band filters. Original size (7.9MB) (Credit: NAOJ)

HSC has been in operation since 2014 and has addressed many of the unresolved issues in astronomy. A major part of the HSC observing time is used for a Subaru Strategic Program (HSC-SSP), but it is also widely used for 'open-use' programs from the world-wide community. Raw data (Note 1) from these open-use programs is made publicly available 1.5 years after the data are acquired. However, unfortunately the raw data from HSC are so massive that they have not been fully exploited so far. To improve the situation, Subaru Telescope has launched the Hyper Suprime-Cam Legacy Archive (HSCLA), where processed, science-ready HSC data originally taken as part of open-use programs are made available to the world-wide community. The first data release occurred on January 13, 2021 (Figures 1 and 2).

This first release includes open-use data taken in the first year of HSC science operations (2014). The data cover approximately 580 square degrees of the sky, which is equivalent to ~3000 times of the size of the full moon. Detailed measurements such as position, brightness, and color are performed for 150 million objects. The total data volume amounts to 84 TBytes. 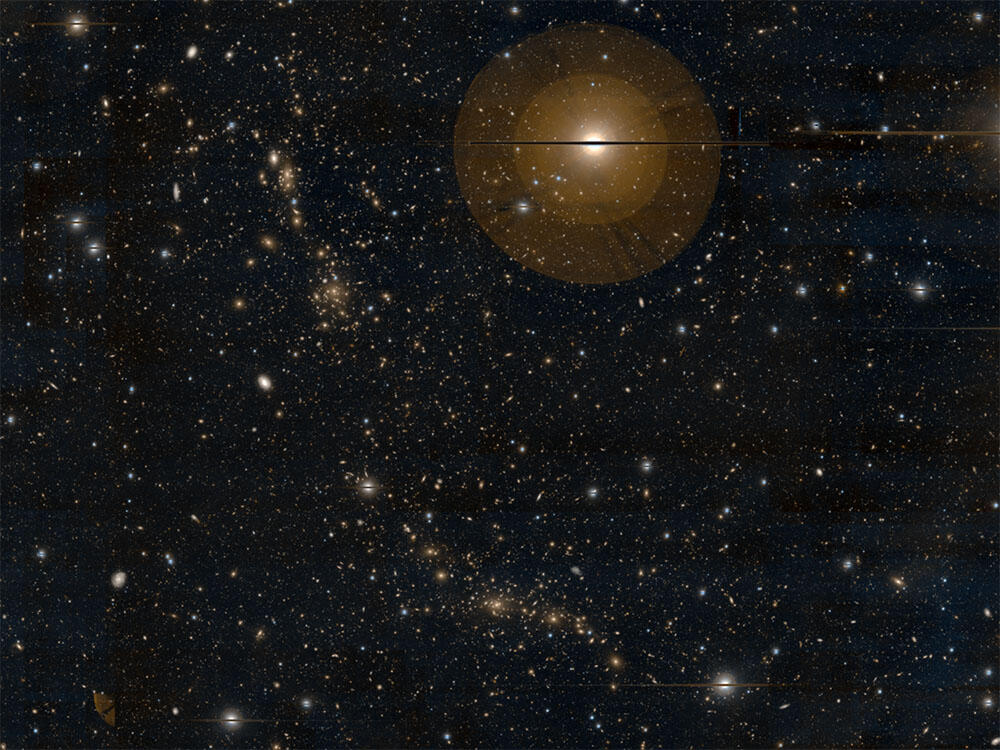 Figure 2: Another image from HSCLA. Galaxies in the Universe are distributed along the 'cosmic web,' where filaments are interconnected, and voids are located between the filaments. At the nodes of the filaments, we often observe massive concentrations of galaxies, which we call clusters of galaxies. The image shows a pair of clusters located at a redshift of 0.21 (2.6 billion light-years away). A cluster pair is a rare object in the Universe and this pair may be in the process of merging with each other. There are about 0.1 million objects in this image (0.23 square degrees). This image is from open-use data from 2014 and the color composite is made from the g and i-bands. Original size (7.6MB) (Credit: NAOJ)

In order to deal with such a massive data set without hassle, HSCLA offers a variety of online data analysis tools. With these tools, anyone can thoroughly investigate the images and catalogs. HSCLA is an open archive, accessible to researchers anywhere in the world, and Subaru Telescope hopes that the HSC data contained in it will be used to its full scientific potential.

Subaru Telescope plans to process more data from the open-use programs and make HSCLA a more attractive science archive. The current release only includes data from 2014. It has already been 6 years since HSC science operations started, and an enormous amount of HSC data has been collected thus far. As of yet unknown objects may still be hidden in these data and the goal of HSCLA is to lead researchers to new discoveries.

The paper about the first HSCLA data release can be found here.


Note 1: 'Raw data' from observations include instrumental signatures such as varying detector sensitivities and also include non-astrophysical signals such as photons from the Earth's atmosphere. In order to carry out scientific analyses of the data, these non-astrophysical effects have to be removed.