Even though it is difficult to hold an event in person in the current situation, Subaru Telescope has been collaborating with other organizations to conduct online outreach activities. In October and November, 2020, the observatory joined 3 online outreach events that were held in Hawaii and Japan.

On October 1 (Hawaii Standard Time), which is the day of harvest moon, Prof. Michitoshi Yoshida, the Director of Subaru Telescope, joined "Tsukimi No Kai" (moon-viewing party) hosted by the United Japanese Society of Hawaii, and gave a video lecture. He firstly introduced the Subaru Telescope and its latest research results, and then presented new findings related to moons, such as the origin of the Earth's moon, and satellites of other planets of the Solar System.

Furthermore, he also showed many beautiful movies and images that were taken on Maunakea where the Subaru Telescope is located. He ended his lecture by expressing a deep sense of gratitude toward local people in Hawaii, saying "Thanks to your great support and love (Okage Sama De!), we have been able to operate Subaru Telescope successfully and produce many excellent science results so far." 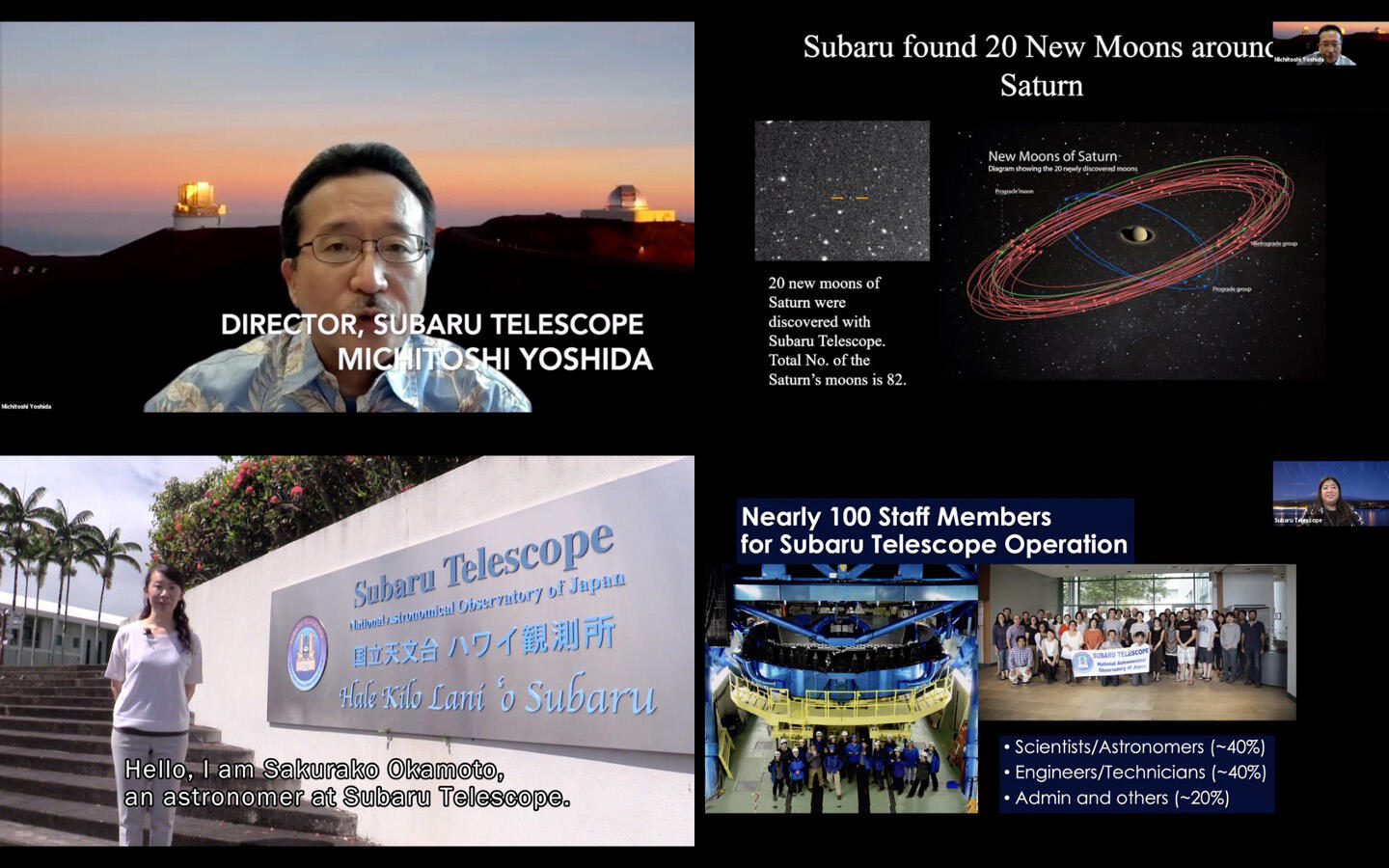 Figure 1: Scenes of the video lectures held in October and November, 2020. Upper panels are scenes of the lecture by the Director Yoshida at the Tsukimi-no-kai. (Credit: NAOJ)

In the video lecture, Dr. Sakurako Okamoto, an astronomer of Subaru Telescope, became a guide and gave a virtual tour of the observatory's Base Facility, which is crucial for the daily operation of the Subaru Telescope. She also introduced the latest results about her own research on galaxies and looked forward to further discoveries that will be made with the next generation of instruments of the telescope.

Movie: The virtual tour of the Subaru Telescope's Base Facility guided by Dr. Okamoto. (Credit: NAOJ)

In "Hawaii Island Virtual Career Expo" that was held on November 16-20 (Hawaii Standard Time), Ms. Carolyn Nakasone-Medeiros, a Human Resources assistant of Subaru Telescope, gave a video lecture to local students on the Big Island of Hawaii. She spoke about occupations needed in the operation of the Subaru Telescope as well as the necessary skills and how to be prepared for those positions. At the end of her lecture, she encouraged the young students who are the leaders of our future by saying "May the stars always shine bright in your future."

Subaru Telescope will continue to conduct various outreach activities, including the use of movies and other visual materials.