The global spread of the novel coronavirus infection (COVID-19) continues to have a significant impact on social activities in Hawaii and the operation of the Subaru Telescope.

"In response to the 'stay-at-home order' (stay-at-home and work-from-home) issued by State of Hawaii to prevent the spread of the coronavirus (COVID-19), Subaru Telescope suspends its operation and astronomical observation temporarily from March 25 to April 30, 2020 (HST)."

Prof. Michitoshi Yoshida, the director of the Subaru Telescope, looks back on the hard decision, saying, "A chill ran down my spine as the number of cases in the State of Hawaii rapidly increased and then the state issued the 'stay-at-home order' though I thought here was a relatively safe place. This was not a time to continue observations, and we had to take safety measures for our staff and the local community. We discussed the issue with the other observatories on Maunakea, and decided to suspend operations at the observatory in a concerted manner. The weather at the summit area of Maunakea was starting to stabilize with the arrival of spring. It deeply pained me to have to suspend the observations."

Figure 1: The announcement posted on the Subaru Telescope's website on March 24, 2020. (Credit: NAOJ)

On March 2, 2020, when signs of the pandemic were appearing, the Subaru Telescope set up a countermeasures working group. The Safety Office, under the direction of the director, took the lead in gathering information and discussing what the observatory should do to ensure the safety of its staff and the local community.

On March 17, the observatory decided to prohibit its staff from traveling and accepting visitors, shift to teleworking, and reduce the scale of work on Maunakea. The following week, the Subaru Telescope suspended its operations and observations in response to the statewide "stay-at-home" order.

It was frustrating not to be able to make observations even though the telescope was standing there and the weather was good. Some of the staff who had always worked on site to keep the telescope and instruments in the best condition were confused by the newly-introduced teleworking system, wondering when they could return to the site.

The downtime of the telescope was effectively used to carry out tasks that would normally be difficult to concentrate on, such as the re-organization of various manuals. In response to the shortage of masks and other supplies on the Island of Hawaii, the observatory donated personal protective equipment that had been prepared for telescope maintenance to Hilo Medical Center. 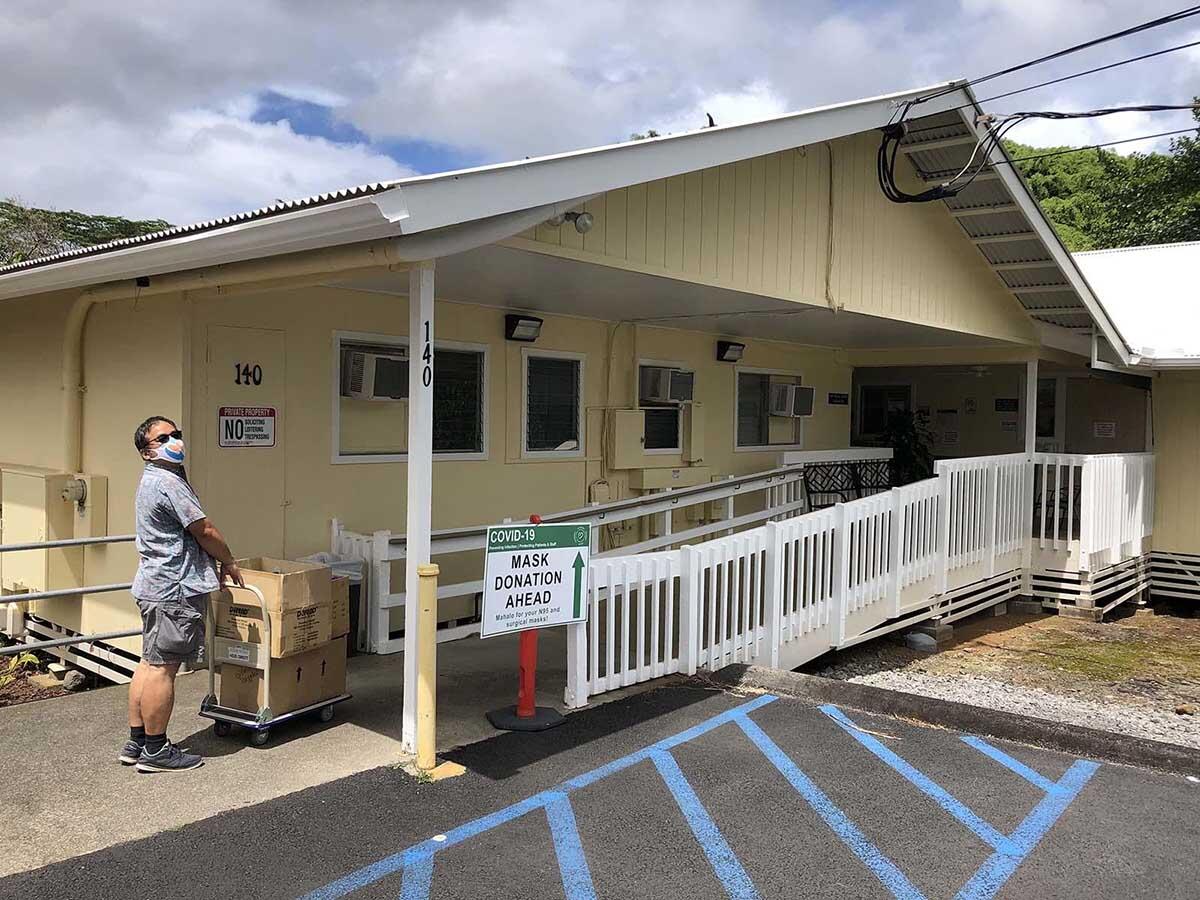 On the other hand, March and April are in the middle of the busy season for accounting clerks. "We cannot afford to delay payment procedures or financial reports under any special circumstances, which would inconvenience all parties." Mr. Satoshi Sugawara, the chief of the accounting office of the observatory, speaks of the tensions at the time. "Accounting work requires a particularly high level of information security, and we managed to overcome this important period with the cooperation of the computer management division and others to ensure that we would not be disrupted even if we had to work from home."

On May 7, the State of Hawaii allowed astronomical observatories to resume operations while the number of infected people is being monitored and a phased reopening of activities is being sought. However, this did not mean that the telescope could move immediately after a long hiatus. The divisions in charge of the telescope and observation instruments had careful inspections over a week to make sure it was safe to operate. The Subaru Telescope finally resumed observations on the night of May 18. 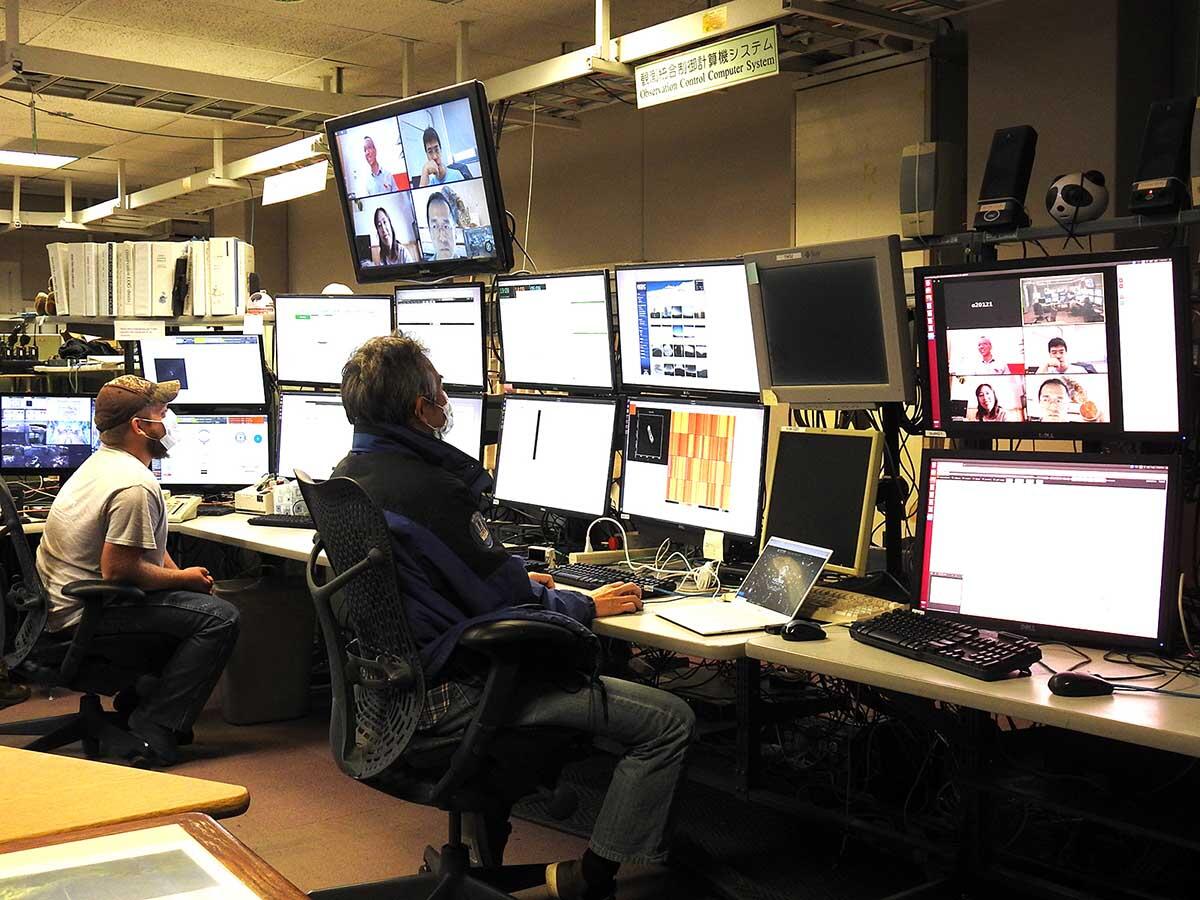 Figure 3: A scene on the second night of the first observation run after seven-week downtime. Astronomers of the research team joined the observation via TV conference system, while two observatory staff members were working in the observation room of the Subaru Telescope. (Credit: NAOJ)

Hyper Suprime-Cam (HSC), an ultra-wide-field camera mounted on the prime focus of the telescope, was used during the first run of observations after the long downtime. The weather conditions were excellent. On the second day of the run, a "green flash" was seen from the summit area of Maunakea as the sun was setting. It is said that a green flash is a rare phenomenon and good luck will come to those who see it.

"Many people had already died all over the world at that time, and the whole society seemed to be really in a state of stagnation. When I saw the green flash, which appeared to me as a celebration of the reopening of the Maunakea observatories, I felt relieved and saw a small glimmer of hope for the future." Dr. Ichi Tanaka, a support astronomer of the Subaru Telescope, who found the green flash, puts his true feelings into words. 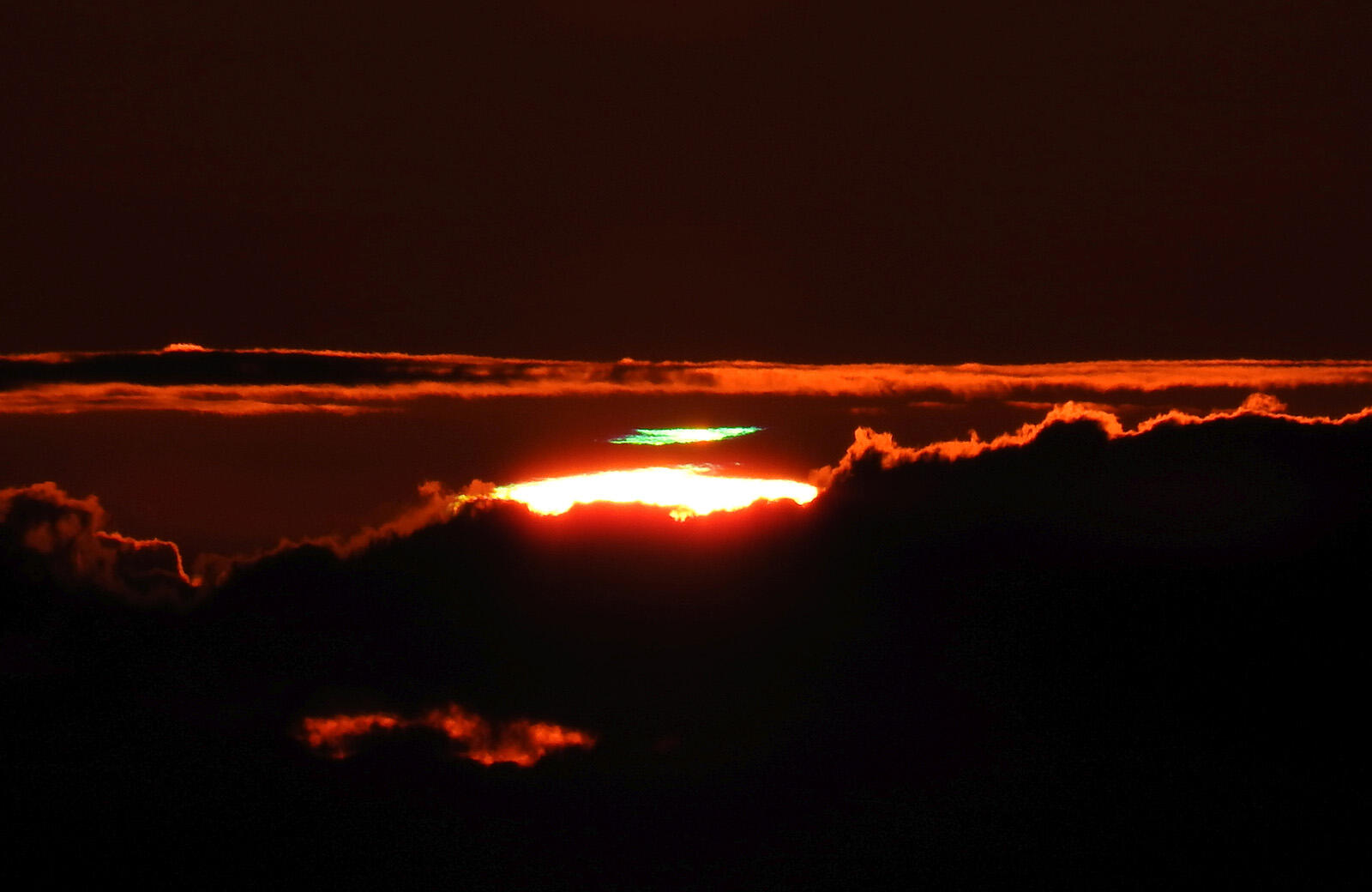 Figure 4: The green flash seen from the summit area of Maunakea on the second day of the first observation run. (Credit: NAOJ)