COMICS' unique capability to detect the longest wavelengths (8-25 microns) in the infrared observable from the ground led to wide-ranging scientific accomplishments such as uncovering complex organic molecules in a comet and new insights into the nature of building blocks of planets. 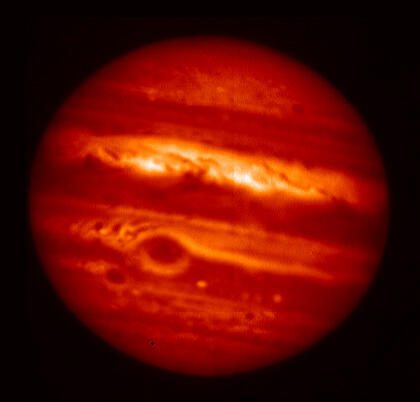 On the final night of COMICS observations, Professor Yasumasa Kasaba of the Tohoku University conducted his team's observation from the remote observation room on the NAOJ's Mitaka campus. Professor Kasaba looks back on the night, saying, "This time we conducted observations of Jupiter with COMICS in support of NASA's Juno spacecraft, which has one year left to complete its mission. We will miss the unique capability of ground-based observations in the mid-infrared, which gives a wide variety of information on the structure of planetary atmosphere in collaboration with spacecraft missions."

COMICS is good at tracing "warm universe" which radiates considerably in the mid-infrared. In particular, cosmic dust grains emit a characteristic light, which can be analyzed to reveal their detailed properties and distributions. In addition, observing at mid-infrared wavelengths makes obtaining the sharpest images attainable at those wavelengths defined by the aperture size of the telescope (diffraction limits) easy.

On the other hand, warm objects on the ground, such as the telescope itself, the enclosure, and the Earth's atmosphere, all interfere with observations in the mid-infrared. The water vapor in the atmosphere also blocks the faint mid-infrared light from celestial objects. However, thanks to the dry environment at the summit of Maunakea, the technology to cool the detector down to -269 degree Celsius, and the special technique to subtract the infrared radiation from the ground, COMICS had been successful in collecting superb data. 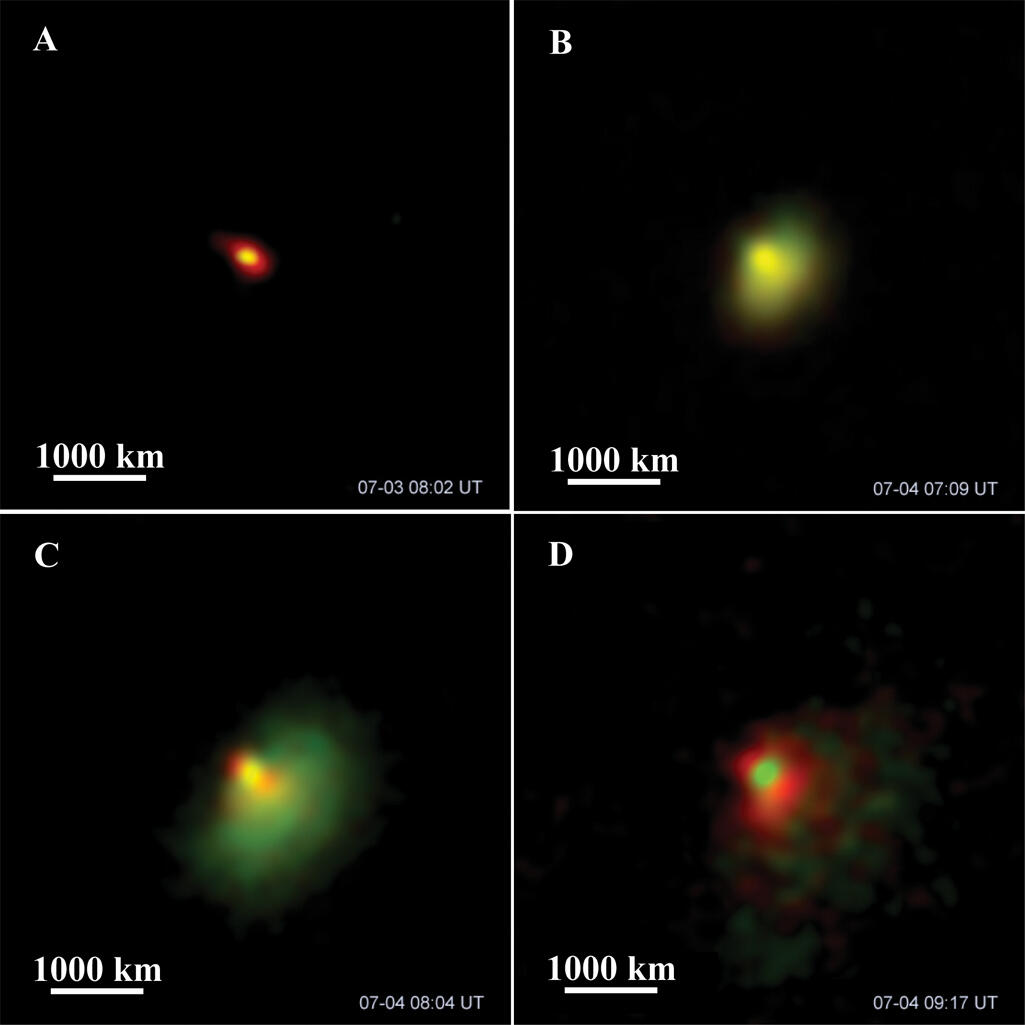 Figure 2: Mid-infrared images of the Comet 9P/Tempel 1 after the Deep Impact collision. Red shows carbon-rich dust from the comet surface, and green shows silicate-rich fresh dust from underneath the comet surface. The fresh comet material is dispersed into space over several hours of time. (Credit: NAOJ)

In 2005, COMICS observed the collision between NASA's Deep Impact spacecraft and the Comet 9P/Tempel. The investigation revealed the composition and amount of the material ejected by the impact.

Observations of the young star Beta Pictoris with COMICS discovered a ring of planetesimals around the star, identifying the location of dust particles produced in a young planetary system. It was an important contribution to the understanding of the planet formation process.

COMICS observed objects even in the distant universe. High spatial resolution images obtained by COMICS were crucial in separating quasars that were split into multiple figures by gravitational lensing. The results have provided new insights into the structure of both the distant quasars and the lensing galaxies in the foreground. These remarkable findings made possible by COMICS are still being regularly cited.

Dr. Takuya Fujiyoshi, a Support Astronomer at the Subaru Telescope, who had been assisting COMICS observers for many years, looks back on COMICS' role, saying, "COMICS would perhaps never become a prom queen or king, but once on a dance floor, moves are so sharp and smooth, everyone would turn and say in amazement 'Who is that?' -- I suppose COMICS may have been that sort of classmate."

Dr. Fujiyoshi further adds, "With the retirement of COMICS, we have now completely lost this special 'eye' on Maunakea, at least from 8-meter-mirror class telescopes, including of course our own observatory. It's very sad but I sincerely hope that the seeds that were sown by COMICS will brilliantly blossom in the next generation of innovative instruments like MICHI and MIMIZUKU (Note 1)." 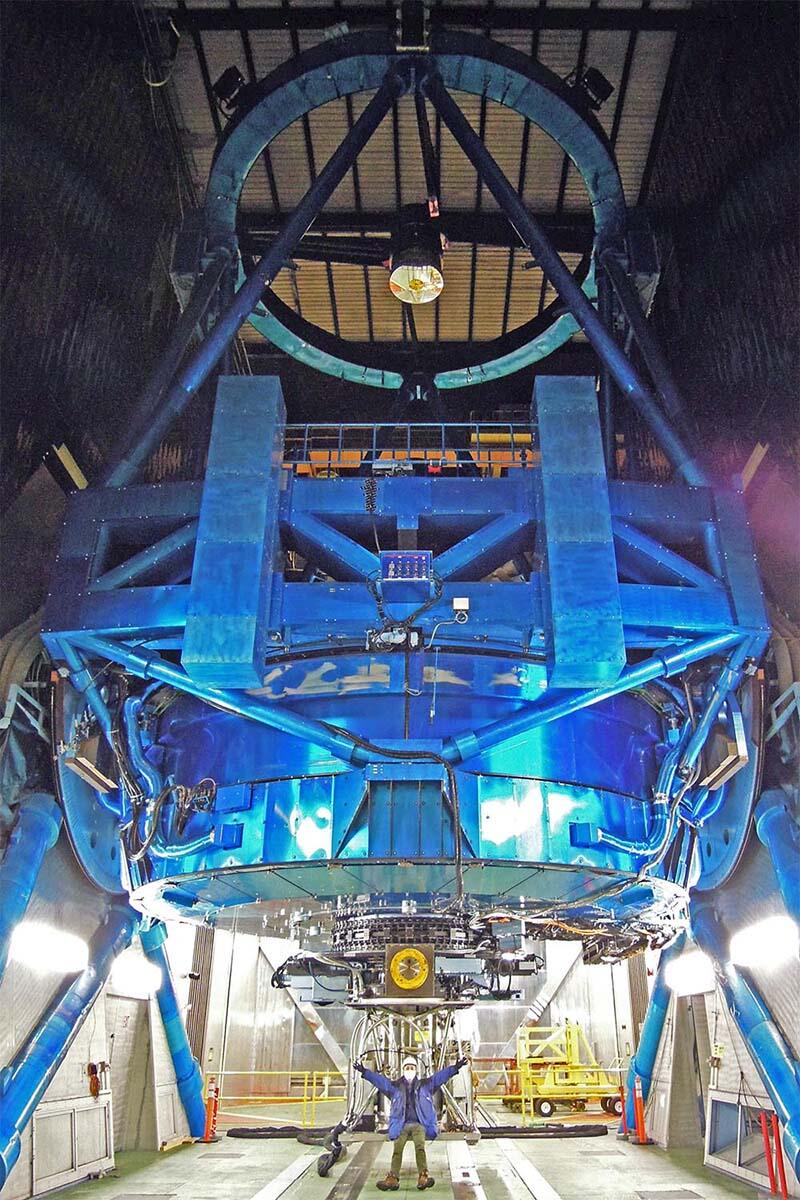