Dr. Tadafumi Matsuno, who earned a PhD from SOKENDAI (The Graduate University for Advanced Studies) in March 2020, received the 4th SOKENDAI Award for his PhD thesis by the research using the Subaru Telescope. The title of the thesis is "High-Precision Abundance Study for the Milky Way Halo Stars with Kinematics and Asteroseismology. " The awards ceremony was held in Tokyo on March 25, 2020. 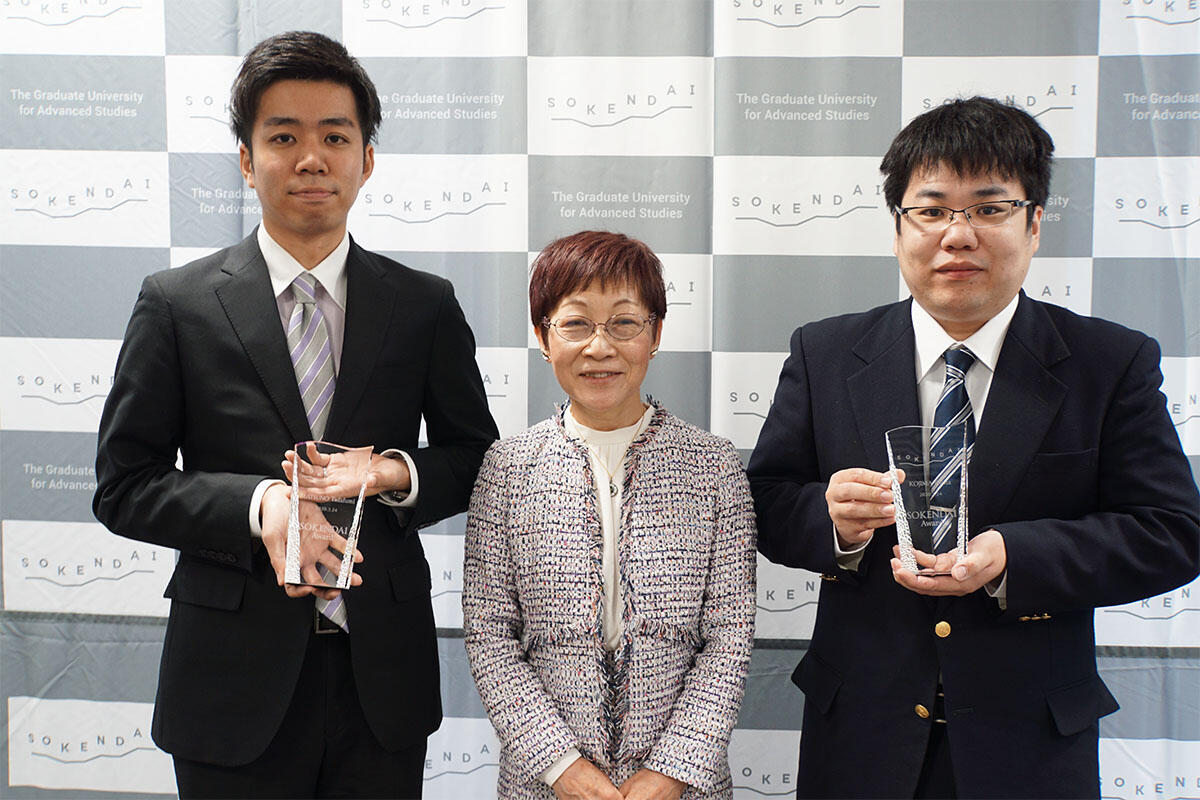 The Galactic halo is a diffuse structure of stars surrounding the spiral structures of the Milky Way. Astronomers have been trying to understand how and when it has formed in the cosmic time by studying the property of individual stars, such as their ages, orbits in the Milky Way, and chemical compositions. Matsuno and his collaborators use the High Dispersion Spectrograph (HDS) on the Subaru Telescope to measure chemical abundance of red giant stars whose ages have been estimated from stellar oscillations observed with NASA's Kepler mission (Note 1). They supplement this information with distance and orbit estimated from ESA's Gaia mission. This study extends the reach of comprehensive approach previously applied only to stars in the solar neighborhood, by targeting red giant stars in the Galactic halo.

It has been known that the Galactic halo contains two components: one that has formed in the main body of the Milky Way, and the other that has formed in external galaxies and later accreted onto the Milky Way (accreted component). By combining the results obtained from stellar oscillations and the chemical abundance measurements from high-resolution spectroscopy, the research team concluded that the formation epochs of the two components are not different by more than 1.5 billion years (Figure 2), opposed to some predictions in which the accreted component is considered to be younger. They further investigated detailed chemical abundance pattern of the stars, estimating the formation time scale of the accreted component to be 100-300 million years. The interpretation of these results is expected to be provided from more detailed future studies. 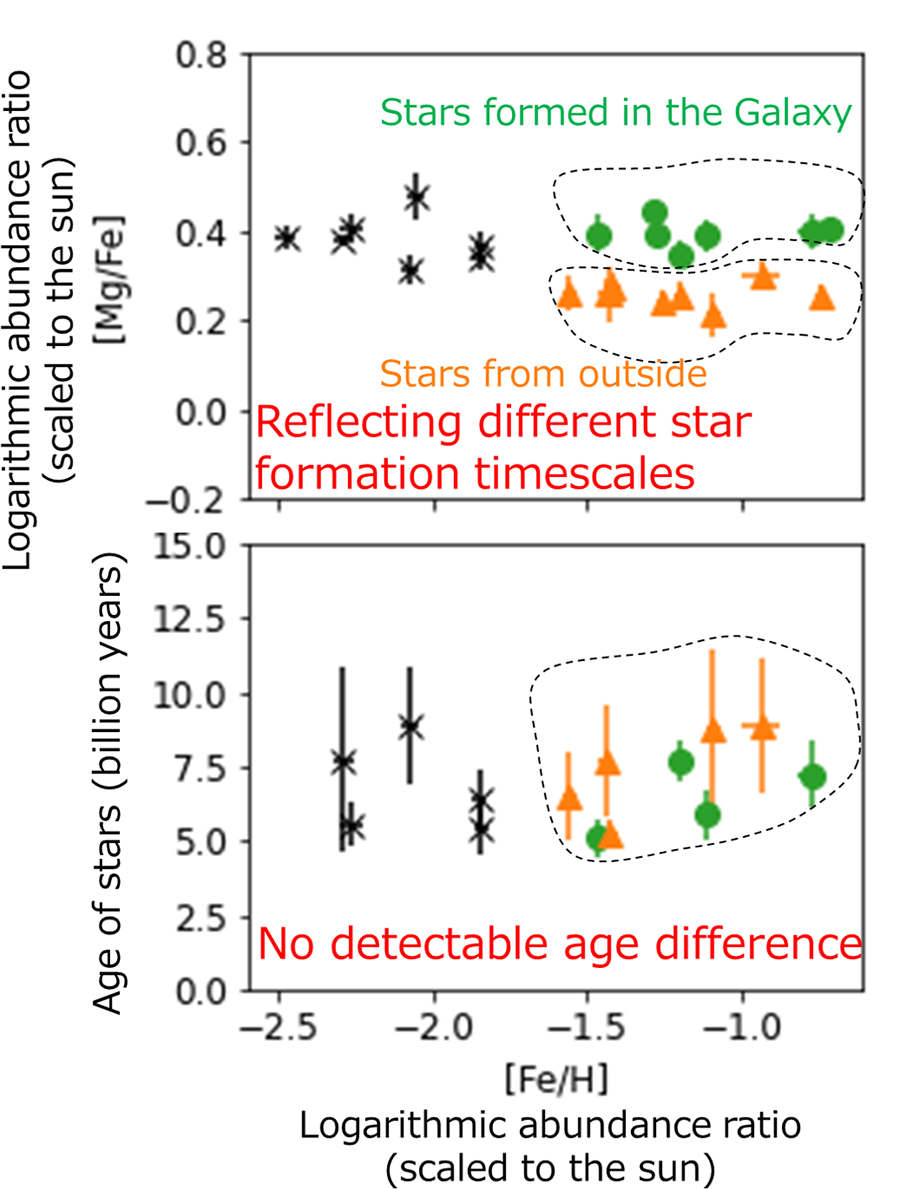 The other parts of his thesis report the property of peculiar stellar populations found from the combination of spectroscopy and asteroseismology, as well as the chemical property of a dynamical substructure in the Galactic halo found from the Gaia mission.

Dr. Matsuno (currently a postdoctoral researcher at the University of Groningen, the Netherlands) says, "I am very honored to receive the SOKENDAI award. I am glad that our contribution to unraveling the formation processes of the stellar populations in the Galactic halo, which is a rapidly growing field in astronomy, is highly evaluated. I am grateful to the Subaru Telescope for providing us with the opportunity to realize our idea, the telescope staffs for supporting our observations, and the PhD supervisor and collaborators for their support to the research."

(Note 1) Stars like the Sun expand and become very luminous in the late phase of their evolution, called the red giant phase. Stars are oscillating in general, which emerges small variations of the brightness. Precise measurements of the variation of brightness enable us to diagnose the internal structure of a star through the analysis of stellar oscillations, which leads to an estimate of the mass of a red giant. The time required for a star to evolve to the red giant phase depends on the stellar mass, hence, the age of a red giant can also be estimated from the stellar oscillations.