The award recognizes their achievements in "research on gravitational-wave events caused by merging neutron stars." The commendation ceremony was held at MEXT (located in Chiyoda Ward, Tokyo, Japan) on April 17, 2019. 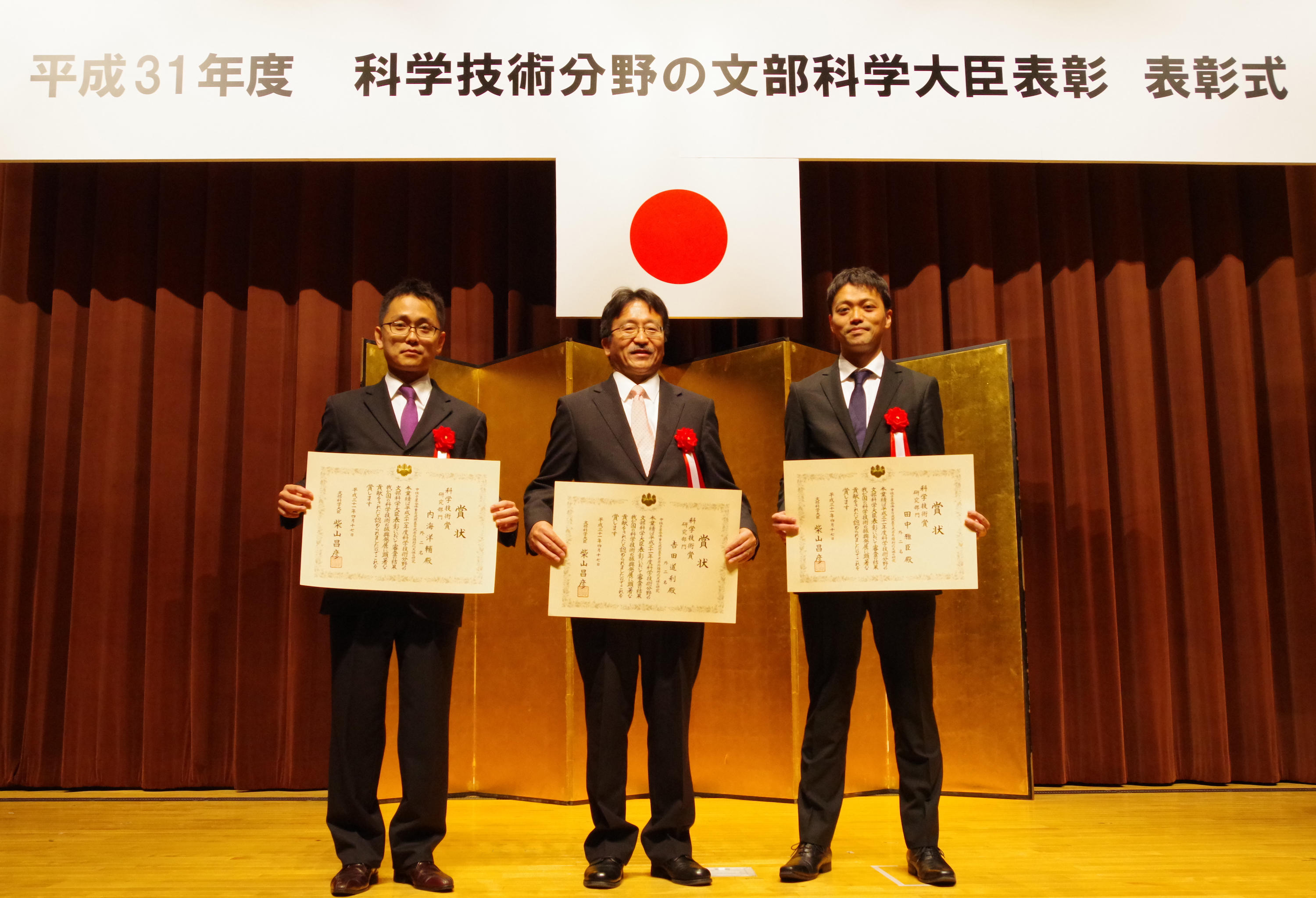 On August 17, 2017, gravitational wave observatories in the USA and Europe detected a signal coming from a gravitational wave source called GW170817. A Japanese research team led by Dr. Yoshida immediately conducted follow-up observations using the Subaru Telescope and other telescopes, and as a result, successfully captured optical and infrared counterparts of the gravitational wave source. This was the first time that a gravitational wave source was detected by electromagnetic wave observations. Furthermore, it became clear that the characteristics of the brightness fluctuations in the object were largely consistent with theoretical predictions of electromagnetic wave radiation emitted when merging neutron stars synthesize elements heavier than iron. These are significant results that could elucidate the origin of heavy elements.

Upon receiving the award, Dr. Yoshida, leader of the research team, said, "I' m very glad that I could contribute to pioneering multi-messenger astronomy by cooperative observations of gravitational and electromagnetic waves. This result couldn't have been achieved without the close cooperation between the Subaru Telescope and telescopes owned by Japanese universities. I want to express my thanks to all the research team members. I want to continue promoting collaboration between Inter-University Research Institute Corporations and universities, and make even greater achievements."

Dr. Utsumi, a Research Scientist who played a key role in the Subaru Telescope observations said "We achieved this first-time observation by combining observational instruments we made ourselves, the effective use of the tools available to us, and wisdom shared by our colleagues. I am glad that joining these elements led to such an honorable award. I will do my best so that we can achieve further scientific results."

Dr. Tanaka, an Associate Professor who worked on the theoretical predictions, said "It is a great honor to receive such a prestigious award. I am very happy that I could see the electromagnetic signal predicted in my simulation, and that I could find a clue to solve the longstanding mystery of the origin of the heavy elements. However, we cannot say that the origin of the elements has been elucidated by observing just one example. Encouraged by this award, I would like to successfully proceed with multi-messenger observations of gravitational wave sources in the future."