More Hawai'i Island schoolchildren are receiving an opportunity to benefit from curriculum-related field trips to the 'Imiloa Astronomy Center during the 2018-2019 academic year, thanks to a gift from the Japan Foundation for Promotion of Astronomy through Subaru Telescope. The donation of $8,950.15 (¥1,000,000) is enabling 'Imiloa to increase the number of public and charter school students served in its popular field trip program, especially those from the most geographically distant areas of Hawai'i Island. 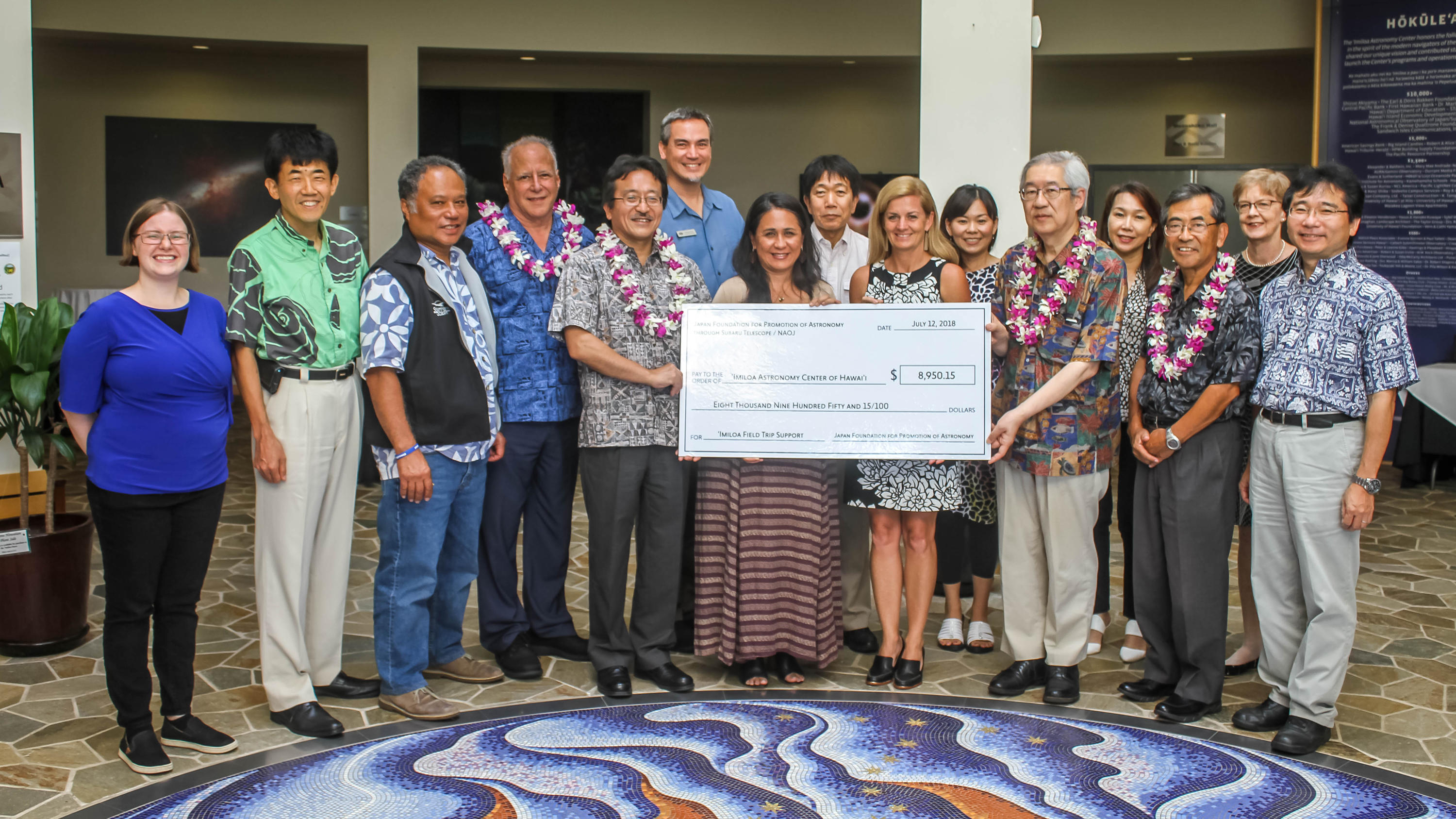 Figure 1: 'Imiloa and NAOJ staff along with the Hawai'i State Senator Russell Ruderman participated in a joint ceremony to welcome the donation. (Credit: 'Imiloa Astronomy Center)

As a center for "informal science" education on the UH Hilo campus, 'Imiloa has organized student field trips since shortly after its opening in 2006. Currently 'Imiloa hosts nearly 13,000 students and teachers each year. Each school group receives a customized program designed to take advantage of the museum's immersive environment, including a state-of-the-art digital planetarium, an interactive exhibit hall showcasing astronomy and Hawaiian culture, and several acres of native gardens.

'Imiloa Executive Director Ka'iu Kimura comments, "Evidence shows that science 'sticks' when children can learn in an informal setting, outside the confines of a traditional classroom…how much more so in the hands-on environment of a dynamic and multi-faceted center like 'Imiloa! We are very grateful to the Japan Foundation for Promotion of Astronomy and Subaru Telescope for sharing our vision and helping us inspire the next generation of explorers and innovators." 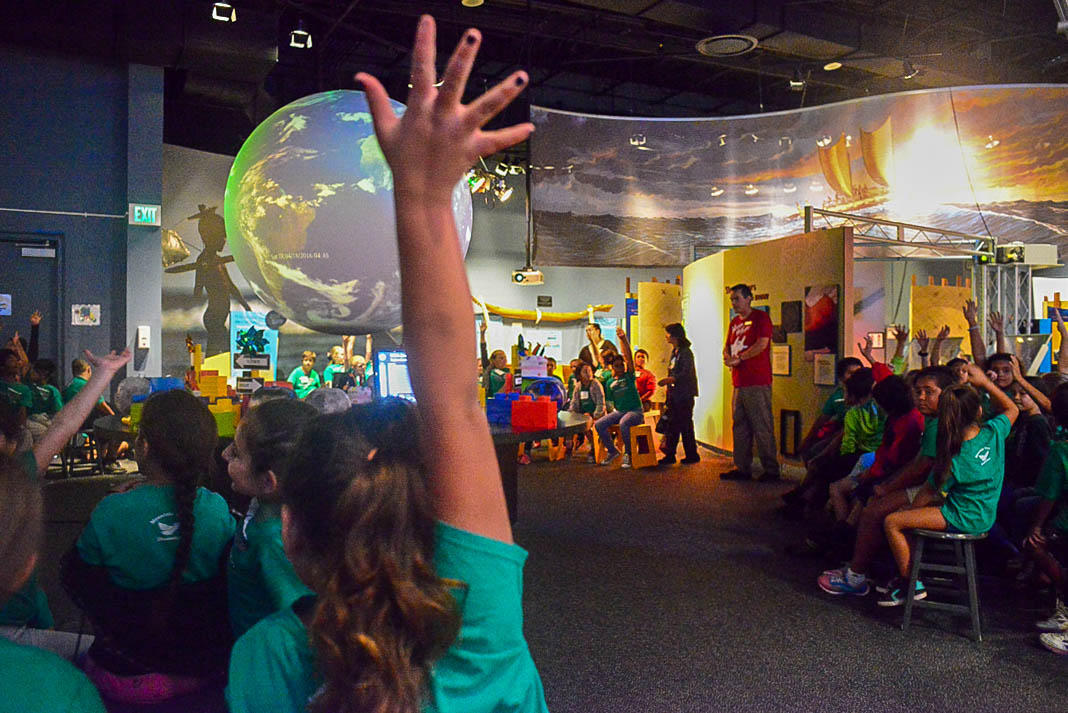 Over the course of the 2017-2018 school year, 'Imiloa estimates that its 12,861 field trip participants included a record 5,000 students from Hawai'i Island's public and charter K-12 school population, just over 18% of the island's total DOE enrollment. While 'Imiloa also hosts field trips from the neighbor islands, as well as from the U.S. mainland and overseas countries, it has assumed a special mission to serve the students on its home island, raising funds each year in order to subsidize round-trip charter bus transportation for as many Hawai'i Island schools as possible.

Subaru Telescope Director Dr. Michitoshi Yoshida shared that the observatory was very proud to be able to recommend funding for 'Imiloa's program to the Japan Foundation for Promotion of Astronomy. "Next year will mark the 20th anniversary of Subaru Telescope's receiving light from the Universe for the first time. We are indebted to the people of the Big Island for their support over these two decades and want to say thank you to the local community by helping to make it possible for local keiki to visit the 'Imiloa Astronomy Center," says Director Yoshida. Since 2002, the Japan Foundation for Promotion of Astronomy through Subaru Telescope has made a total of $156,000 in grants to UH Hilo to support initiatives that foster education about astronomy in the local community. 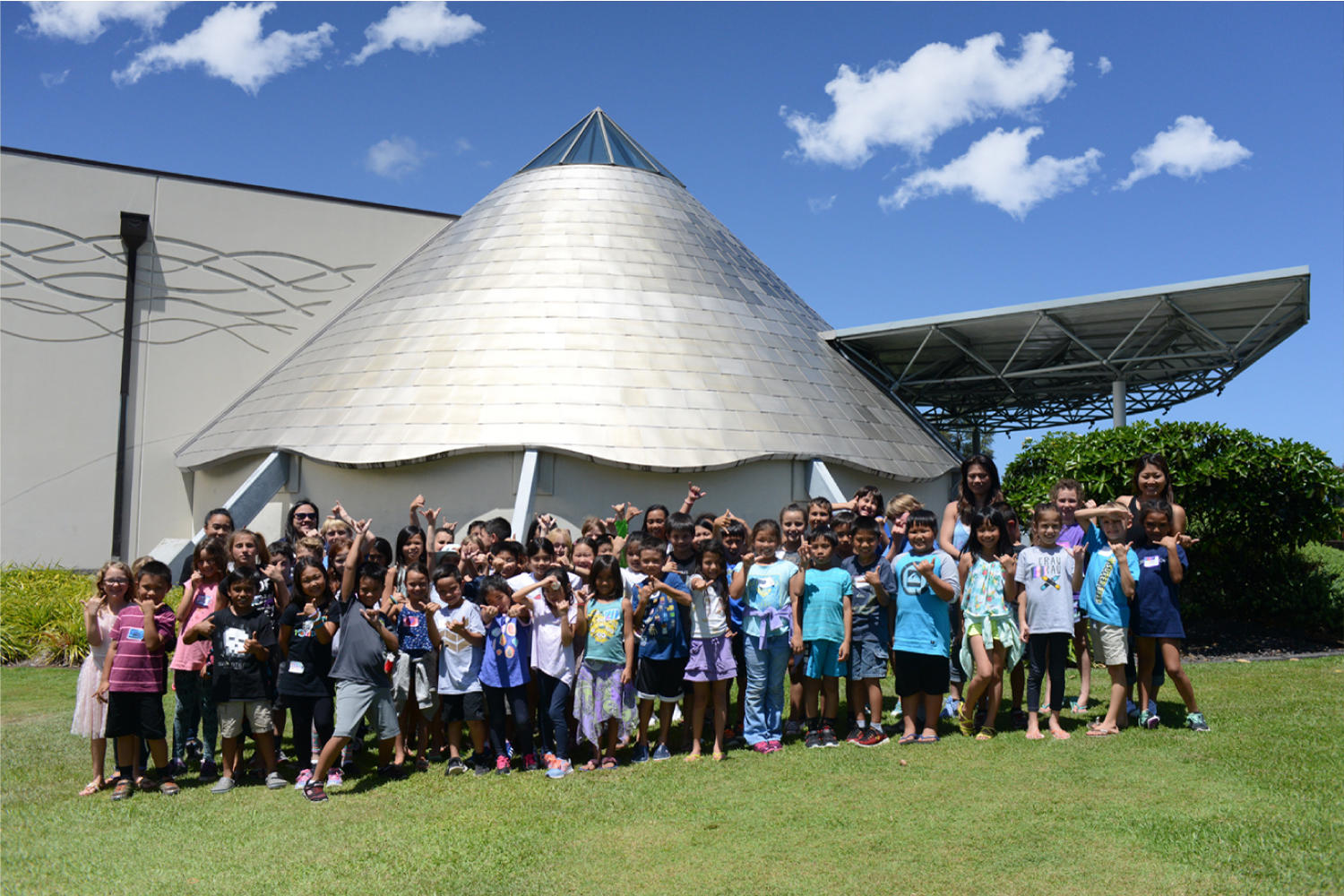