For the first time, the source object which produced an ultra-high energy neutrino has been identified. This discovery was made possible by collaboration between the IceCube experiment in Antarctica and telescopes worldwide, including Subaru Telescope. 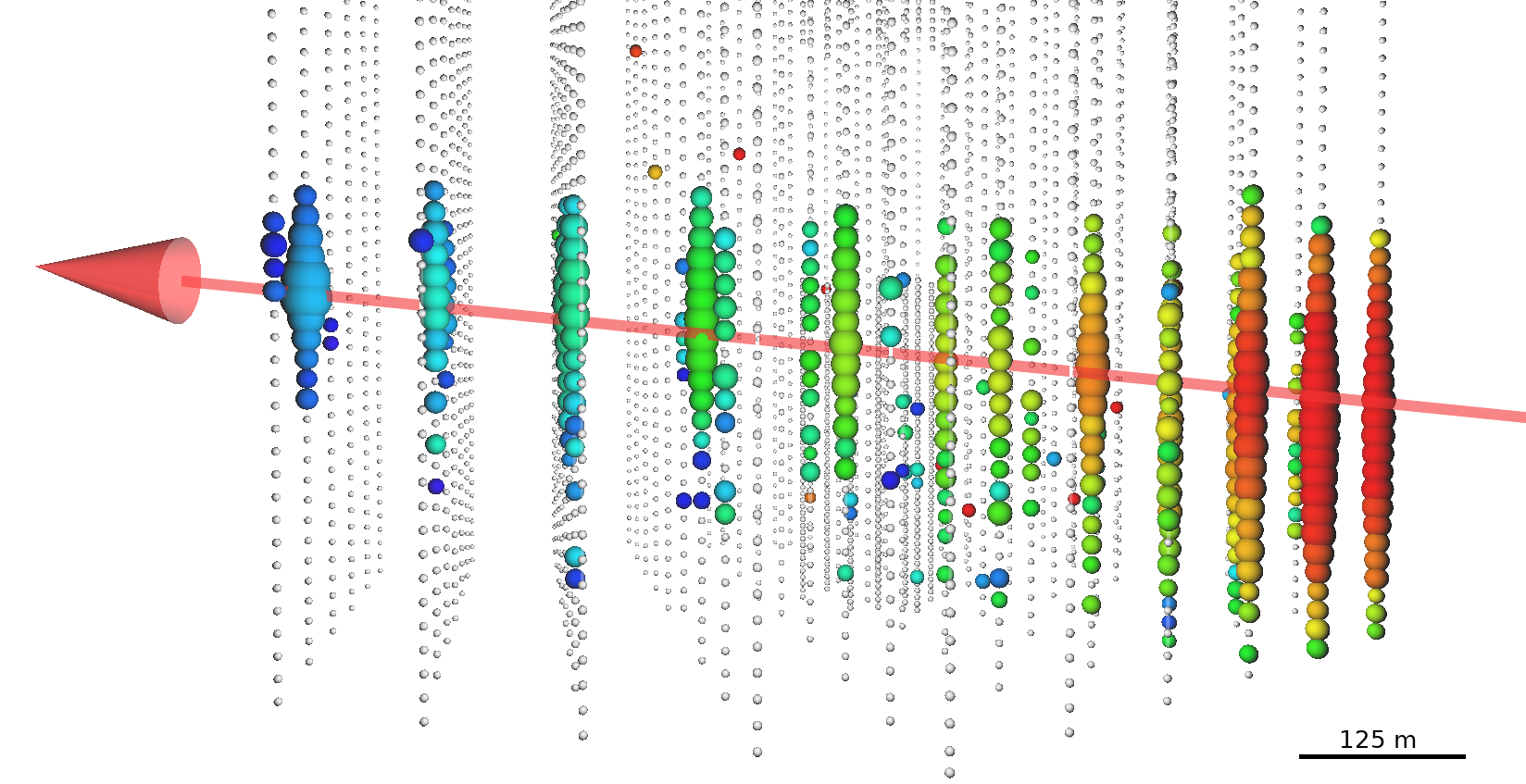 Today, an international team announced that for the first time in the world they had identified the source object of an ultra-high energy neutrino.

On September 22, 2017 the IceCube experiment at Amundsen Scott station in Antarctica detected an ultra-high energy neutrino coming from outer space and was able to determine the direction it came from to within about 1 degree using the system developed by researchers at Chiba University. While narrow compared to the entire sky, 1 degree still contains many possible candidates for the source object.

OISTER, a network of Japanese university telescopes, collaborating with the 8-m Subaru Telescope in Hawaii, performed follow-up observations to determine the source of this enigmatic neutrino. They found that an object named TXS 0506+056 was acting peculiarly: shining 3 times brighter than normal and fluctuating more than usual. TXS 0506+056 is a blazer, superheated matter releasing abundant radiation as it slowly spirals down into a supermassive black hole.

A quick calculation showed that the odds of two freak occurrences (the ultra-high energy neutrino and a flaring blazer) occurring so close together in time and space by pure chance is effectively zero, unless the two phenomena are related. Therefore TXS 0506+056 must be the source object of the neutrino.

Prof. Michitoshi Yoshida, the Director of Subaru Telescope comments, "We congratulate all members of the IceCube and OISTER teams on this important discovery. We are proud that the Subaru Telescope with its deep observation capability could play a small role in this discovery. In this era of multi-messenger astronomy, collaboration between different observing facilities will be increasingly important. We look forward to working with this team more in the future."