Japan's Minister of Education, Culture, Sports, Science and Technology Hirokazu Matsuno visited the Subaru Telescope on January 14, 2017. In the morning, he came to the base facility of the telescope in Hilo, and was briefed about the organizations from Dr. Akio Komori, the President of National Institutes for Natural Sciences, and the Dr. Masahiko Hayashi, Director General of National Astronomical Observatory of Japan.

He moved to Maunakea in the afternoon. Dr. Nobuo Arimoto, Director of the Subaru Telescope explained the strength of the telescope that has "wide field of view - the best in the world - that enables the detection of unknown objects." Arimoto described recent results of the observations and the telescope's future plan. Minister looked at the telescope, its suite of instrument, and various locations inside the enclosure. He discussed with the observatory staff in regard to the engineering aspect and the operation of the telescope.

In the evening, Minister visited the control room where the preparation of the observation was taking place. He was briefed by the night's observer Dr. George Rieke from Arizona University and the support astronomer of that night about the observations of planets that use Cooled Mid-Infrared Camera and Spectrometer (COMICS) and the international collaboration in that research field. After the visit, Minister urged "to continue to produce world-class results." 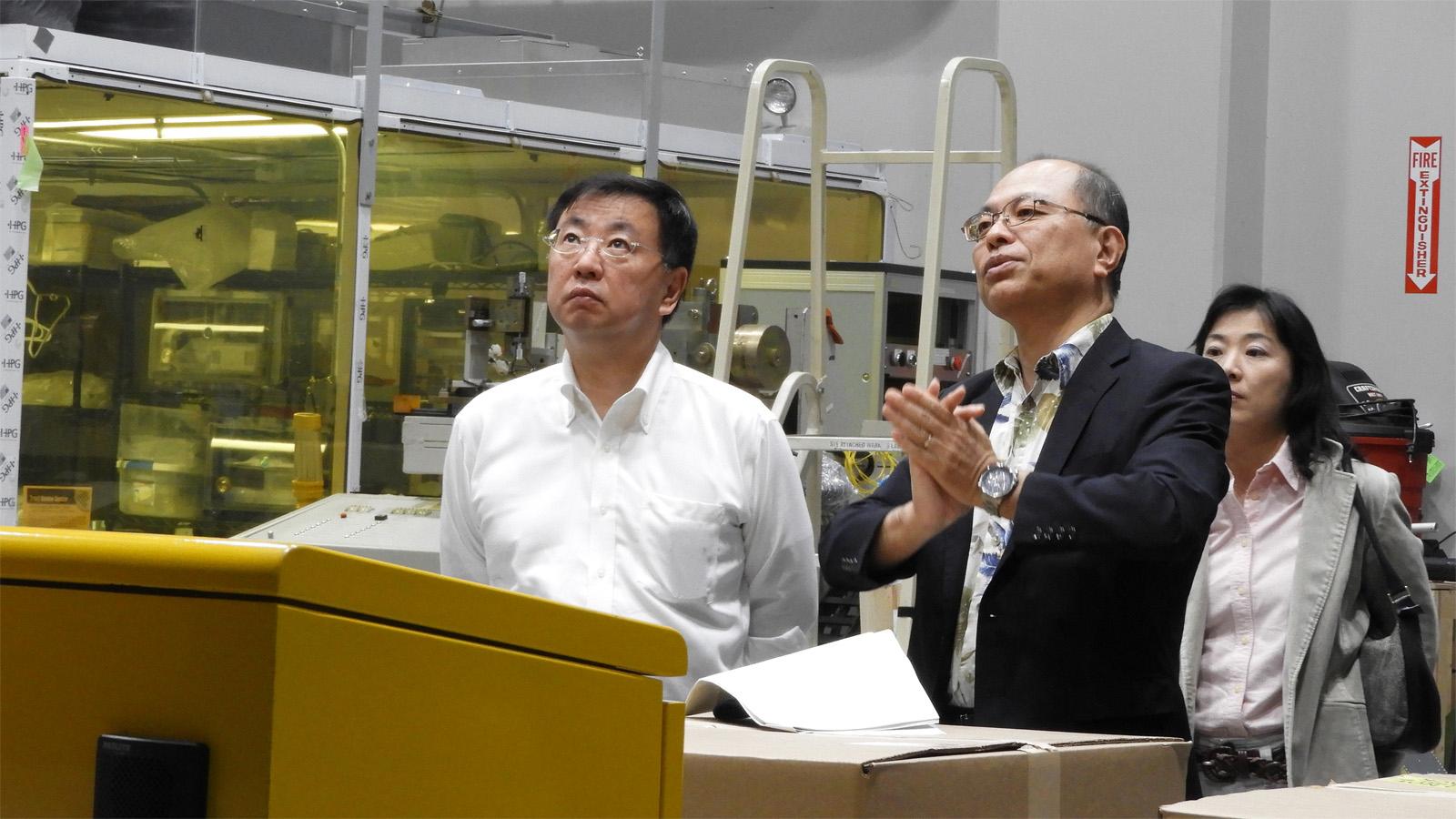 Figure: Minister Matsuno of the Ministry of Education, Culture, Sports, Science and Technology (left) listens to the briefing by the Director General Hayashi about the laboratory at the base facility. (Credit: NAOJ)