Subaru at ʻImiloa: Lift Off to Visit Your Favorite Place in The Universe

The Night at the Museum program is gaining popularity these days with people. For astronomers, the night sky has always been the ultimate museum, telling the stories about the lives of stars and galaxies. So, what better way to share those stories with others by bringing them to the local museum?

As part of ʻImiloa Astronomy Center's 10th anniversary celebration, Subaru and ʻImiloa saluted the long and fruitful collaboration between the two institutions. This special event took place on the evening of January 27, 2016 in typical "night at the museum" style. For the Subaru Telescope, it was a great opportunity to interact with the local business leaders and stargazing enthusiasts. Subaru and ʻImiloa staff showed off the new exhibits the observatory has provided the ʻImiloa Astronomy Center, where a traditional Polynesian and Hawaiian knowledge combines with astronomy's continued quest for a better understanding of the nature that surrounds us.

For the night at ʻImiloa, the exhibit hall was turned into a social venue, hosting 60 guests, about 10 ʻImiloa staff members, and a dozen participants from the Subaru Telescope (Figure 1). Everyone chatted and engaged with one of three new exhibits, and enjoyed a special demonstration. Of course, tables of delicious pupus (snacks) in strategic locations attracted everyone to further enjoy the experience. 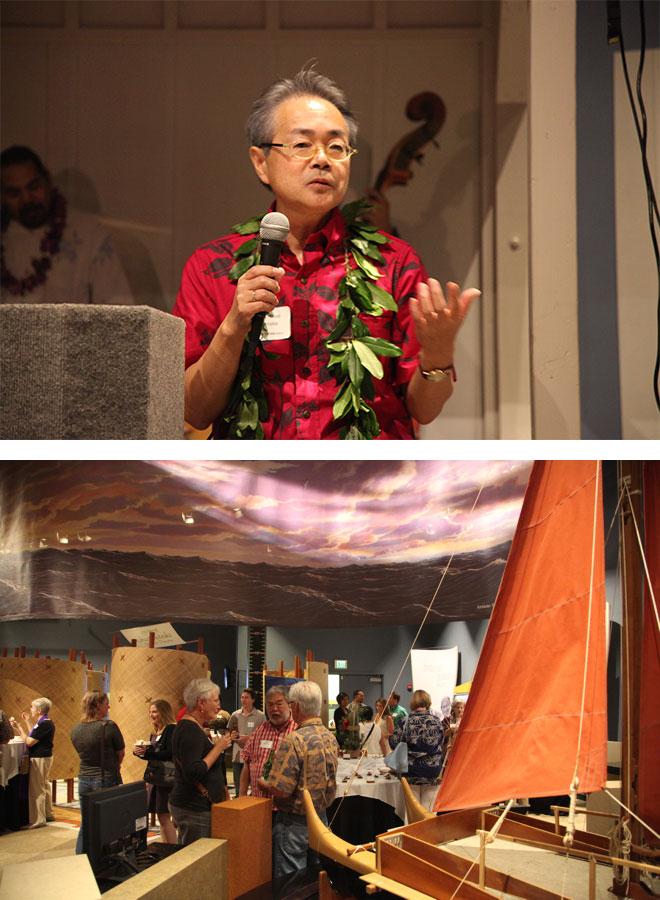 Figure 1: After the opening remark by the Director of the Subaru Telescope, Dr. Nobuo Arimoto (top), people started to enjoy the fellowship in the exhibit hall at 'Imiloa Astronomy Center (bottom). (Credit: NAOJ)

The ever-popular 4D2U theater, which features astronomy objects in 3-D space plus a 1D timeline, now has a new projector with finer resolution and new viewing glasses to match. It's designed to give visitors the feel of really floating in space as they fly through forming galaxies. Subaru Telescope's Director Nobuo Arimoto, taking the part of a "Space Captain" opened the upgraded theater chronicling the formation and the evolution of galaxies (Figure 2). He held the audience rapt with his description of how the environment affect the growth of galaxies, and how galaxies give back to their surroundings as the next generations emerge.
zoom 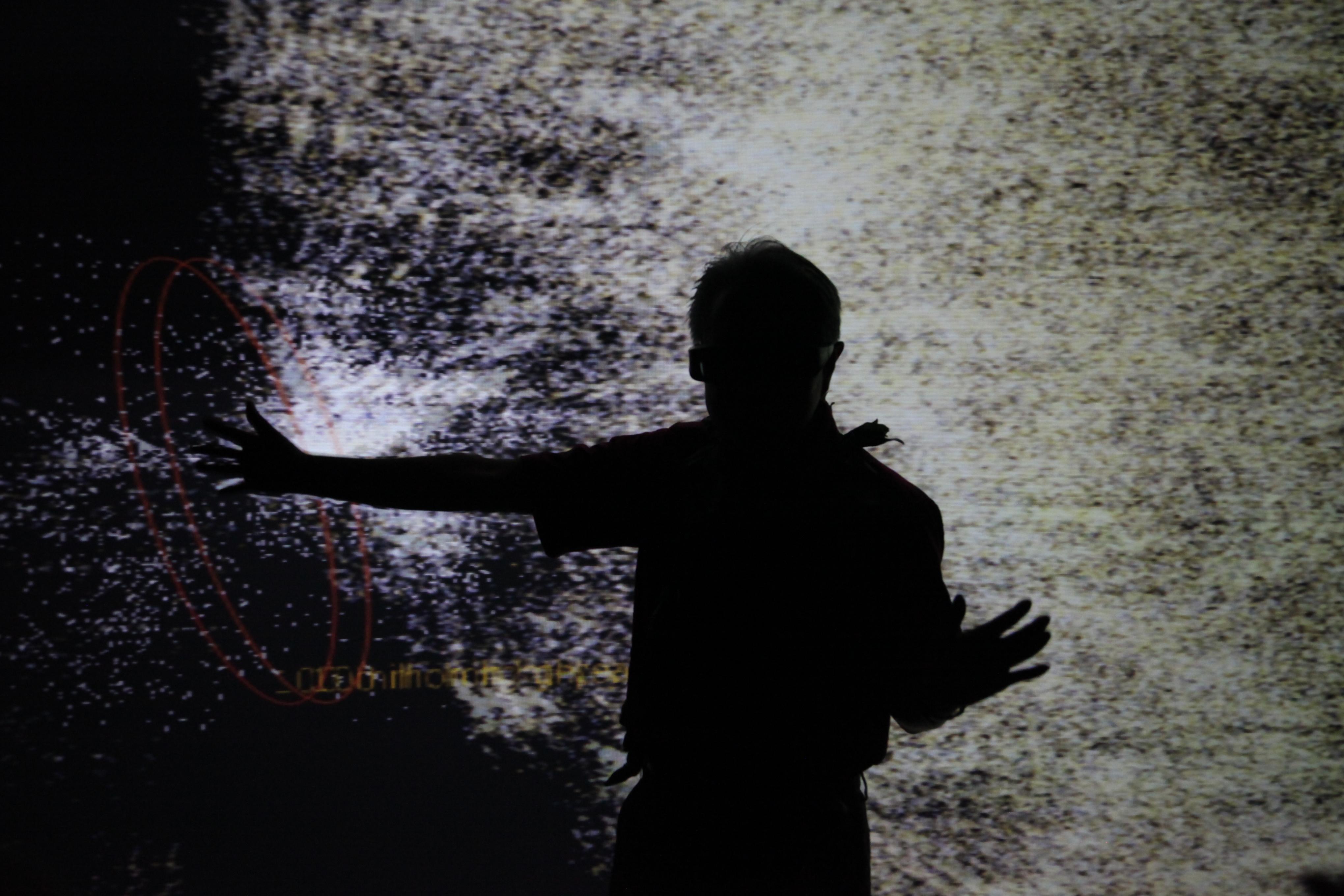 Dancing Among the Stars and Galaxies

Outreach specialist Dr. Yuko Kakazu dazzled the audience with an amazing dance performance using the WorldWide Telescope (WWT). In addition to a projection of the sky onto a dome-shaped structure, this exhibit has a high-resolution monitor display. A motion sensor installed in the room responds to hand or body motions to move the projected image. Visitors can use the WWT as a space travel advisor, since it not only has the vast database of the celestial objects catalogued by many of the telescopes in the world, but gets frequent updates on astronomical discoveries from around the world. Anyone can choose a favorite star or galaxy, fly to it, and the high-resolution display shows a variety of images from all the available resources. The fun part is that you can control the fly-out with intuitive manner with your body. You can swim in space, throw a star, visit a planet, or go wherever you wish. There is even a projection of the interior of the Subaru Telescope's enclosure, giving anyone a chance to take a virtual walk around the instrument.

The equipment for the 4D2U theater and WWT are among several donations given by the NAOJ in 2016.

Video: Demonstration of how to navigate WorldWide Telescope.

As part of the Night at ʻImiloa, four Subaru staff members struck up conversations with guests. Normally, people don't immediately recognize the engineers and scientists who work on the telescope and its instruments. Their attendance gave visitors to ʻImiloa the chance to learn more about the advanced technology of the telescope, and its need for constant care so that visiting astronomers get the optimum performance.
zoom 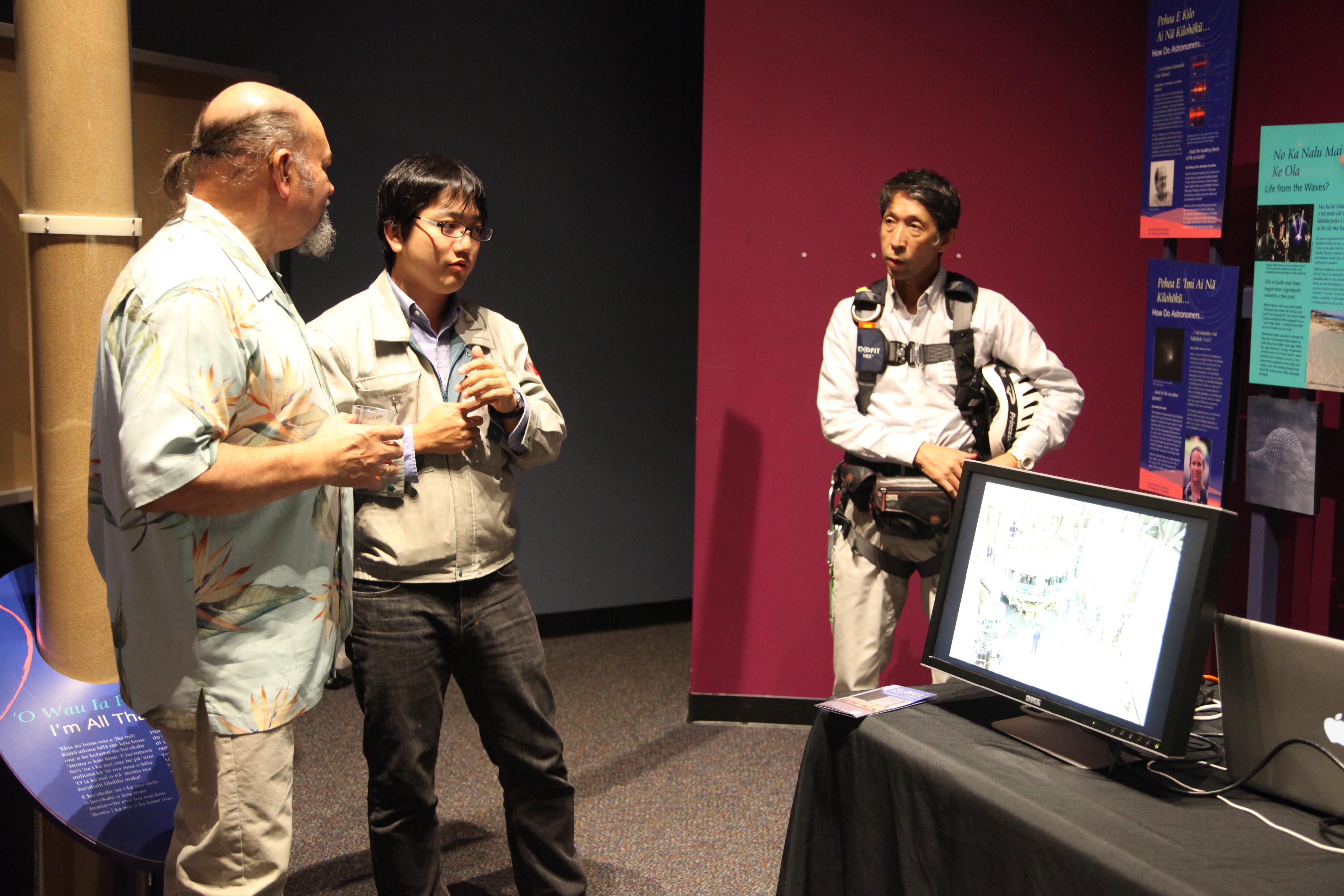 Figure 3: Engineers donned with their work gears explain what they do at the telescope. (Credit: NAOJ)

Another featured exhibit at the ʻImiloa Science Center gives visitors the chance to do citizen science by taking part in a real space exploration using the PANOPTES (Panoptic Astronomical Networked OPtical observatory for Transiting Exoplanets Survey) camera setups. This simple system is powerful enough for interested citizen scientists to capture views of transiting exoplanets around the nearby stars. Scientists at the Subaru Telescope worked on this project and donated the permanent demonstration unit to ʻImiloa Astronomy Center. Similar units will be set up around the world and the data they generate will be shared among the participants, and interested members of the public.
zoom 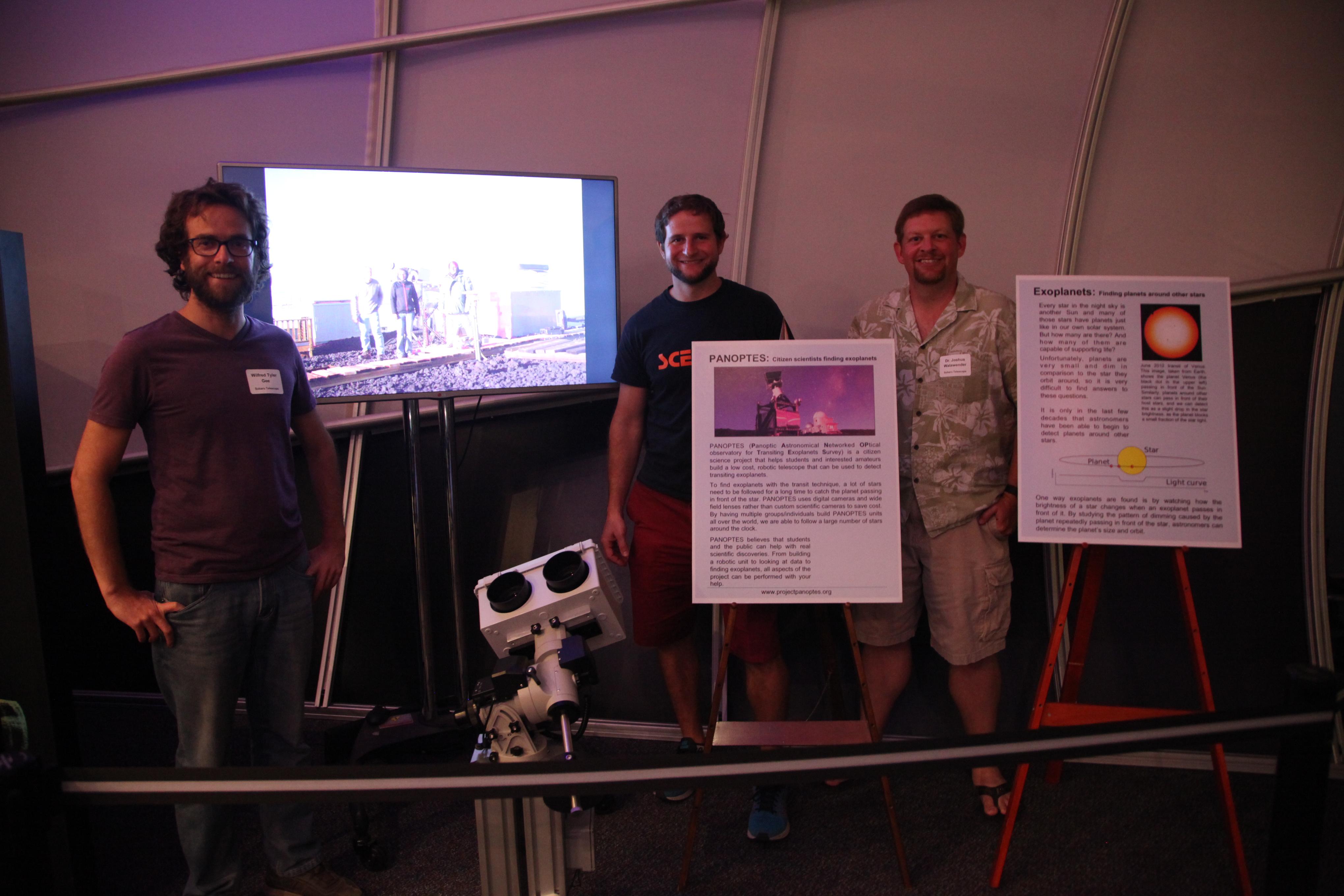 What Will YOU Learn at ʻImiloa?

So, which station to you want to visit at the ʻImiloa Astronomy Center in Hilo? That depends on where in the universe do you want to go. The universe is at your fingertips. And, no matter where you live, the sky is there for you. Just look up and imagine the exciting events happening among the stars and galaxies, exploring the universe through the power of your mind and imagination.