Sharing Stories of the Stars: A Grant to Bring Children to Visit 'Imiloa Astronomy Center

The Japan Foundation for Promotion of Astronomy (JFPA) has given a grant this year through the Subaru Telescope to the ‘Imiloa Astronomy Center. The award, totaling $7,200.00 will help fund school field trips to bring children to ‘Imiloa so that students can use the center’s hands-on and interactive programs and exhibits to learn more about the universe. The idea is to trigger a long-lasting love of the stars and how they were used by ancient navigators to cross the ocean.

On a clear night in Hilo, the dark sky is full of stars. These are the same ones the ancient seafarers depended on to map their way around the world. Their voyages from the southern islands in the Pacific Ocean were only the beginning of their exploration of the world.

Today, we explore the cosmos beyond our planet and the discoveries made at Subaru Telescope are part of that journey of discovery. The Japan Foundation and the staff at the Subaru Telescope hope that the field trips enabled by the grant will inspire young minds to seek new worlds, acquire knowledge, and share what they learn with others.

The foundation's grant money has been used for astronomy promotion since 2001, although the yearly amounts donated have fluctuated due to variations in the exchange rate between the dollar and the yen. Over the years, JFPA funds have been used for astronomy education or related areas. Some have gone to the Department of Hawaiian Studies, Department of Astronomy and Physics, or used for university student scholarships. One year, the fund was used to support the construction of the traditional double-hull canoe which serves as a classroom for studying the star-lines used by the ancient Polynesians to navigate across the ocean. Last year, the fund enabled the replacement of the screen of the 4D2U theater at ‘Imiloa Astronomy Center.

The grant was initiated by the founding leaders of the Subaru Telescope to express their gratitude towards the local community. They felt grateful for the passion that the local people had for seeking knowledge and for their tremendous support when the Subaru Telescope was being built. Throughout Subaru Telescope's history, collaboration between the staff members dispatched from Japan, the locally hired staff (who make up more than half the Subaru Telescope employees), and the islanders is an essential part of the continued operation of the telescope now and into the future. Keeping this highly technical facility for the long term is only possible with such collaboration and mutual respect. 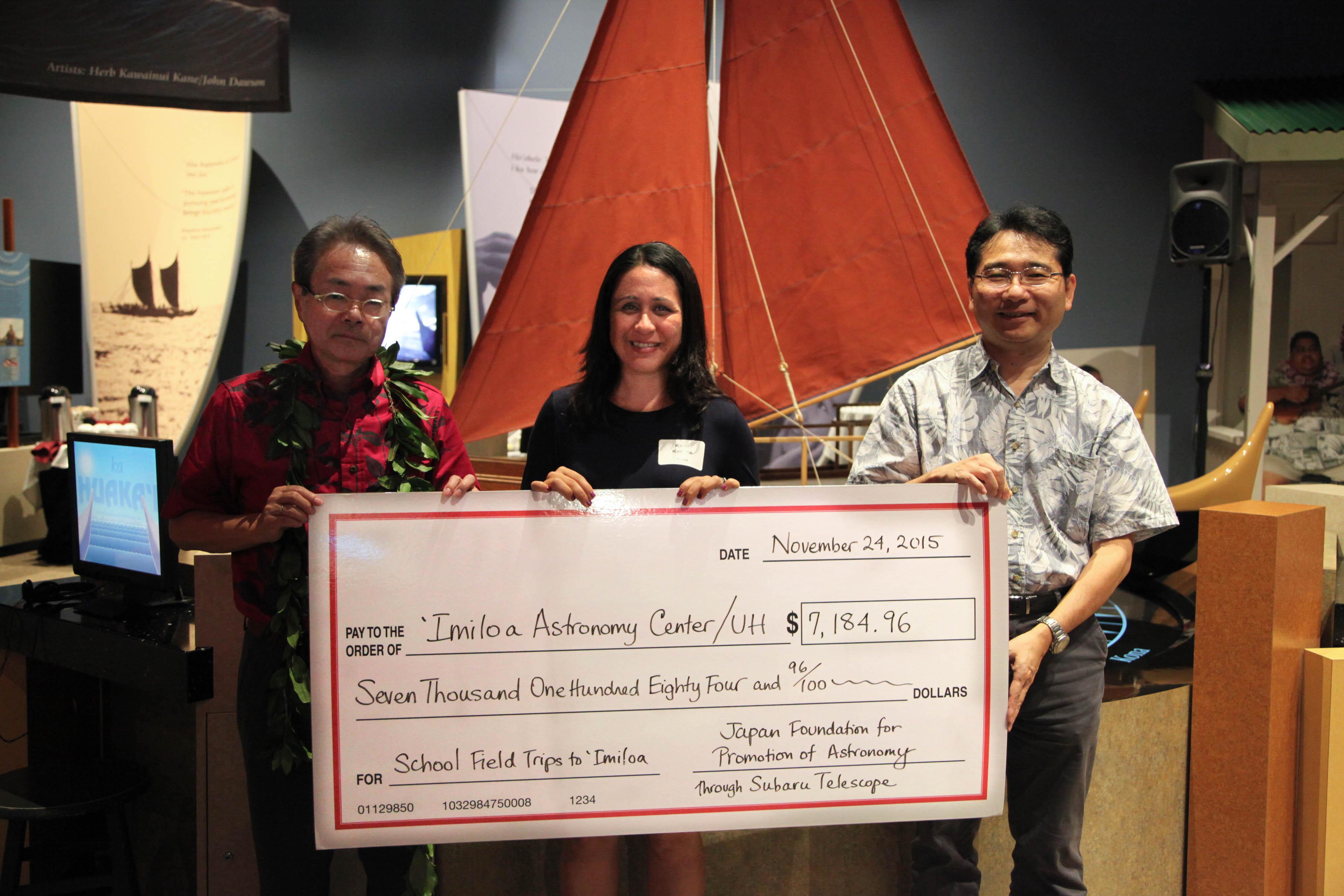