MOIRCS, the Multi-Object Infrared Camera and Spectrograph for the Subaru Telescope, has undergone a significant upgrade during 2015. Members of the project team were delighted to achieve first light (the term for the first time an instrument sees starlight), on the night after Christmas of 2015. The upgraded MOIRCS with new detectors, a new temperature control system, and new instrument control system software, demonstrated its good performance on the night of December 26, 2015, with an infrared image of the spiral galaxy NGC 3521 (Figure 1). The distance is 26 million light years, toward the constellation Leo. MOIRCS's FOV is large enough as for the near infrared instrument, to have this galaxy in 7 arcminute in the angular size in one view. 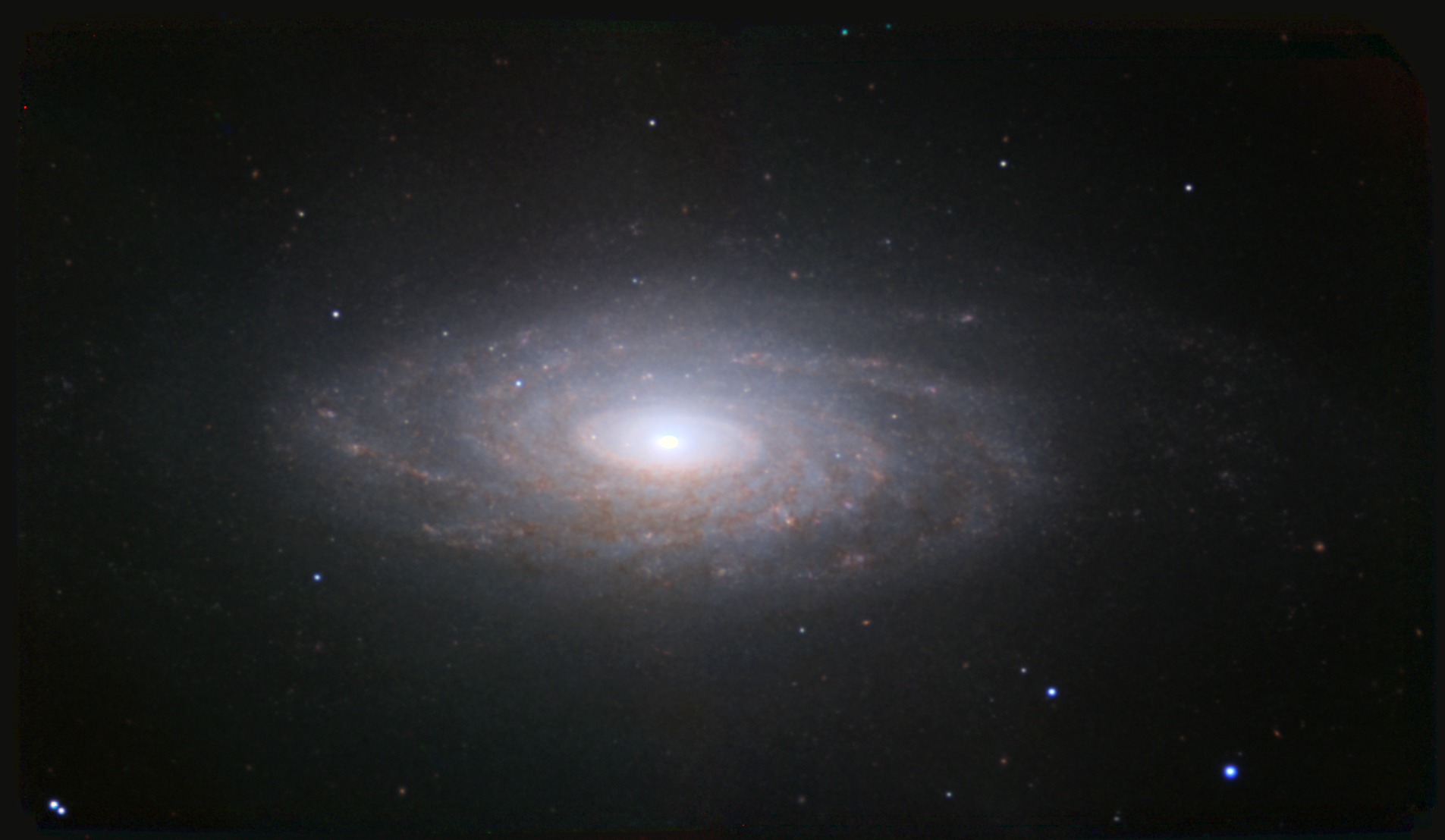 Figure 1: Color composite image of the spiral galaxy NGC 3521 taken by upgraded MOIRCS and processed by Ichi Tanaka. The field of view is 4 arcminutes x 7 arcminutes. The integration time was 5.3 minutes, 4 minutes and 7.1 minutes for J, H, and Ks band, respectively on the night of December 26, 2015. Unfortunately the seeing was very bad at that night at 1.3 arcseconds. Much better seeing in the usual, good condition should prove much sharper imaging capability of MOIRCS on the Subaru Telescope. (Credit: NAOJ)

MOIRCS was first mounted on the Subaru Telescope in September 2004 (Note 1). At that time, it had the widest field of view and the only multi-object spectroscopy (MOS) capability among near infrared instruments on 8-10 meter telescopes in the world. Over the first decade of its life, there were many unique discoveries made by this instrument (Note 2).

During the intervening time, however, other instruments with similar capabilities came on line and competition became more intense, so a team of scientists, engineers, and technicians at Subaru Telescope got together and planned an upgrade. By installing a new detector and upgrading the instrument's hardware and software infrastructure, the staff at Subaru Telescope hoped to rejuvenate this hard working instrument (Note 3).

What is New with the Upgraded MOIRCS?

1. A New, State of the Art, Infrared Detector
MOIRCS now has two new detector arrays (Teledyne Hawaii 2 RG, see Figure 2) and new array control electronics (ASIC and SAM from Teledyne). The new detectors and electronics provide a significant reduction in electronic noise in the data. The new detectors have 14 and 15 electrons respectively of read noise in a CDS frame, an improvement of about a factor of 2. 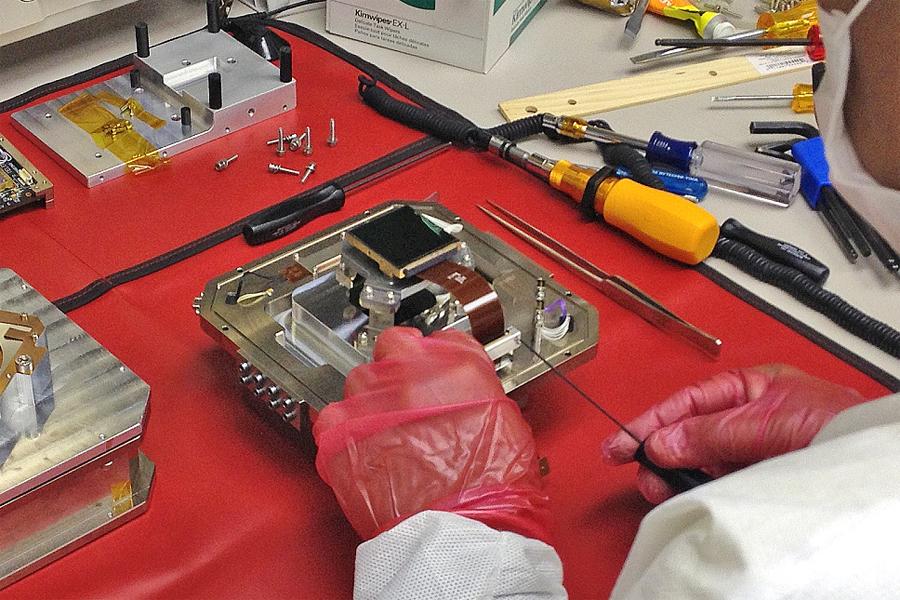 Figure 2: Electronics technician Lucio Ramos carefully installed Hawaii 2 RG detector in the laboratory at the base facility of the Subaru Telescope. (Credit: NAOJ)

2. New In-house Instrument Control System Software
The instrument control system (ICS) software is the first amongst the Subaru Telescope's second generation instruments that was made entirely by the staff at the Subaru Telescope rather than outsourcing the software work. The original instrument builders, a group at Tohoku University, provided the first generation control system, but that was incompatible with the new detector control electronics. By using the in-house expertise, the project team was able to design a new control system which is simpler during night time use and which automates and scripts many daytime maintenance tasks (Figure 3).

3. Upgrades to the Control System Hardware
MOIRCS was originally designed and built using technologies of early 2000s. The hardware of the communication system, temperature controllers, computers, etc. has changed a lot during the intervening years. The team took this opportunity to replace many of these supporting hardware components with newer, more reliable, devices and to redesign some sub-systems to improve usability and reliability (Figure 4). 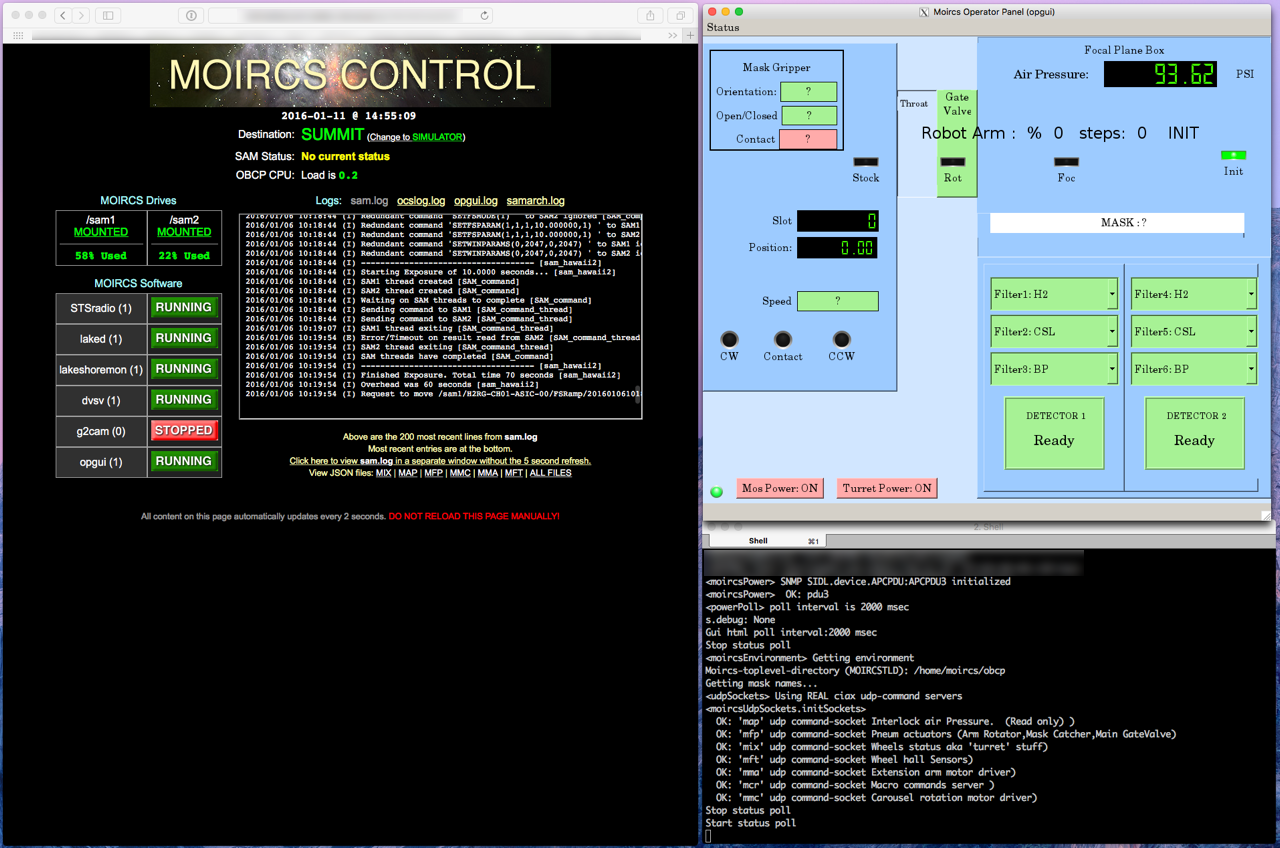 Figure 3: Overview of the new control system. Left window is for the system control, top-right is for the status, and the bottom-right is the command terminal. It is easier to get the necessary information and respond promptly. The user interface continues to evolve as the users return their inputs. (Credit: NAOJ) 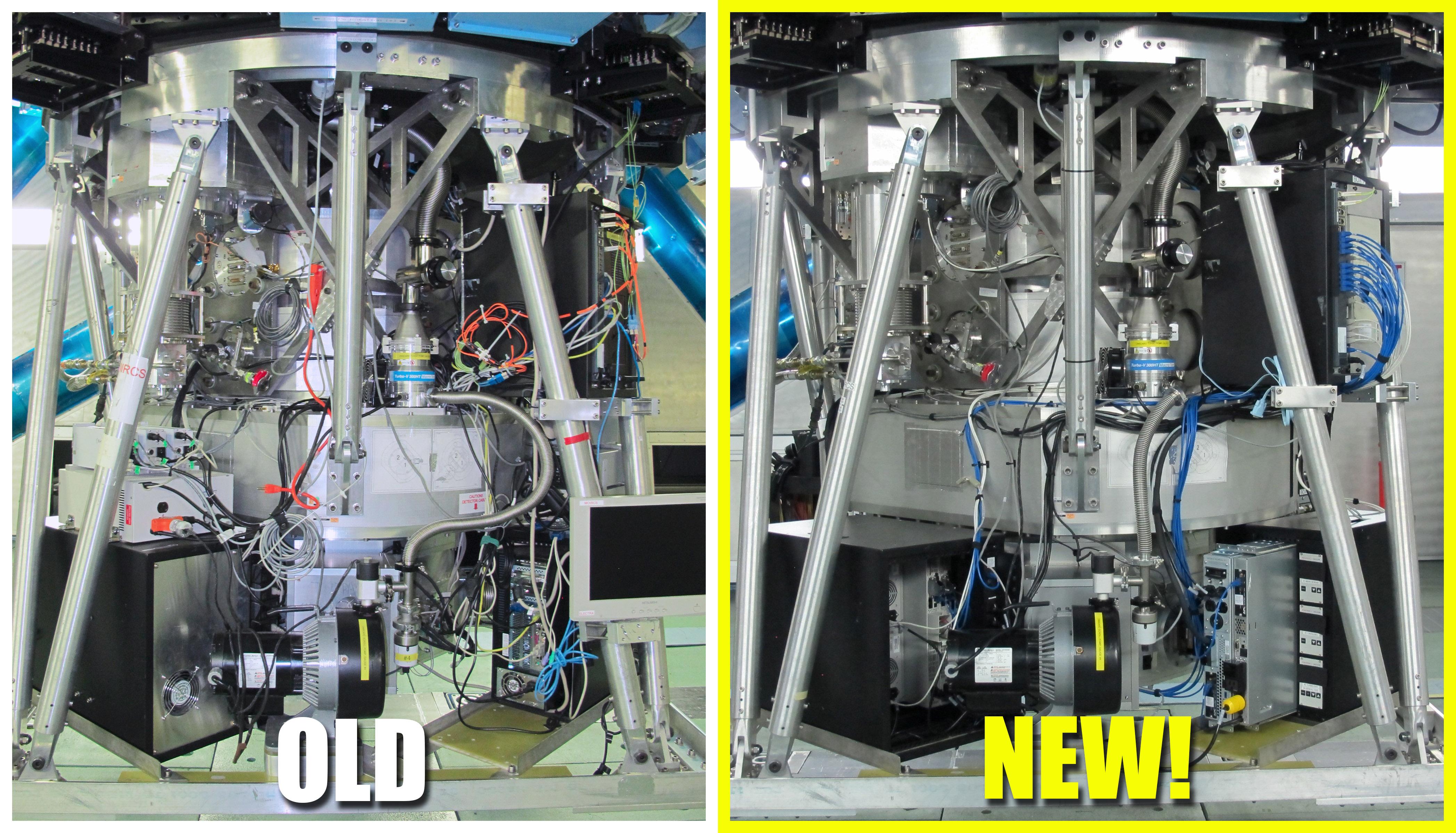 Figure 4: MOIRCS, before (left panel) and after (right panel) the upgrade, with new auxiliary hardwares. The cables are now neatly bundled. (Credit: NAOJ)

During the night after Christmas (morning of December 27) in 2015, the upgraded MOIRCS instrument received light from the universe for the first time (Figure 1). The test observations were performed successfully despite this being the first time the new software interfaced with the telescope control system which has been upgraded since the original MOIRCS saw first light in 2004.

The detector showed performance as expected. Noise level is less than half what it was before. The throughput improved over all of the near infrared by 12 % to 40 % and the time lost to overhead is significantly reduced.

"It was not easy to carry out these daunting tasks of the major upgrade with the limited resource available on-site," says the project manager Josh Walawender. The original instrument builders provided helpful information. Experts from the Institute of Astronomy, the University of Tokyo, and the Academia Sinica Institute of Astronomy and Astrophysics provided valuable resources. "Yet there has been a tremendous pressure on the shoulders of the project team members to minimize the down-time of this instrument. The project team is confident that, after this performance verification, the users of this instrument will be delighted to be able to use it," continued Josh.

One unexpected challenge that arose during the upgrade was the presence of a significant flux of alpha particle hits on the detector which appear a very bright spots in the image. This was due to a mildly radioactive coating which was present on a lens very near the detector. The first generation detector had a protective layer which blocked these particles, but the new detector had that layer removed for increased sensitivity. The instrument team will be installing thin blocking windows between the offending lens and the detector before the next engineering run of the instrument.

The MOS system is yet to be fully commissioned with the new instrument control software. That will be a goal the Spring 2016 engineering runs along with more detailed noise measurements and characterization of the instrument performance.


This project was supported by the Grant-In-Aid's Scientific Research, category S, ID= 23224005.