Origami and Optics - Where Art and Science Intersect

What could be the connection between origami and the exploration of exotic worlds beyond the solar system? Subaru Telescope's Senior Optical Scientist, Dr. Julien Lozi, sees a strong tie-in between the two, even though there is a big difference in scale between the traditional Japanese art of paper folding and the technology used to search out distant planets. Julien shared his passion for both with an audience at the planetarium of the 'Imiloa Astronomy Center on October 16, 2015 during the center's monthly Maunakea Skies talk. 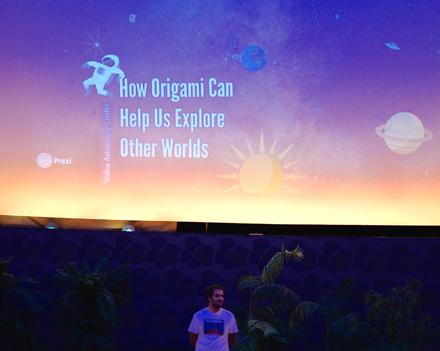 Julien first came to Hawaii in 2008 as an intern while working on his master's degree in optics and lasers. He went on to obtain a Ph. D. in astronomy, and eventually returned to join the Subaru Telescope team. He is now heavily involved in the commissioning of a series of new observational instruments targeted to deepen our understanding of exoplanets—the planets around other stars.

According to Julien, the art of origami evolved rapidly in Japan from a paper-folding tradition depicting tools from older days or creatures such creatures as cranes. During the last several decades, new techniques of folding emerged, leading to more and more complex 3D figures. Today, learning or sharing of origami technique is much easier, with diagrams available on the Web.

As Julien likes to point out, there are applications of mathematical and physical laws in origami. He sees similar concepts in folding the paper to create delicate figures and creating complicated optics to search out distant objects. Both require a continuous path for folding. He points out that very sophisticated optics span several layers, not just one. The fine tuning of an optical path can be literally a nightmare. Once it is done, the result is beautiful. One just needs to see the end target, just as an origami expert sees the end figure before folding a piece of paper just the right way.

Of course, Julien's curiosity does not stop with just spying out planets around distant stars. Like many of us, he wants to visit other worlds, and that requires new ways of thinking about space projects. What we can send into space is severely limited by the payload capacity of the launch systems. Therefore, deployable structures are very much in demand and they are similar in spirit to the origami creations that Julien studies and builds.

The Japan Aerospace Exploration Agency launched world's first solar sail Ikaros (Interplanetary Kite-craft Accelerated by Radiation Of the Sun) in 2010. This solar sail is not only accelerated by radiation from the Sun, but its sail membrane also generated electricity from the solar cells on it.

James Webb Space Telescope (National Aeronautics Space Administration in collaboration with European Space Agency and Canadian Space Agency) is another great example. Not only are its solar panels but also the primary mirror itself are folded in the rocket, then deploy once it is in orbit. In their own ways, these spacecraft are like celestial origami figures, created to help convey the beauty of the cosmos back to those of us here on Earth. 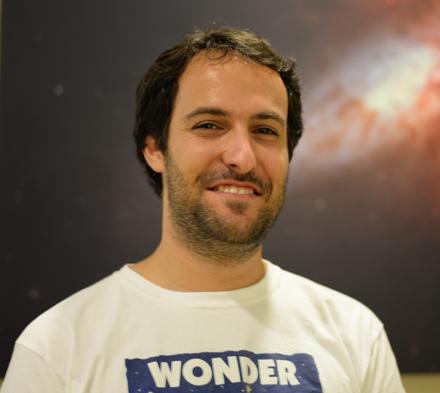 Figure 2: Julien's message really links the spirit of origami to interplanetary exploration. Space is not the limit, and we can continue to explore space by utilizing spacecraft or telescopes with new designs inspired by origami.