In the early morning of August 9, 2015, many meteors appeared over Maunakea where the Subaru Telescope is located. They are likely part of the Perseids, whose peak appearance was expected to be several nights later. This is a composite image of meteors superposed on one night scape image. Sean Goebel, who took the images, says, "I took a few hundred images, each with an exposure time of about 60 seconds, and then identified the images that contained meteors. The meteors have different brightnesses, sizes, and color variations. Many are green."

These small objects were born during the early stage of the solar system. After spending billions of years in the space, they now plunge into the earth's atmosphere, burn up, and become part of the atmosphere. We are witnessing the dynamical process of the material circulation in the solar system. 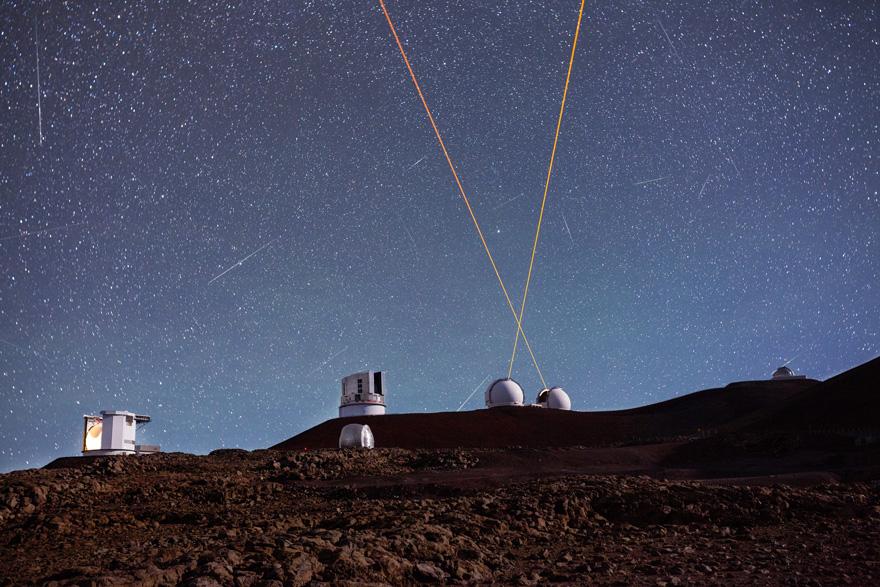 Figure: A composite image of meteors over the Subaru Telescope on Maunakea. (Credit: Sean Goebel/NAOJ)