What skills do you want to improve? The Tanabata Festival can help you! Every summer in Japan people celebrate the stars during this special festival, which occurs on the seventh day of the seventh month of the year. Based on an ancient legend, they write their personal wishes on little paper tabs called Tanzaku and put them on bamboo trees. In earlier times, the top of the wish list could have been to improve skills in calligraphy, sawing, fishing, tilling the land, know-ing the weather, and so on. In recent years, people now wish for world peace in our globalized economy and stabilization of the planet's climate in the wake of seeing severe damage done by natural disasters.

The second annual Tanabata Festival in Hawaii was jointly hosted by the Subaru Telescope and the Japanese Chamber of Commerce and Industry of Hawaii (JCCIH). The festivities began in the lobby of the Subaru Telescope's base facility in Hilo. Guests started to trickle in and were greeted by Subby the mascot, in its special Tanabata version and surrounded by bamboo trees with traditional decorations for Tanabata. Some chose to add Tanzakus to the bamboo trees with their wishes. 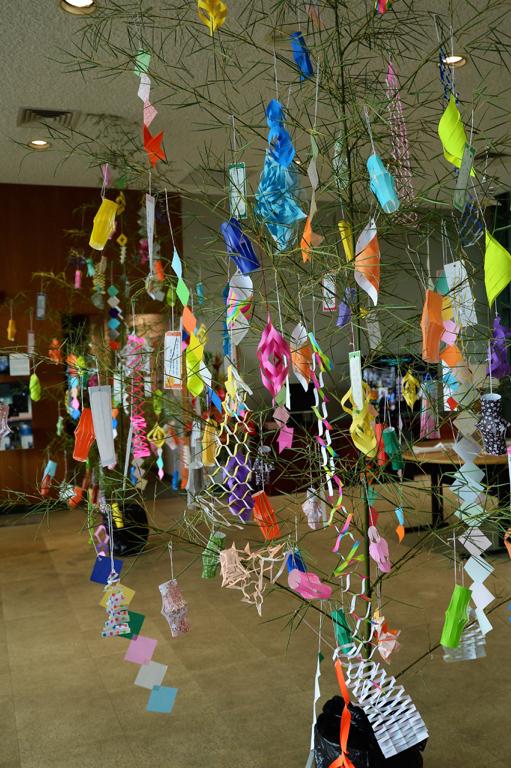 Master of Ceremonies Dwayne Mukai announced the opening, followed by a few words from Dr. Nobuo Arimoto, Director of the Subaru Telescope, and Mr. Darren Nishioka, President of JCCIH. The program and a nice illustration on the cover page was created by Mrs. Wakako Nakano.

Following the opening, participants were led by Mr. Mike Miyahira from JCCIH to engage in "He-lium Sticks". Each table had a stick, and groups of people held it up using one finger from each person. Then, they lowered the stick to the floor. Good communication among the participants was crucial for the exercise to work, and the exchange of smiles or laughter made friends out of strangers very quickly. 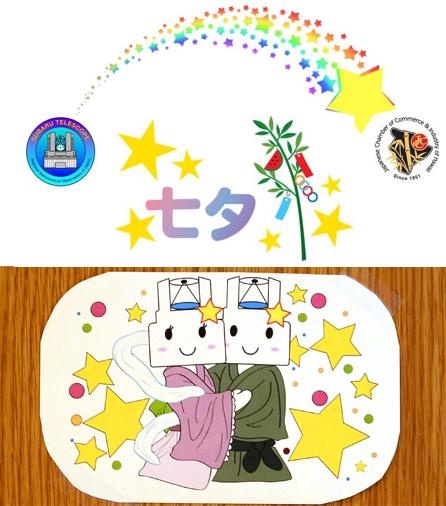 The guests were serenaded by a surprise performance of the Subaru staff choir for its debut performance as part of the ceremonies. The choir is directed by Mrs. Keiko Formanek and wsa accompanied by Ms. Kanako Okita's electric piano. They sang a couple of Japanese songs about stars and the summer season, and some in the audience sang along too. This very mov-ing demonstration was followed by a more serious presentation by Dr. Arimoto. He chanted from the classic poem Man-you-shu, which was compiled more than 1,200 years ago. Apparently some things have not chanced from the time of that poem to this: people still have to patiently wait for good weather, whether for the study of the stars or for lovers meeting beneath the stars. 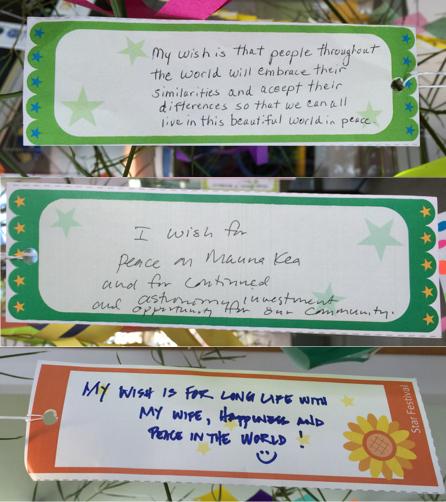 These performances made it easier for the participants to talk to each other during the lunch that followed. The main highlight of the meal was the nagashi-somen, where thin noodles flow down the water flowing through a bamboo channel. Members from the Hilo Hongwanji brought the whole set up of bamboo channels and prepared the garnishes for somen.

After the meal, Mr. Hiroshi Suga from JCCIH delighted the audience with his talent, singing a few songs in Japanese and English. They prepared the audience to go back to work after this lively cultural experience. 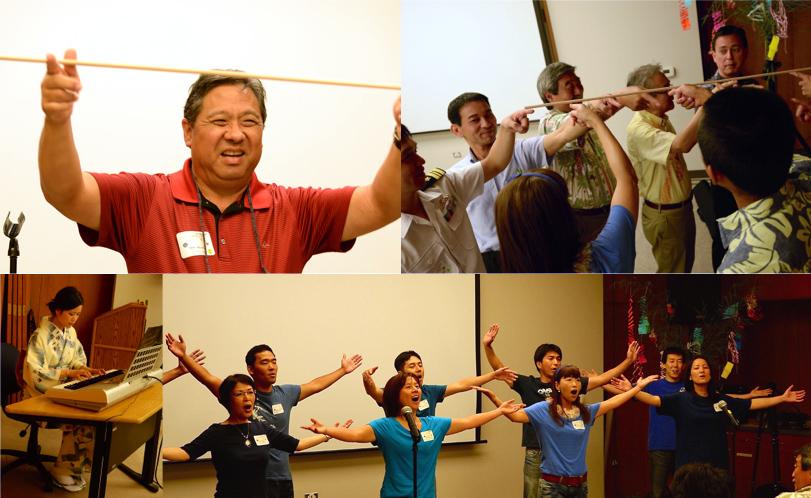 It was a great opportunity for the staff of the Subaru Telescope to express its gratitude, "Okage Sama De", to the local community, while members of JCCIH enjoyed the cultural aspect of the Subaru Telescope. Definitely science and music are a great part of culture. Some attendees re-cently arrived from off the island were impressed by the mixture of traditional and modern varie-ties of culture, all alive and well on the Big Island.

They say if good things happen twice, there will be a third. So, what will be the theme of cultural for next year's Tanabata Festival? Time will tell! 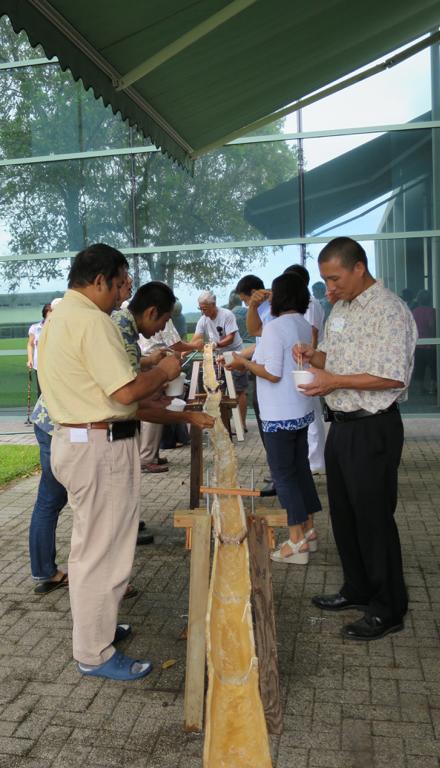