A Northwestern University team, in partnership with Dr. Olivier Guyon, the Subaru Coronagraphic Extreme Adaptive Optics (SCExAO) Project Scientist at the Subaru Telescope, has been awarded a one million dollar grant from the W. M. Keck Foundation to develop a fast, ultra-sensitive camera to directly image planets outside our solar system and inform the search for life on these distant planets. The Northwestern University team is led by Dr. Hooman Mohseni, Professor of Electrical Engineering and Computer Science in the McCormick School of Engineering and Applied Science, and Dr. Melville Ulmer, Professor of Physics and Astronomy in the Weinberg College of Arts and Sciences. Both are members of the Center for Interdisciplinary Exploration and Research in Astrophysics (CIERA) at Northwestern University.

Dr. Mohseni, who invented the detector technology upon which the camera will be based, will lead the research effort to reduce dramatically the size of these nanoscale detectors in order to push forward the field of imaging. Dr. Ulmer will lead the integration of the camera with telescopes. Dr. Guyon will lead the testing and verifying the performance of this camera when it is brought to the Subaru Telescope. 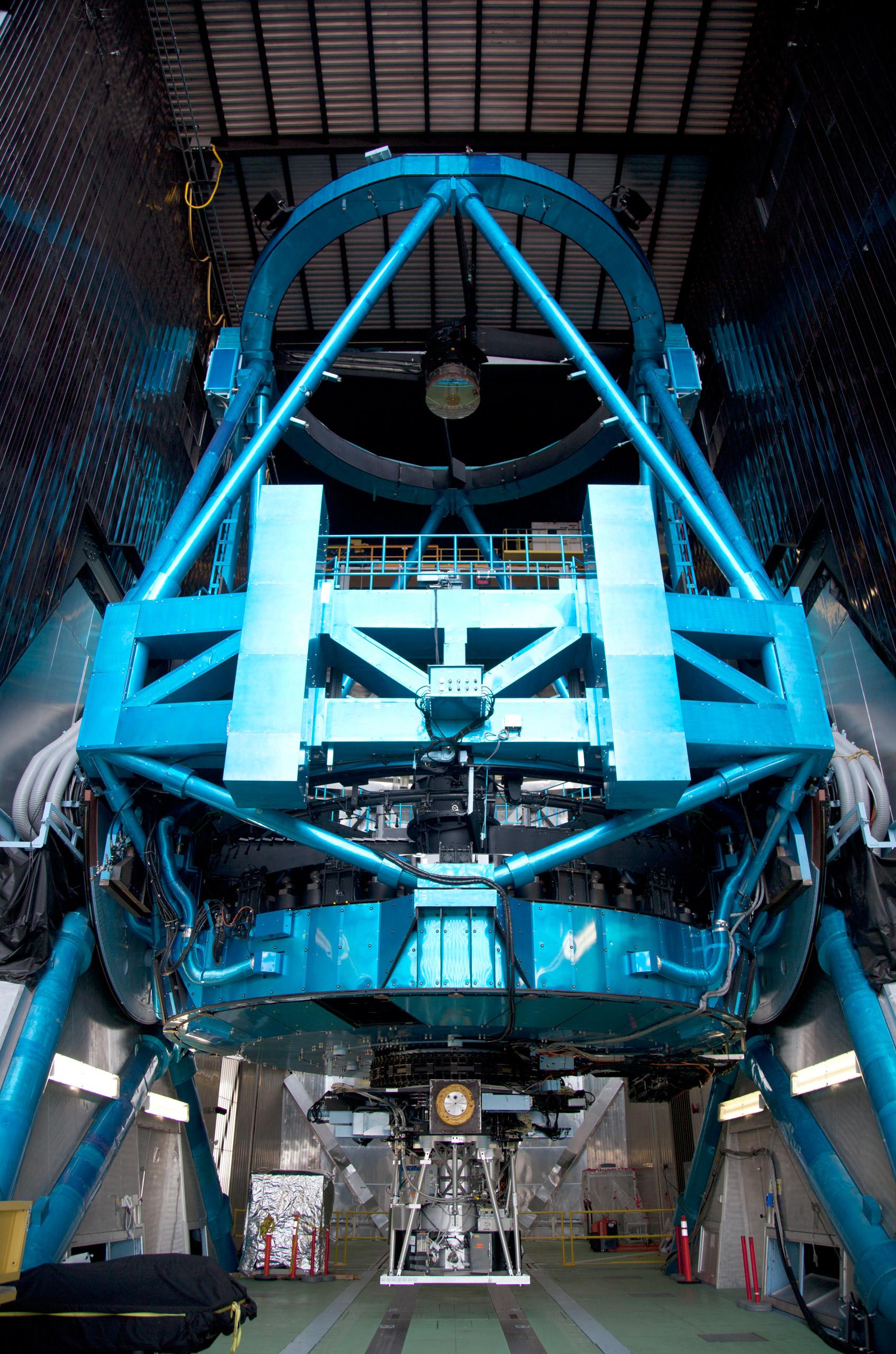 Nearly 2,000 exoplanets (extrasolar planets) have been discovered so far, but, because of limitations in imaging systems, the majority of this detection has been made by indirect methods. Northwestern University's imaging technology -- inspired by how rods in the human eye work -- would be used to detect potentially habitable planets and provide new observations to help astronomers better understand how our solar system and other planetary systems developed. A decade ago, most astronomers assumed that such objects could not be imaged with telescopes from the ground. Thanks to significant technology advancements and the upcoming generation of extremely large telescopes now under construction, instruments capable of imaging such exoplanets are now possible.

"The Keck award will help us push this technology to its limit and a whole new performance level," Mohseni said. "Our very challenging goal is to produce ultra-small structures -- as small as a virus -- on this bio-inspired detector to get the light sensitivity we need to image planets outside our solar system."

Using the newly developed detectors, the Northwestern University researchers will design, create and test a completely new camera that operates in the near infrared range of the light spectrum, with far better sensitivity and utility than existing detector technologies. Using such a camera on a telescope offers the promise of directly imaging planets about 100 times fainter than those imaged by current technology. The prototype camera would first be combined with other technology on the Subaru Telescope in Hawaii, one of the premier imaging telescopes in the world, to directly image these planets reflecting light from their stars.

"Our technology has the potential to allow a paradigm shift in how sensitive these cameras can be," says Ulmer. "When taking a thousand images a second of the sky, you are not getting much light per exposure, so you need a sensitive device that also works fast. This is what the Keck Foundation has funded us to develop," he said. "Keck's support will enable us to do some really cool work."

Guyon, one of the world's leader in using optics to detect exoplanets explains, "Exoplanets are notoriously challenging to image: they are much fainter than, and very close to the stars they orbit. Fast sensitive detectors are absolutely essential for these instruments, as the rapidly changing aberrations created by Earth's atmosphere must be optically measured, and compensated for, at high speed. Our project is thus developing and validating one of the last missing technologies required to search for life outside our solar system." On the Subaru Telescope, the new cameras will be combined with the SCExAO high contrast imaging instrument. Guyon and his Northwestern colleagues hope that the camera will "enable, for the first time, direct imaging of Jupiter-like planets in reflected light." Jupiter-sized exoplanets have been imaged, but none as old or cold as the present-day Jupiter.

The first imaging targets outside our solar system are Jupiter-sized planets located inside the habitable zone. The habitable zone, also known as the Goldilock's Zone, is a region around a star where conditions are not too hot and not too cold, but just right for supporting life as we know it. If the new camera performs well on the Subaru Telescope, the next step will be to use the technology on one of the new extremely large telescopes, such as the Thirty Meter Telescope, which would provide even better imaging capabilities. This combination of forces offers the possibility of imaging Earth-like planets--potentially habitable rocky planets located in the habitable zone.

The W. M. Keck Foundation was established in 1954 by William Myron Keck, the founder of The Superior Oil Company. The foundation supports pioneering research and the development of new technologies in science and engineering, high-risk basic medical research with transformative potential, and undergraduate education in designated states.