Hyper Suprime-Cam (HSC) project team is awarded The Commendation for Science and Technology by the Minister of Education, Culture, Sports, Science and Technology (MEXT) of Japan. The team made a break-through instrument, HSC, used at the primary focus of the Subaru Telescope, with unprecedented ultra-wide field of view. 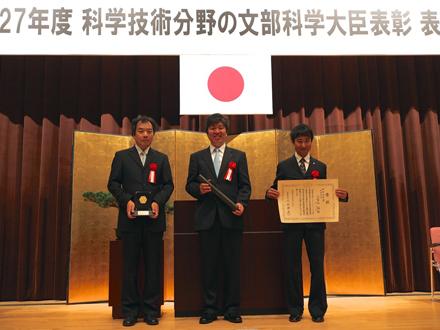 This award, Development Category in the Prizes for Science and Technology of the Commendation for Science and Technology, is given to "the individual, group, or the individual who promoted the growth of such individuals/groups, for their innovative development or invention that can contribute greatly to the growth of the society and economy of this nation, well being of its citizens, and being utilized at present." There are 26 individuals/groups this year in this category. The HSC developed by Miyazaki's group is the world's best performance wide field of view imager that can cover an area equivalent to the 9 full-moon sizes. Thanks to this camera, the field of view available to the Subaru Telescope is enlarged by 7 times. Utilizing this excellent performance, large-scale surveys started such as the one for the gravitational lens effects to map the distribution of the dark matters.

Leader of the project, Dr. Miyazaki declares that this award is for all the members in the project team and says, "Our strong team work overcame many obstacles along the way, from the inception of this instrument, through the development and the fabrication, and during the commissioning at the Subaru Telescope. We look forward to the many exciting discoveries to come." 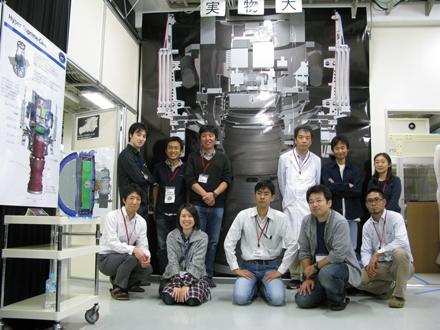