Graduate students from SOKENDAI (The Graduate University for Advanced Studies, Japan) conducted observation during the first half night of November 6, 2014 using Subaru Telescope. With the guidance and advices from the staff of the Subaru Telescope, they studied the surroundings of a quasar with Multi-Object InfraRed Camera and Spectrograph (MOIRCS). A faculty of SOKENDAI reports how the observation went. 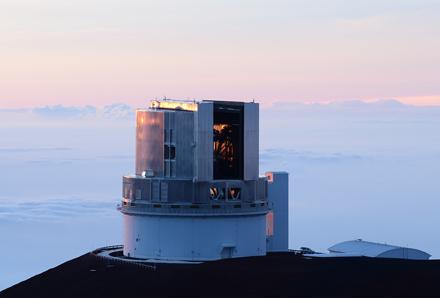 Figure 1: Subaru Telescope's enclosure at dusk. As the Sun goes down, the shutters of the Subaru Telescope enclosure started to open into a crisp air of about 4150 meter altitude (above 13,000 feet). Ventilators at the side and the rear of the telescope also start to open, to help equalize the temperature inside and outside of the building to ensure delivering sharp image into the observation instrument. (Credit: NAOJ)

The target of the night is a quasar of which luminosity is as much as 100 times greater than the entire Milky Way Galaxy. The source of energy is attributed to a super massive black hole in the nucleus of a galaxy in a great distance. Due to the large amount of their energy, it is possible to observe quasars even though they are far away.

How the quasars came to be? One of the mechanisms that might have contributed to them is the active star formation in their host galaxies. The indicator of such activity is the ionized hydrogen gas and the distribution of such gas can be detected in the specific emission lines in the spectrum, such as the one called H-alpha line. This line is in the visible wavelength, but shifts into the near infrared because the object is at the redshift z of 2.2. Use of MOIRCS, which has a wide field view as a near infrared imager, helps find such active star forming regions.

The observers of the night are the graduate students from SOKENDAI (Note). SOKENDAI is a unique education-research facility in Japan, with only graduate course and bases on national institutions. National Astronomical Observatory of Japan serves as the Department of the Astronomical Science in SOKENDAI. It is important for a research facility to help grow the next generation researchers. Hence the staffs at Subaru Telescope assist and give advice to the graduate students' learning.

The students took turns to intently monitor the observational condition, evaluate the data quality, and quickly adjust the integration time accordingly. By conducting observation at Subaru Telescope, they get credits for their course work. The faint signal from the distant universe is not readily noticeable in the quick look data. The high cloud somewhat diminished the signal, but never the enthusiasm of the observers. 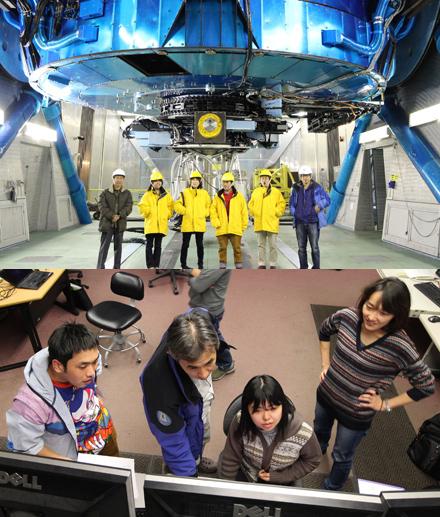 Figure 2: (Top) Checking the telescope and the instrument condition during the daytime. (Bottom) Observation at nighttime. (Credit: NAOJ)

Toward the end of the observation, the students became confident about the quality of data. They describe their observation experience as precious and unique opportunity of learning, and call out "Come join us at SOKENDAI or other astronomy course, and together let's explore the universe further."