Tribute to our beloved colleague, Cana 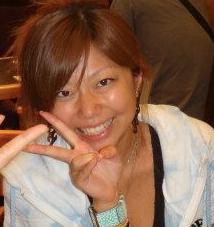 After paying respects to our beloved friend, Dr. Arimoto asked us to say a few words for Cana, a Maunakea aircraft spotter and University of Hawai'i Hilo student. Overcome with grief and struggling to accept the truth, many of us that day simply could not find the words to express the deep sadness we felt. Instead we stood in stunned silence as language failed to provide words for the depths of sorrow we felt, and continue to feel.

Since that time, and in light of Cana's upcoming remembrance services in Japan, we wanted, as Cana's colleagues and friends, to offer her the tribute she deserves.

We will remember Cana for her devotion to Subaru and the Maunakea Observatories and for her contribution to the Astronomical discoveries over the last four years.

In this respect, Cana played a very important role. During some observations, a laser is used to assist in the collection of science data. When this laser is in use, aircraft spotters like Cana, are the final line of defense when protecting aircraft from being inadvertently illuminated by the powerful laser. Cana, and those like her, are essential in the role.

At the end of 2010, Subaru Telescope proposed to the students from University of Hawai'i Hilo to be our sky keepers. Allowance apart, the goal for Subaru was to give a chance to UH students to participate in the life of an observatory, increasing their interest for Science.

As a Providence gift, Cana was one of the first spotters replying to the job offer. 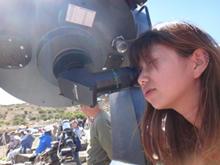 From Yamanashi prefecture, Japan, Cana was passionate about Astronomy since childhood. To fulfill her dream of becoming an astronomer, Cana left her parents, her younger sister and brother to join UH astronomy program in 2010.

Cana was very intelligent and had a brilliant future ahead of her. She was to finish her Bachelor's degree in Astronomy in May 2015 and start a Master's program on the mainland United States.


During the four years she worked at Subaru, Cana spent many nights with us at the summit of Maunakea, keeping an eye on sky when we were using the laser.

Even when we where experiencing poor weather conditions, like snow, ice, and strong winds, Cana was readily heading outside for her shifts in her orange snowsuit always smiling and ready to help her colleagues. Her sense of duty and devotion to the observatory was rarely matched.

Despite her important job, she never forgot to keep an eye on the most crucial task of all: the health and safety of her colleagues and fellow spotters at the summit.

Cana was always a source of inspiration and motivation. She never missed a chance to remind us of our chance to stargaze and, if we were lucky, see shooting stars.

As devoted as Cana was to the observatory, she never forgot that she was, first and foremost, a student.

During breaks from spotting she would always be found in the control room studying. Even during exams periods, Cana would make sure Subaru was fully staffed and able to process with laser operations.

Thanks to her devotion and professionalism, many observations were able to proceed. 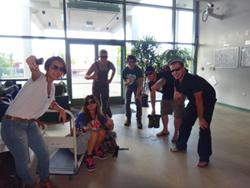 Departure for summit on Cana's birthday in 2012.

For those who work late at Subaru Hilo facility, it was common to find Cana in the library working hard. Sometimes though, She would finally succumb to a need for sleep stronger than any thermodynamic mathematical problems.

Cana was a prime example of strength and intelligence.

After four years, Cana was more than a colleague to us. She was a wonderful friend.

As a friend, Cana was the incarnation of 'Joie de vivre' and the ultimate in kindness.

Dressed in pink, with an ever-present Snoopy, Cana was a ray of sunshine in the darkness of the summit nights.

Next time, when we launch the laser into the Maunakea sky, I hope all who see it will remember Cana and her wonderful smile, her hard work and her sacrifices as she worked for the benefit of the astronomical community.


Cana, you are gone too soon!
We will miss you so much!

We hope you are among the stars you loved above Maunakea...

Aloha'oe Cana, Ha Hui Loa
Your memory will live on in our hearts forever.