As Hyper Suprime-Cam (HCS), the ultra-wide field-of-view camera mounted on the Subaru Telescope's prime focus, continues to explore its full capabilities, it started to be offered as one of the open use instruments from March 2014. An image of M31, the Andromeda Galaxy, released in July 2013 was a stunning testimony to what HSC can do.

Using the same dataset, the Japanese astrophotographer (and director of the movie "Hayabusa – Back to the Earth") Mr. Hiromitsu Kohsaka created an even more impressive image. From the beginning, he recognized the power of the image created by HSC, especially the sharp and crisp quality over the entire field of view. However he noticed that he could make some improvements in the aesthetic aspects of the image processing.

The updated image captures the finer details of the Andromeda Galaxy from its center all the way to the faint outer edge. The dark lanes in the inner part of the galaxy show up more prominently in this image. The color gradation from the center to the periphery is also quite conspicuous. For this image processing, the HSC Project team at NAOJ provided the fundamental reduction and calibration of the dataset, then Kohsaka applied multiple iterations of very intricate image processing.

The image size of 35,000 pixels in each dimension was definitely a challenge. On the other hand, thanks to the high spatial resolution, only minimal image enhancement was needed. "When we use a small, portable telescope to capture M31, it appears like a gaseous nebula, hence in the old days people referred to it as the Andromeda Nebula. The current image clearly shows that this object consists of a huge number of stars. Clearly this galaxy is one of the largest structures in the sky where the individual components, the stars, can be seen. Please dive into this beautiful picture and enjoy the space journey." says Kohsaka.

Installed on the Subaru Telescope in 2013, HSC can cover an area on the sky equivalent to 9 full moons, with very high quality. It has 116 specially developed CCDs and the total pixel count is about 870 million. The HSC Project team has embarked on their ambitious Dark Matter distribution survey program using gravitational lens effects. Other researchers and groups are starting a variety of other observational programs. 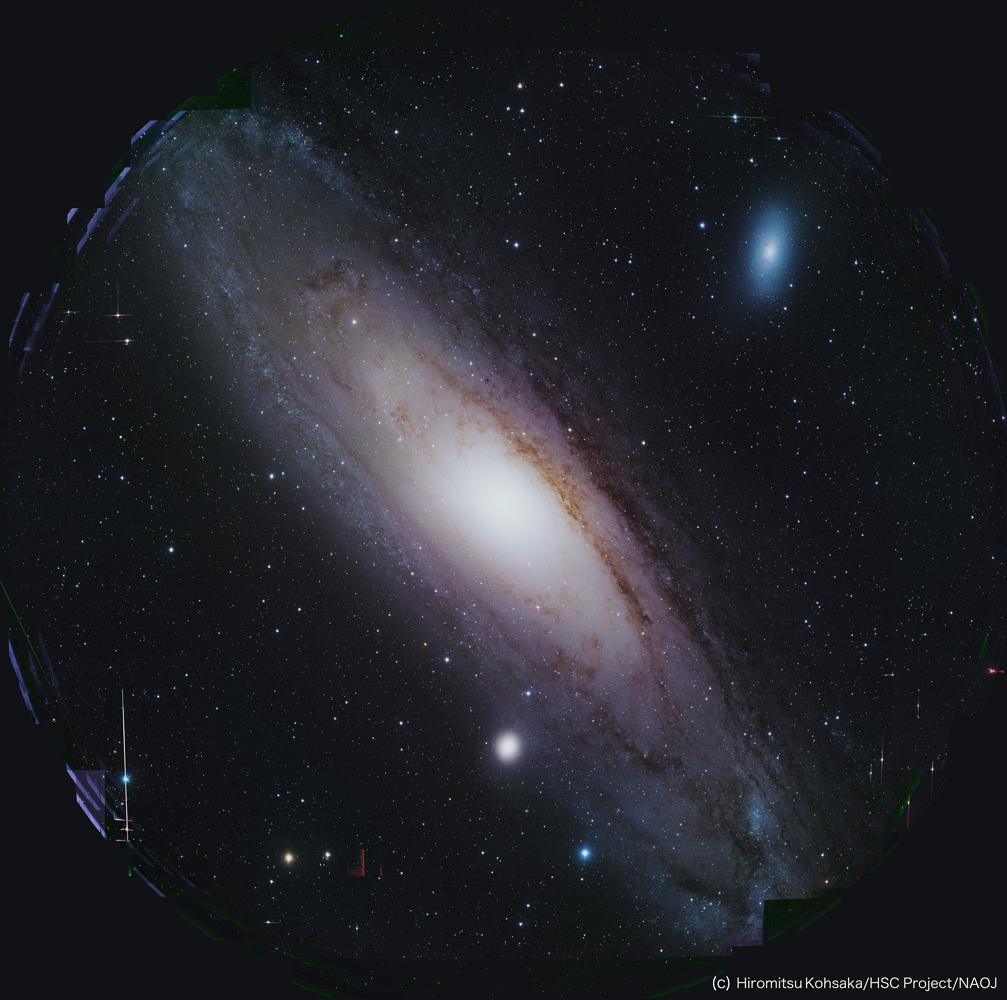 Figure 1: M31 (the Andromeda Galaxy) image processed by astrophotographer Hiromitsu Kohsaka. The image was captured by HSC. The blue, green, and red colors correspond to the g, r, and i band filters, respectively. The exposure times were 800, 1200, and 840 seconds, respectively. The HSC Project team at NAOJ did the fundamental data reduction and calibration, then Kohsaka conducted image processing and combined the colors. A larger image (8960 x 9987 pixels, 11 MB) is available by clicking on the image. (Credit: Hiromitsu Kohsaka/HSC Project/NAOJ)