Raven, a Multi-Object Adaptive Optics (MOAO) science demonstrator, successfully saw first light at the Subaru Telescope on the nights of May 13 and 14, 2014 and completed its second run during the nights of August 9 and 10, 2014. Developed by the Adaptive Optics Lab of the University of Victoria (UVic) in partnership with the National Astronomical Observatory of Japan (NAOJ), the National Research Council of Canada (NRC Herzberg), and Tohoku University, Raven is the first MOAO science and technical demonstrator to be installed and tested on an 8 m class telescope. It marks a technological advance in the number of science targets available for adaptive optics; it uses measurements from multiple guide stars to provide corrections for atmospheric turbulence in any locations of the field of view of the telescope. 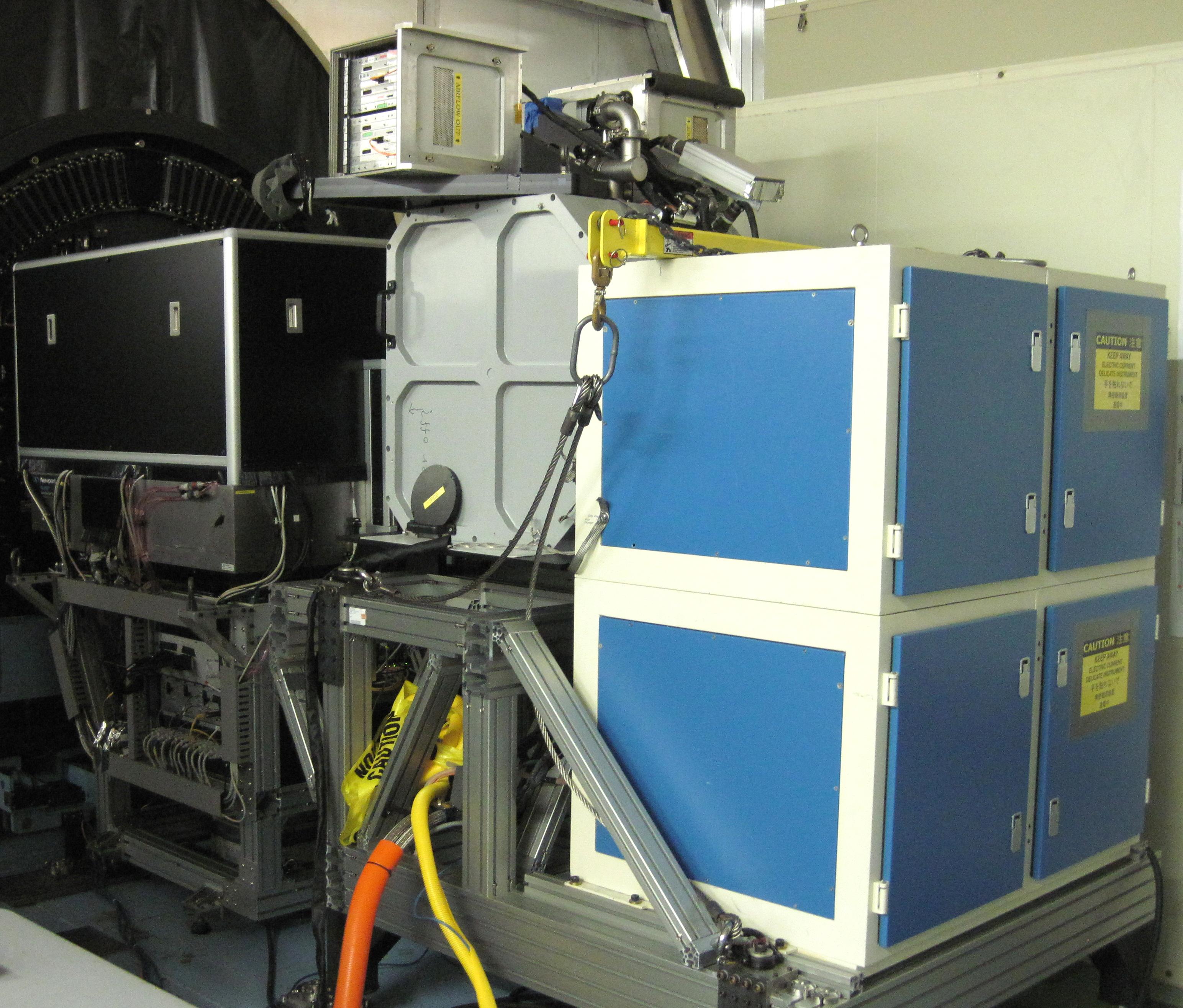 The project's goals were to demonstrate the performance of a new type of adaptive optics (AO) system and provide scientific verification of its application. What makes this MOAO special is its ability to measure wavefronts from three natural guide stars rather than one over a field with a 3.5 arcmin diameter and derive correction for any other location in the field of regard. As a science demonstrator, Raven applies the MOAO correction towards two science targets and can reimage them side-by-side on a single imaging camera or on the slit of Subaru Telescope's Infrared Camera and Spectrograph (IRCS). Its ability to conduct spectroscopy of two targets at once with the required performance makes it a useful scientific instrument as well as a technical demonstrator of MOAO.

The first and second runs of Raven complemented each other. The first run focused more on confirming that everything worked to acquire stars. As Co-Investigator Shin Oya (Subaru Telescope/NAOJ) and Co-Principal Investigator David Andersen (NRC) agreed, "Things work differently in the sky than in the lab." Did Raven actually work using the calibration unit? On-sky observation is essential for answering this question, and the answer was "yes". They found that the atmospheric profile of turbulence was more complex than in the lab. The team planned for adjustments during the first run and was grateful to have a second run to continue to test the instrument with different degrees and kinds of turbulence.

Figure 2: Images taken with Raven on the night of May 14, 2014 at the Subaru Telescope. Raven is equipped with five probe arms that can patrol the field of regard (FoR) of Subaru Telescope. Left: Three arms pick up the light of three natural guide stars (NGS) to measure the atmospheric turbulence, while two arms collect the light of two distinct science targets. Top right: Without AO correction, atmospheric turbulence blurs the images of the stars. Bottom right: After correction of the atmospheric turbulence by a deformable mirror, the two science channels (Ch.#1 and Ch.#2) are reimaged side-by-side on the slit of IRCS spectrograph, and the image is improved. (Credit: Lardière/UVic)

During the second run, the team devoted several hours to concentrating on a true science target, two metal-poor stars in the Milky Way. Their success in obtaining good spectra of two stars and determining their chemical abundances confirmed the team's conviction that MOAO can be used for a variety of science applications. 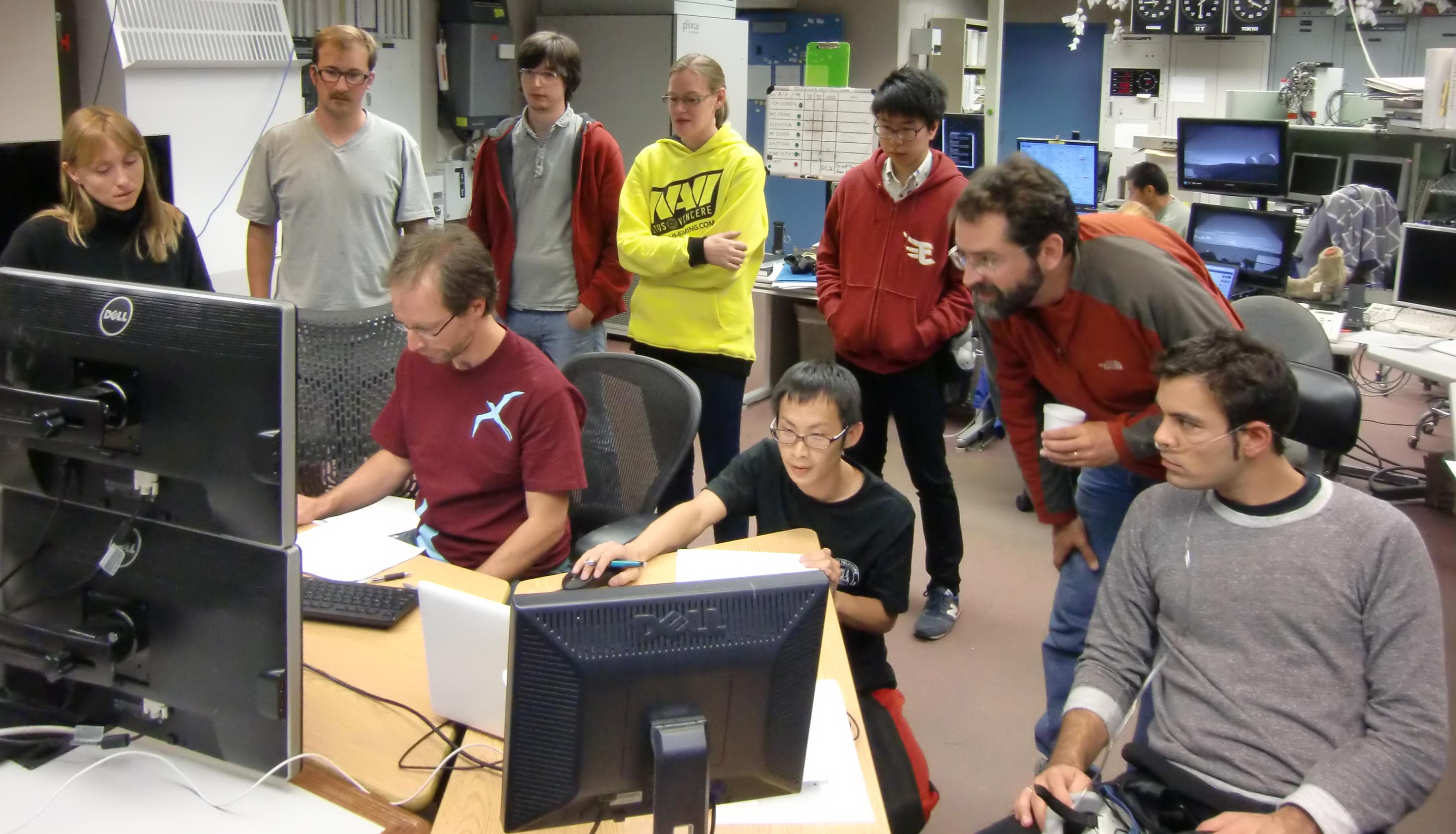 Figure 3: Scientists watching Raven's performance during the second run on the night of August 9, 2014 at the Subaru Telescope (Credit: Oya/NAOJ)

Raven's role as a science demonstrator has many advantages--for its developers, for Subaru Telescope, and for 30 m class telescopes of the future. Olivier Lardière, a Co-Principal Investigator who had helped design the instrument, concluded, "I was so happy. It was a complete experience, from preliminary design to figuring out the challenges to the observations."

Andersen continued, "We really enjoyed working with the Subaru staff. It was interesting for us to work together since we hope to collaborate on TMT." Staff at Subaru Telescope gained experience with wide-field, multi-object AO techniques, which offer some advantages over the current A0 188, which uses only one guide star near a target to correct for atmospheric turbulence. And, as Oya added, "It can increase the number of objects we can observe as well as the amount of information we can obtain about them."

Finally, as a type of wide-field AO, a MOAO system like Raven offers considerable advantages for larger telescopes, such as TMT. It can realize simultaneous observations of objects from the field of regard of several arcminutes (5 arcmin or more), which increases with the telescope's aperture. On-sky verification by an 8 m class telescope, such as Subaru Telescope, is an important contribution to future development.

Raven will be available for science use as a carry-in instrument in 2015. Go to the Call for Proposals at Subaru Telescope to submit a science case proposal.

The team would like to thank the following funding agencies for their support of project:
・Canadian Fund for Innovation
・British Columbia Knowledge Development Fund