Organizations Collaborate for a Tanabata Star Festival at Subaru Telescope

The seventh day of the seventh month has special significance in Japan and other Asian countries such as China, Korea, and Taiwan. It marks the official date of the Tanabata Star Festival, which celebrates the annual time that legendary lovers Vega, an accomplished weaver and princess, and Altair, a cow herder, can meet without the Milky Way separating them. Although the actual timing may vary from July to August in a lunar calendar, festivities usually include lanterns, special decorations, dancing, and music. Subaru Telescope and the Japanese Chamber of Commerce and Industry of Hawaii (JCCIH) chose this special occasion to collaborate and develop their own version of the Tanabata festival, which took place around noon on July 7, 2014 at the Subaru Telescope base facility. This is one way for Subaru Telescope to express its arigatō (thank you or gratitude) to Hilo's community for its support and to reinforce ties between these two organizations. It is part of an ongoing effort to understand, share, and enjoy the traditions of Hilo's multicultural community.

Many tall bamboo stalks with colorful paper decorations on their foliage surrounded Subaru Telescope's lobby, where an audience of about sixty people viewed the festival's opening events. Emcee and JCCIH board member Dwayne Mukai and immediate past-president Carol Van Camp greeted the participants and acknowledged Subaru staff and JCCIH members who had contributed so much to making the event possible. Dr. Nobuo Arimoto, Director of the Subaru Telescope and a JCCIH board member, discussed the goal of the festival and its importance in stimulating ties between JCCIH and Subaru Telescope. He then recounted the poignant story of Vega and Altair, relegated to the sky as bright stars. 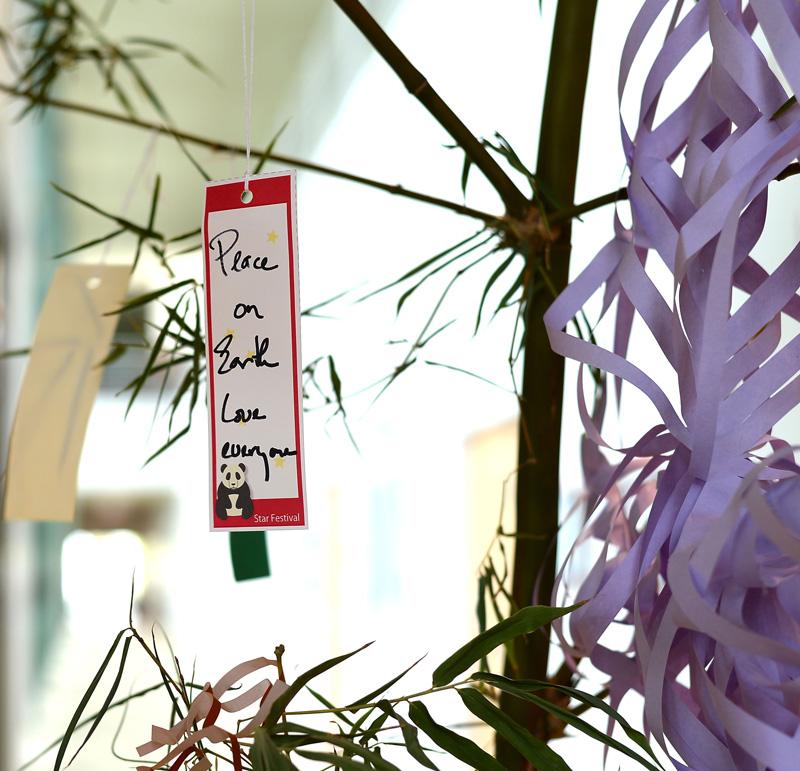 The audience delighted in the entertainment that followed. Five Subaru Telescope staff members, dressed in traditional Japanese summer kimonos, gracefully danced to and moved their bright red fans in slow undulations through the air to "Wish Upon a Star", played on the ukulele by a Subaru staff member. 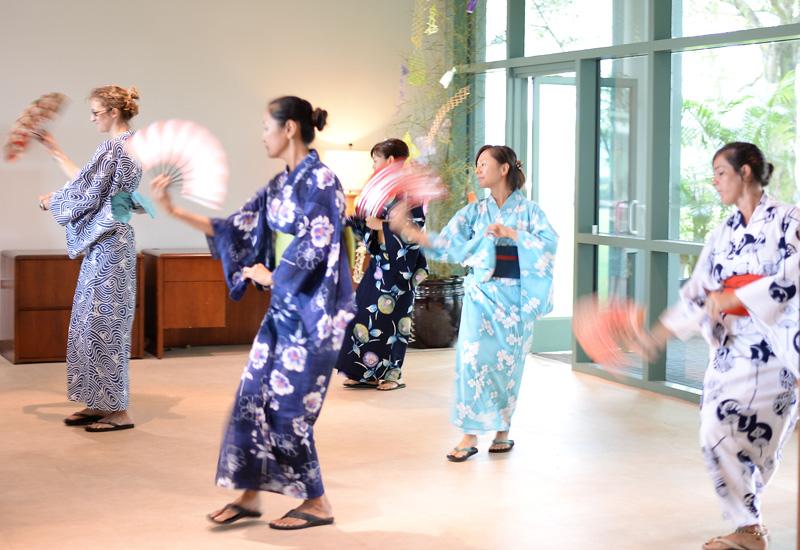 After thanking the entertainers and those who provided the tall stalks of bamboo, a JCCIH member noted that some Tanabata songs are associated with honing skills and then sang one with lyrics about the stars. He also explained the activities for the next parts of the event. Guests could write wishes on small, rectangular pieces of paper and hang them as ornaments by their attached strings to the bamboo leaves. They could also participate in nagashi-sōmen by using chopsticks to pluck sōmen (very thin, white Japanese noodles) from cold water flowing down a long, bamboo channel and placing them into a cup. 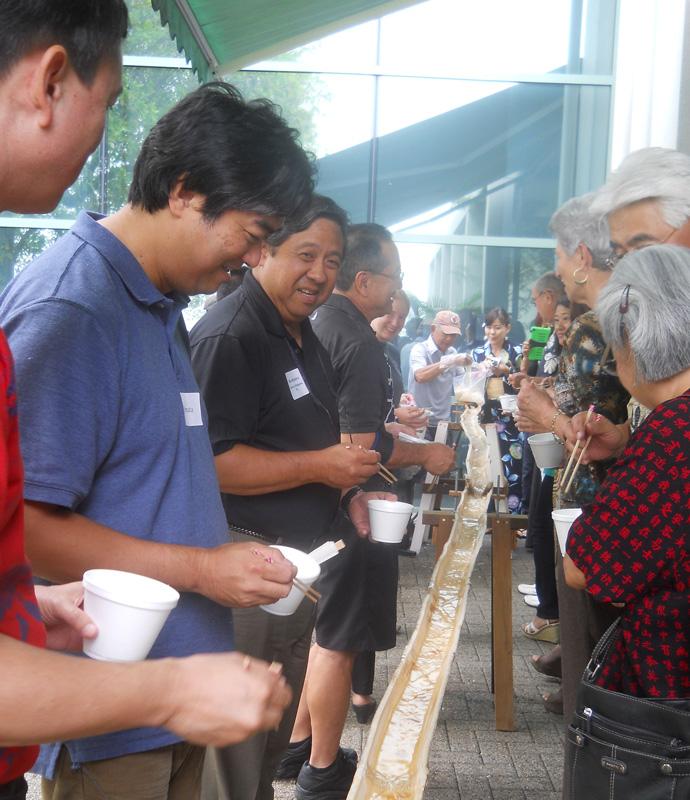 This was just the beginning of the rich experiences that awaited guests in the larger conference room. As participants settled down at tables with their selection of sushi and sashimi (raw fish), they enjoyed meeting new people and renewing ties with others. The success of this festival will likely foster another Tanabata Star Festival collaboration between Subaru Telescope and JCCIH in the future. 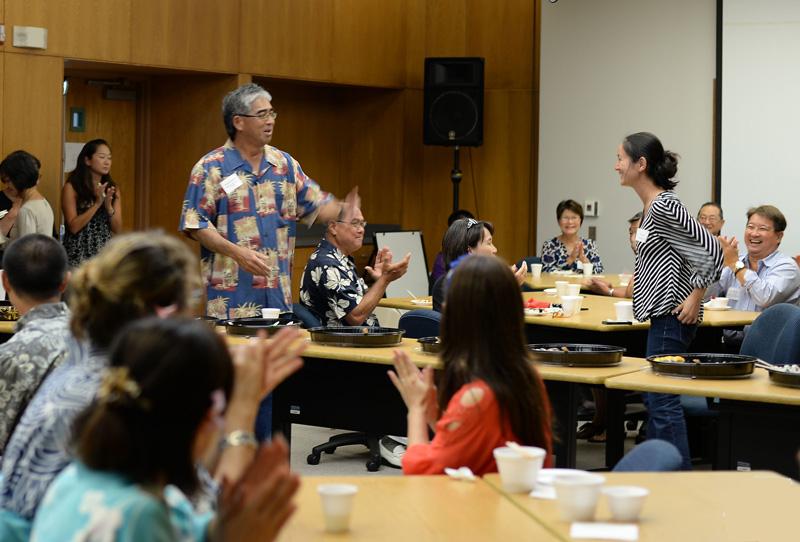