A Vivid Reminder of Astronaut Wakata's Visit to Hilo

In the early morning of May 11, 2014 (HST), Dr. Hideaki Fujiwara, Subaru Telescope scientist and Public Information Officer, was fortunate to capture a picture of the International Space Station (ISS) as it was passing over the Subaru Telescope atop Mauna Kea, Hawaii. The image shows the bright streak of light marking the ISS's journey in front of the lush background of a star-filled night sky and the Milky Way. 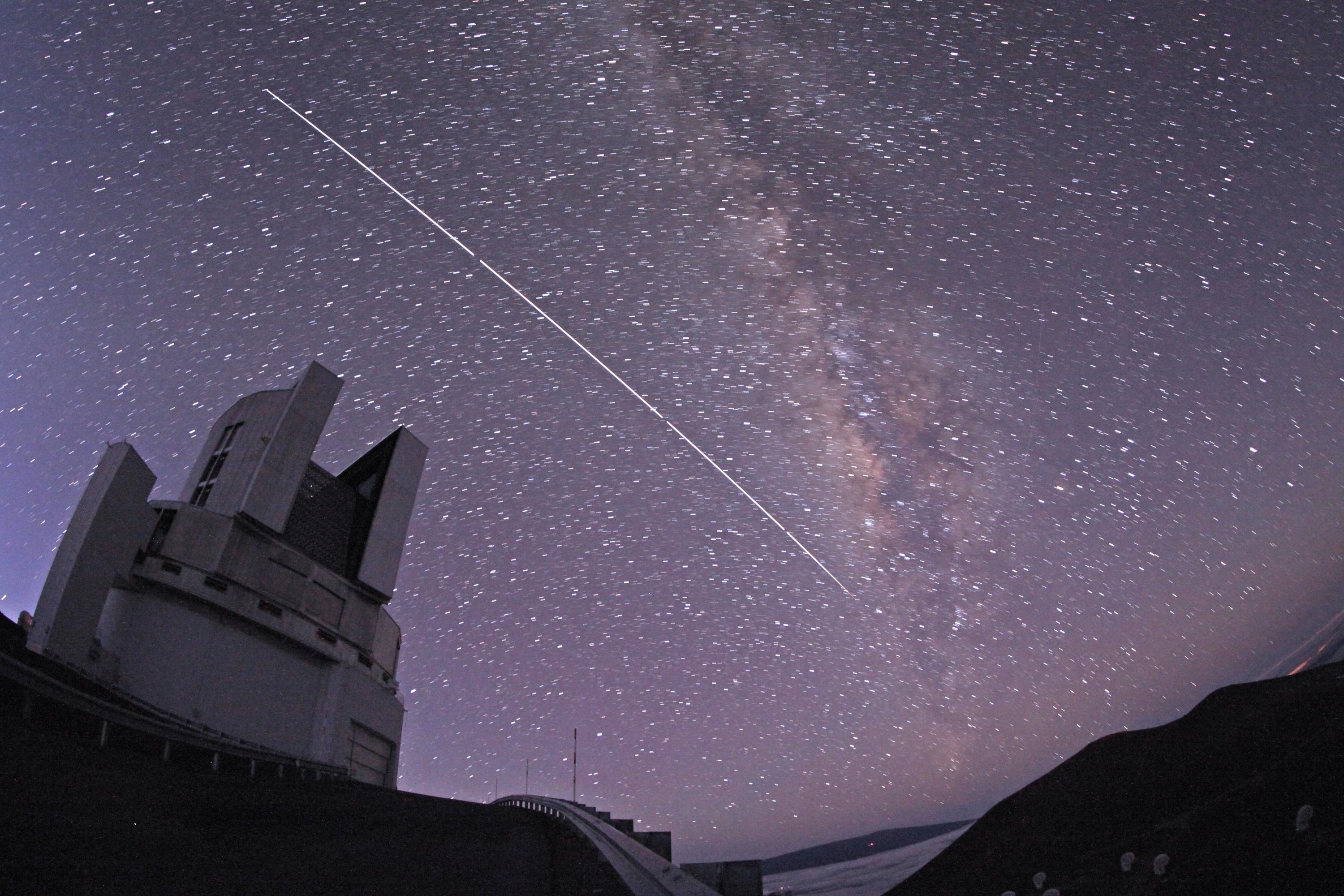 Onboard the ISS is Astronaut Koichi Wakata of the Japan Aerospace Exploration Agency (JAXA), who became the first Japanese commander of the International Space Station on March 9, 2014 and has been leading the complex's 39th expedition crew since then. This expedition will end on Tuesday, May 13, 2014 (HST). The image brings to mind Astronaut Wakata's gracious visit to Hilo in May of 2011, when he visited Subaru Telescope to return a banner that he had carried into space when he had previously lived on the space station. The public had a rich opportunity to meet him after he gave a very engaging talk about life on the space station to a packed audience at `Imiloa Astronomy Center's planetarium.