Throw away your daytimers and journey back in time and space to connect modern astronomy with its traditional roots, which center on celestial maps and the cultural rhythm of human lives. This was the experience that Subaru Telescope astronomers Drs. Sherry Yeh (NAOJ-Subaru Astronomical Research Fellow) and Yuko Kakazu (Subaru Telescope Outreach Specialist) gave to a large, interested audience in their Mauna Kea Skies presentation at Imiloa Astronomy Center on October 18, 2013. Appropriately titled, "From Ancient to Modern Astronomy", their presentation showed the strong links between cultural contexts and astronomy, one of the oldest natural sciences. 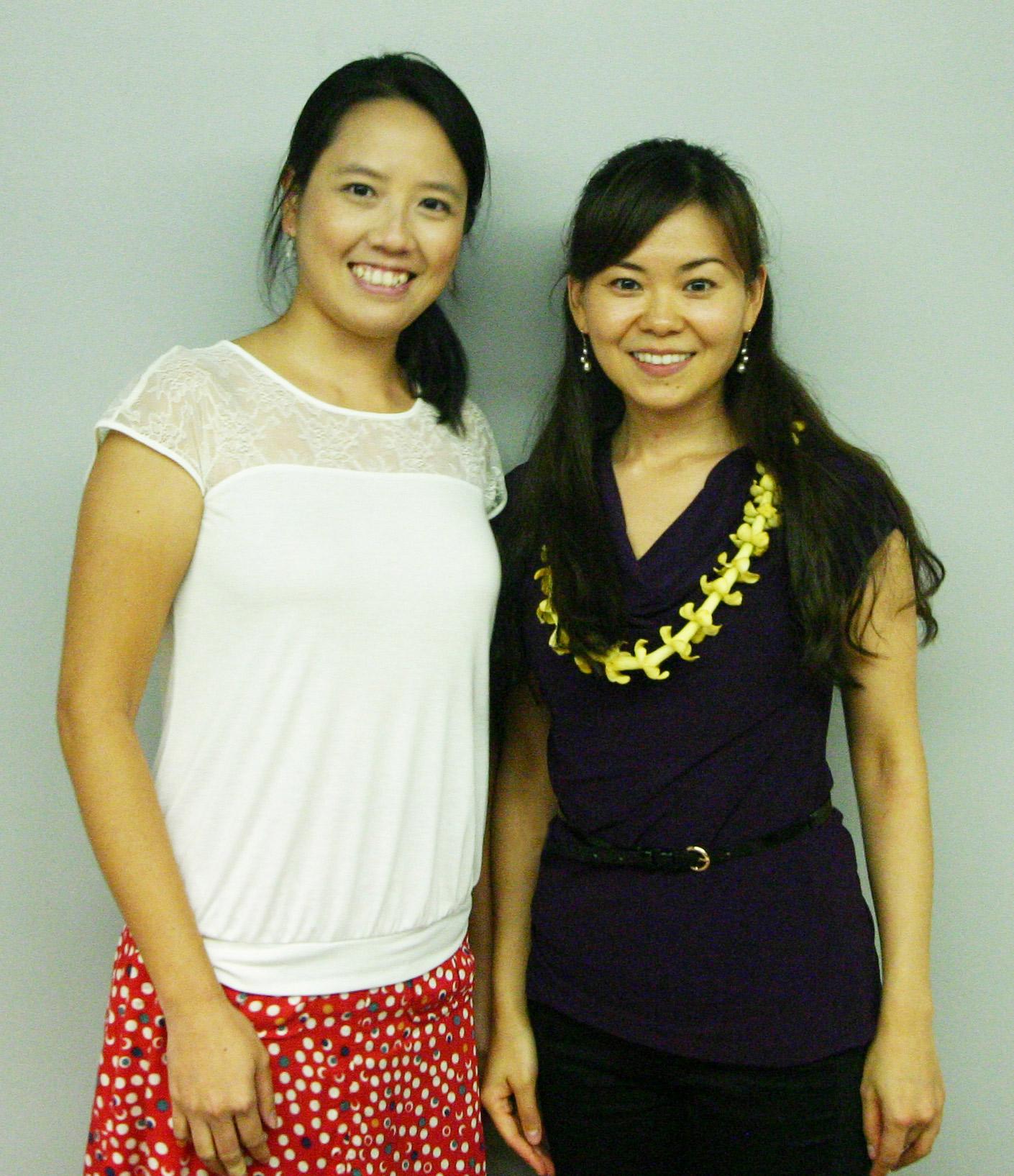 Drawing on their personal backgrounds as islanders from Taiwan (Yeh) and Okinawa (Kakazu), they connected aspects of their native cultures with those of Hawaii. Yeh pointed out that Hawaiians and Taiwanese share a longstanding interest in stargazing and the movement of celestial objects like the Sun and moon. The ancient Chinese recorded a supernova over 3000 years ago and noted the appearance of Halley's Comet at least 29 times. They developed a star atlas (Dunhuang Star Atlas 618-907 A.D.) and a sky chart (1247 A.D.), which is fairly accurate and similar to a modern star wheel. Most Taiwanese (97%) are of Chinese descent and share this history.

Kakazu recounted the strong social ties between Okinawa and Hawaii, where over 45,000-50,000 Okinawans now live. An independent kingdom for over 400 years, Okinawa was the center of an international trade route, and astronomical equipment such as a water clock (1463 A.D.) and a Sun clock (1744 A.D.) were essential tools for marking time. On Yaeyama Island, 250 miles south of Okinawa, residents relied on the stars rather than calendars to pace their lives.

Yeh and Kakazu's presentation brought astronomy home by showing how astronomical events were and are a part of the daily lives of ordinary people. On both islands, many holidays, festivals, and agriculture follow a lunisolar (i.e., moon and Sun) calendar. In Taiwan, infant festivals, held under a summer's full moon, focus on blessing infants while a year-end festival celebrates how the gods have blessed their farmlands and the moon has protected them. Some Okinawan folklore and folk songs center on celestial objects, including the importance of the Pleiades ("Subaru" in Japanese).

As Kakazu noted later in her presentation, modern astronomy extends traditional interest in the night skies by using new technology, like Subaru Telescope's newest instrument, Hyper Suprime-Cam, to observe celestial objects. As Kakazu put it, "Galaxies are the basic building blocks of the Universe, and astronomers study them to understand the Universe just as biologists study cells to understand us." At the core of traditional and modern astronomy are attempts to understand the Universe and ourselves. Just as non-specialists search for meaning in their lives, scientists engage in their professions to search for meaning.

Such a perspective helps the public understand who scientists are and what they do. The whimsical phrase, "It doesn't take a rocket scientist to figure this out", reveals a common perception of science--that it consists of complex principles removed from the concerns of everyday life. The personal touch of Yeh and Kakazu's presentation was instructive not only in its content but in showing the way in which two female astronomers approach the world. The presentation opened the door for the audience to walk with them as scientists and explore the Universe as they do: with wonder, appreciation, and the quest for new knowledge that contributes to our understanding of our Universe and our place in it as human beings.