A team of astronomers from Stony Brook University (the State University of New York at Stony Brook), the National Astronomical Observatory of Japan (NAOJ), and others used Suprime-Cam, Subaru Telescope's wide-field, prime-focus camera, to capture an image of the intricate flow of Comet Lovejoy's (C/2013 R1) ion tail. (Figure 1) The instrument's combination of a wide field of view and high spatial resolution provides a clear delineation of the complex, wiggling streams in the comet's tail. At the time of this observation, at around 5:30 am on December 3, 2013 (Hawaii Standard Time), Comet Lovejoy was 50 million miles (80 million km) distant from Earth and 80 million miles (130 million km) away from the Sun. 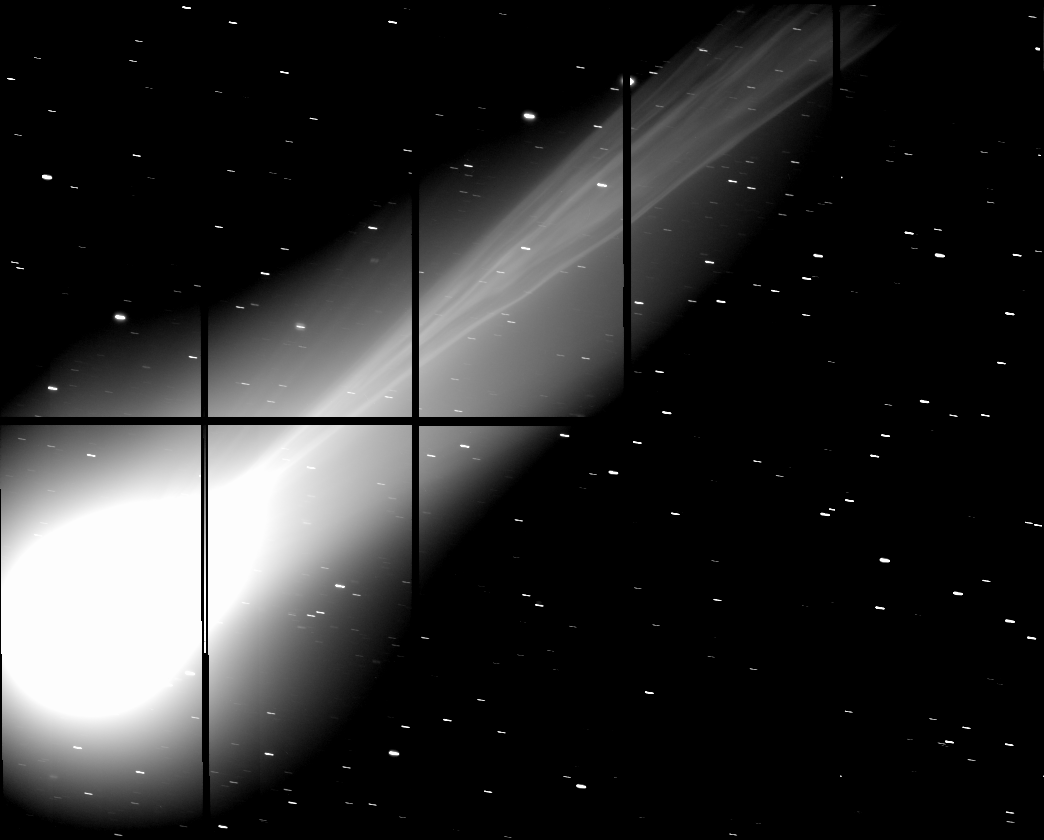 Comet Lovejoy was discovered in September this year (2013). At dawn on October 31, 2013, Subaru Telescope succeeded in capturing its image, which showed dust jets streaming from its nucleus. (Subaru Telescope Captures Visible-Light Images of the Comets ISON and Lovejoy) Although Comet ISON (C2012 S1) did not survive its closest encounter with the Sun (its perihelion) at the end of November (2013), Comet Lovejoy's visibility has been increasing in the eastern sky. The current image adds even more data about this newly-discovered comet. The variety of approaches used to image and analyze Comet Lovejoy will lead to a much clearer view of its detailed structure. As a member of the observation team commented, "Subaru Telescope offers a rare combination of large telescope aperture and a wide-field camera. This enabled us to capture a detailed look at the nucleus while also photogenically framing inner portions of Comet Lovejoy's impressive ion tail." (Figure 2) 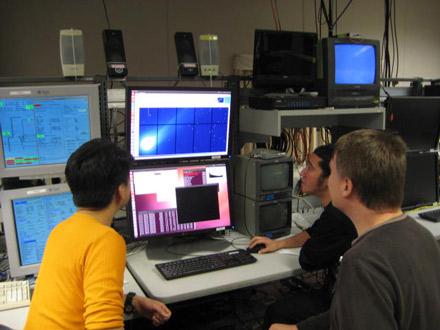