Astronomers visiting the Subaru Telescope encountered a very rare type of rainbow on Mauna Kea--a moonbow, produced by light reflected off the surface of the moon rather than from direct sunlight. They were able to capture this special vision in a photograph (Figure 1). Native Hawaiian legends say that a moonbow brings happiness. 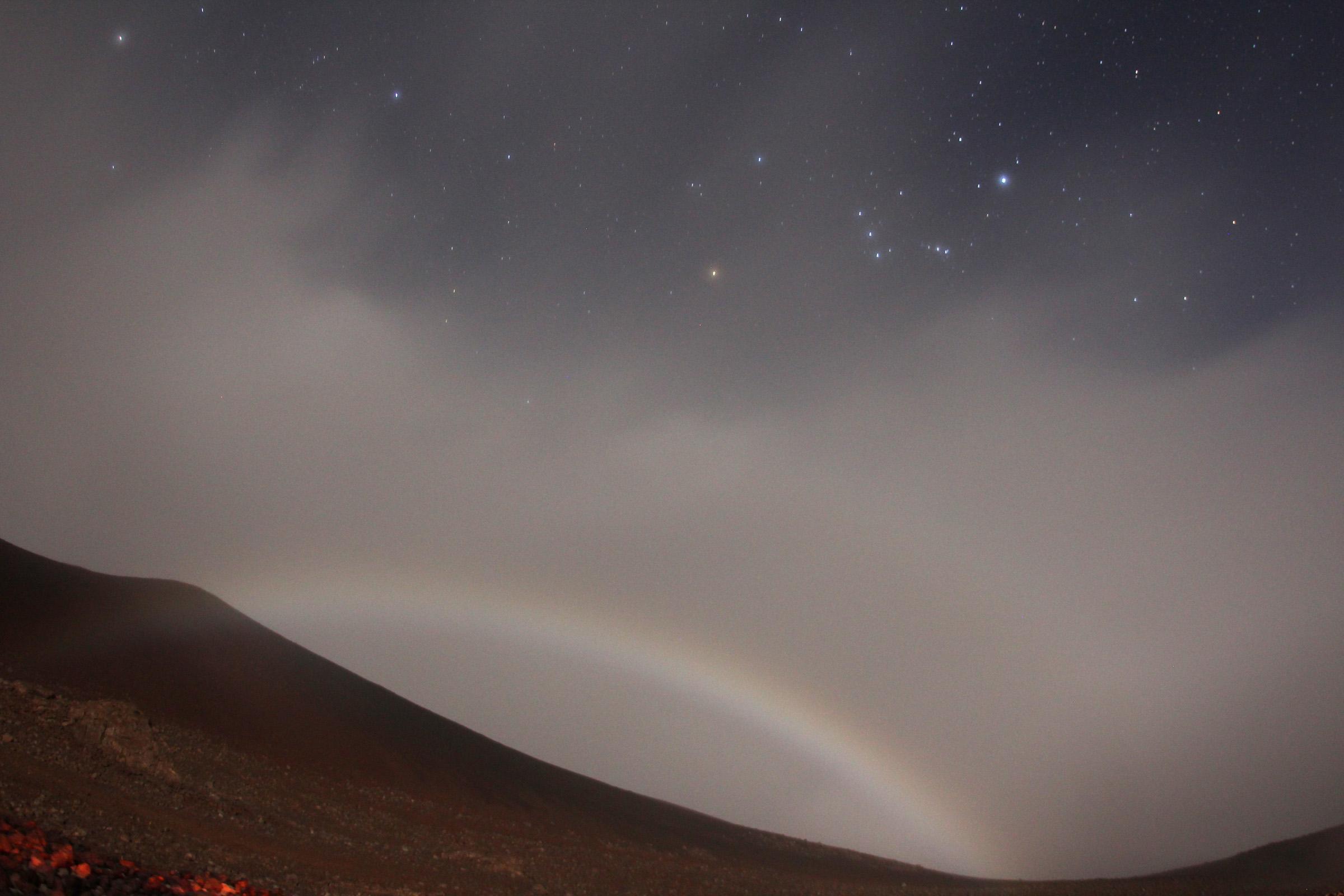 Figure 1: Photograph of the Mauna Kea moonbow under the constellation Orion, taken by a team member of astronomers from the Japan Aerospace eXploration Agency (JAXA) and Hokkaido University during the late night of November 11, 2013. (Credit: NAOJ. Photograph by Mr. Yasuto Takahashi of Hokkaido University)

The astronomers' good fortune in seeing the moonbow came when the team descended from the summit for a while, since a combination of high humidity and low temperatures was expected to create dangerous icing of the summit roads. As they were arriving at Hale Pohaku, the mid-level facility beside the Mauna Kea Visitor Information Station, they saw the moonbow in the fog, just below the constellation Orion.

Moonbows are generally much fainter than rainbows, because the light coming from the moon is much dimmer than that from the Sun. The light is often too faint for the color receptors of the human eye to discern it. They are more likely to be seen when the moon is full and bright.

Did the moonbow bring the team good luck? Stay tuned for the team's scientific results.