This article features Dr. Nobuo Arimoto, the current director of the Subaru Telescope and a pioneer in modeling elliptical galaxies.

Throughout the following interview, Dr. Arimoto stresses the importance of a thorough grounding in the fundamentals of astronomy, which become the foundation for lifelong research and study. He recounts how he became a dedicated researcher in astronomy.

― Were you interested in astronomy when you were a child?
I was born in a small town in Japan's Niigata Prefecture. When I was ten years old, a neighbor showed me craters on the Moon with a small telescope, and the experience impressed me so much that I decided to become an astronomer. However, I didn't know how to become one. When I was in junior high school, I read an interview with the director of Tokyo Astronomical Observatory in the first issue of the popular astronomy magazine "Tenmon Guide". His statement that he studied really hard because he wanted to become an astronomer inspired me to study hard and become a student of astronomy at Tohoku University. I decided to go to graduate school, because I wanted to learn the latest developments in astronomy. Although the rural residents of Niigata rarely went to the university then, my parents supported my educational choices.

― You fulfilled a childhood dream!
No, not yet. I was in the masters program for two years and, the doctoral program for three. During my graduate education, I read research papers in a variety of fields, but I focused on studying what interested me the most--stellar populations and their evolution.

― What does the study of stellar populations and their evolution involve?
It is about the formation and evolution of different types of galaxies, e.g., elliptical, spiral. An assemblage of stars makes up a galaxy, but the ages of the stars within it vary. When we know the color and intrinsic brightness of stars, we can figure out their ages and from there, determine how the galaxy formed.

A star has a life cycle, like the Sun's, which will die five billion years from now. When a star dies, it releases gas, dust, and elements, which become the ingredients for a new star. Analysis of a star's elements allows us to decipher when and how the star was born and died. We can also figure out the star's position in a galaxy, its age, its chemical composition, and its history. 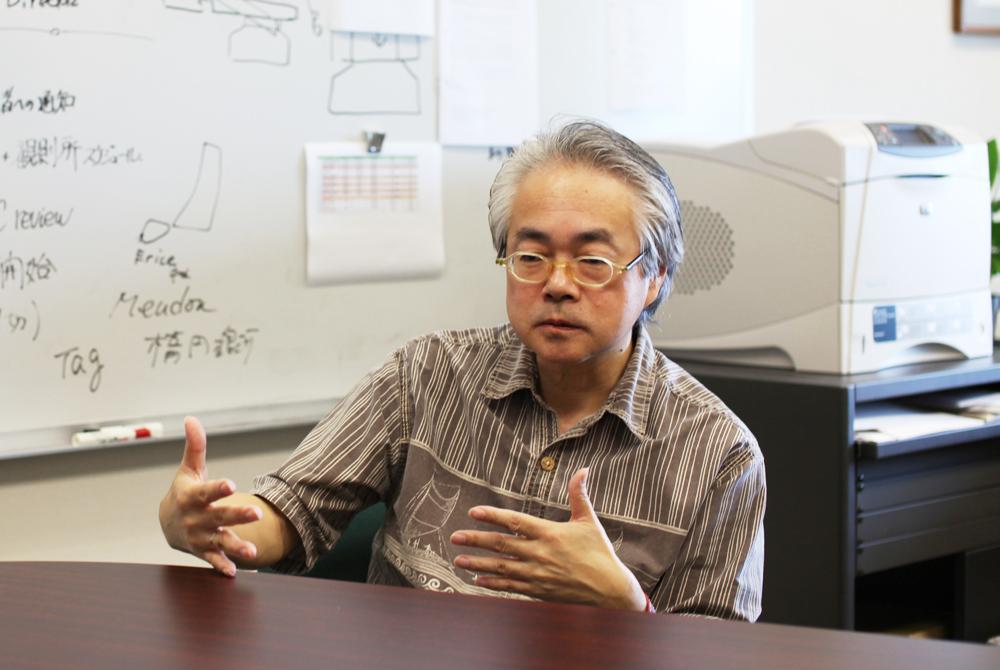 Director Arimoto in his office at the Subaru Telescope during the interview. (Credit: NAOJ)

― Are you continuing to study and research stellar populations and their evolution?
Yes, I am. It has been 35 years since I began to conduct research in this area, and my continuing study and research findings form the basis of my life as a researcher. I'm currently using the Subaru Telescope to test the validity of my hypotheses in a variety of ways.

― How did your research findings become the foundation for lifelong research?
After I graduated from graduate school, I became a researcher for the Japan Society for the Promotion of Science, and then, in 1984, for the Observatorie de Paris-Meudon. I presented a model of elliptical galaxies at an international conference in Italy. The presentation received high praise and resulted not only in offers to hold seminars in Europe but also for university jobs from around the world. I became a researcher, first at the University of Durham in the United Kingdom (1988-1991) and then at the Universitaet der Heidelberg in Germany (1991-1993). Some European astronomers say, "We raised Nobuo Arimoto to become a great astronomer in Europe, not in Japan."

― What was your life like as a researcher in Europe?
I had a productive time in Europe. I didn't study French at all before I went to France, because I wanted to learn native French while I was there. I eventually decided to speak only in French and learned not only the French language but also French culture and customs. My rigorous research and studies in Europe on the evolution of galaxies have been an integral part of my continuing work as an astronomer.

― After you returned to Japan, what did you do?
I was an associate professor at the Institute of Astronomy at the University of Tokyo (1993-2001), and then I became a professor at the National Astronomical Observatory of Japan (NAOJ) and the Graduate University for Advanced Studies. While I was a professor, I focused on educating graduate students and was too busy to conduct research. I served as a member of Subaru's Time Allocation Committee (2000-2004) and as chair of the Subaru Advisory Committee (2004-2012) to support the Subaru Telescope from Japan. In April, 2012, I assumed the post as the director of the Subaru Telescope.

― What do you do as the director of the Subaru Telescope?
My main responsibility is to oversee the organization and ensure the operation of the Subaru Telescope. I frequently meet with the other directors of the Mauna Kea observatories and make many international business trips. I am also involved in local and international education, research, and outreach. I enjoy educating Japanese and international students to become great astronomers by using the excellent capabilities of the Subaru Telescope and collaborating with European colleagues. I joined the Japanese Chamber of Commerce and Industry in Hawaii; attend special events at the University of Hawaii; and give lectures in schools, not only in Hawaii but also in Japan. I do my best to support all astronomers and staff in performing good work, observations, and favorable relations with our host community in Hawaii.

― Have you conducted research since you became the director?
I have had little time to conduct my own research, because I'm very busy as the director. I now work 90% as a director and 10% as a researcher. I go to international conferences as much as I can and devote every Monday morning to my own research. My latest studies concern galactic archaeology. I have been using Subaru Telescope's Suprime-Cam to explore how galaxies, particularly the Andromeda Galaxy, began. I'm also researching distant galaxies to better understand the origin of elliptical ones.

― You are very busy. Do you like your job as a director?
Yes, I do. I'm glad to be Subaru Telescope's director. I have met many new people. I like Hawaii and enjoy its welcoming, multicultural context. 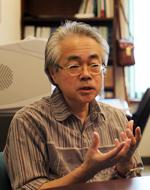