Professor Masanori Iye, Thirty Meter Telescope Project Director at the National Astronomical Observatory of Japan, was awarded the 2013 Japan Academy Prize in recognition of his achievements and longtime dedication to research. The Emperor and Empress of Japan will be present at the award ceremony, which will take place on June 17, 2013 in Tokyo.

Iye and his collaborators made systematic observational studies of an early population of galaxies using narrow band filters on the Subaru Telescope's Suprime-Cam. Surveys using filters NB973 and NB1006 developed by Iye yielded discoveries of IOK-1 in 2006 and SXDF-NB1006-2 in 2012, each of which was the farthest galaxy with a confirmed redshift at the time. Their research showed a significant decrease in the number density of observable galaxies from 12.8 to 12.9 billion years ago, indicating that the process of reionization of intergalactic neutral hydrogen in the Universe had advanced significantly before then and was effectively completed during this period. 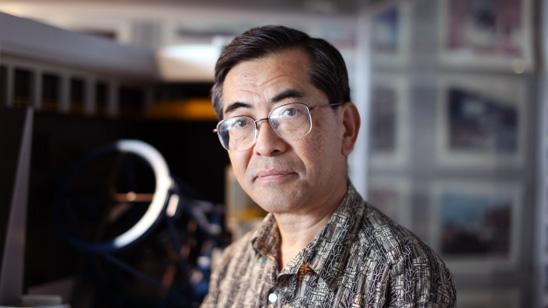