The Beauty of Subaru's Data

For the fourth time during 2012, astrophotographer Robert Gendler has used data from Subaru Telescope's archives to produce a composite image that was featured as the Astronomy Picture of the Day (APOD, Note). His December 20, 2012 APOD displays the magnificent face-on spiral galaxy M33, which is part of the small northern constellation Triangulum. Sometimes called the Pinwheel Galaxy or just the Triangulum Galaxy, M33 is over 50,000 light years in diameter and the third largest galaxy in the Local Group of galaxies that includes the Andromeda Galaxy (M31) and our own Milky Way Galaxy. 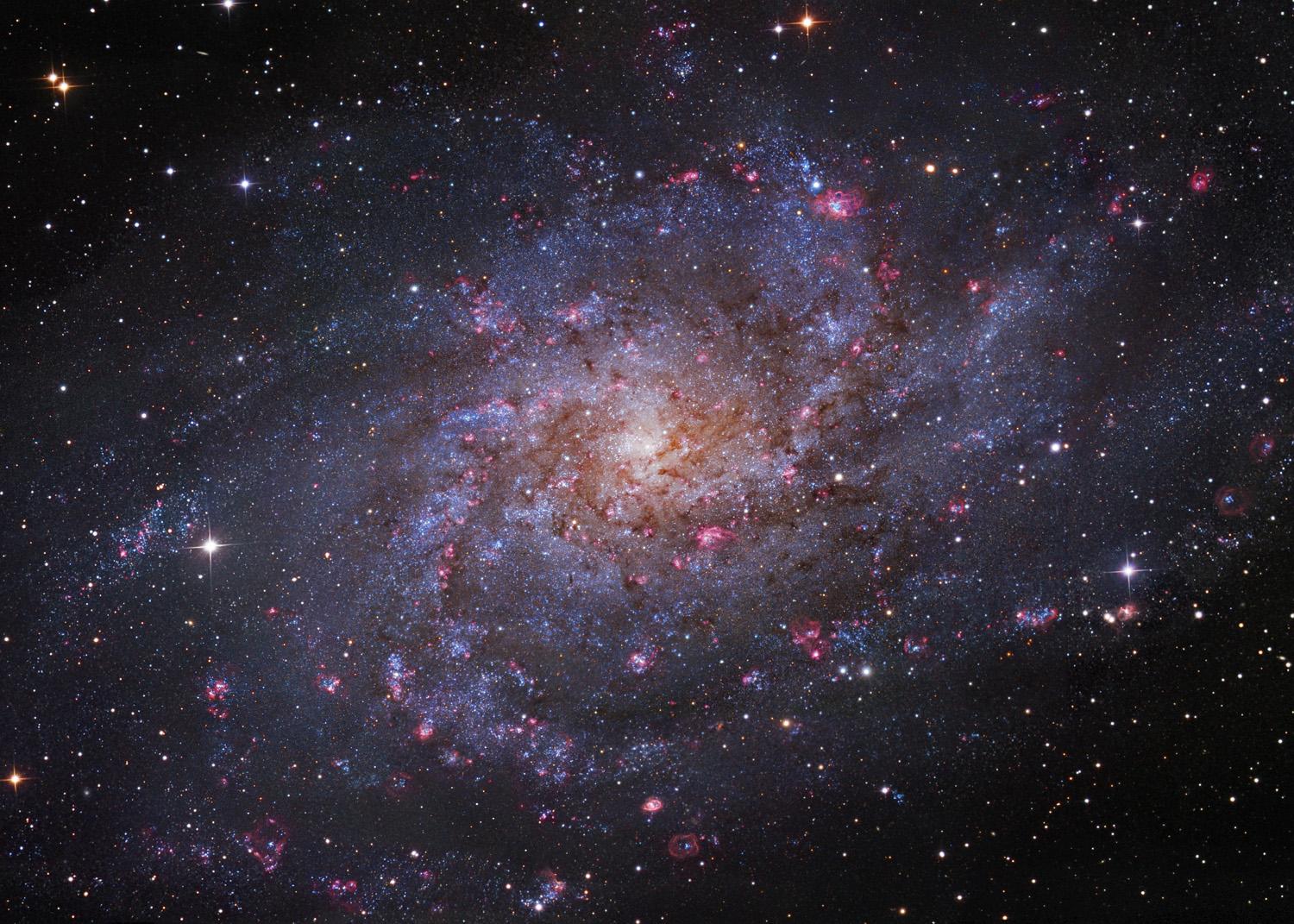 This beautiful composite illustrates one way that SMOKA (Subaru-Mitaka-Okayama-Kiso Archive System), the name of the data archives of the telescopes of the National Astronomical Observatory of Japan, can be used. Because Subaru is an open-use telescope, astronomers from all over the world can compete for time to observe with it; and, all data from the telescope are available to astronomers after a proprietary period of 18 months. Scientists have used the data in SMOKA to conduct original research, e.g., studying distant galaxies, and astrophotographers like Gendler have used them to highlight the aesthetics of celestial images.

The Astronomy Picture of the Day is a website provided by NASA and Michigan Technological University that features a different image or photograph of our Universe for each day of the year.

For more information about Gendler and the way in which he processes his images, refer to the May 2, 2012 Topics article entitled "Astrophotographer Gendler Highlights Images from SubaruTelescope"