Jets, Star Formation, and a Glimpse of Past Korean Observations

Dr. Tae-Soo Pyo, a support astronomer at Subaru Telescope, focuses his research on star formation, especially outflows from young stellar objects. He shared some of his expertise with an audience of about forty interested people at `Imiloa Astronomy Center during the evening of October 20, 2012. His presentation entitled "Jets from Young Stellar Objects in Star Forming Regions" was part of the Mauna Kea Skies series held each month at the astronomy center. 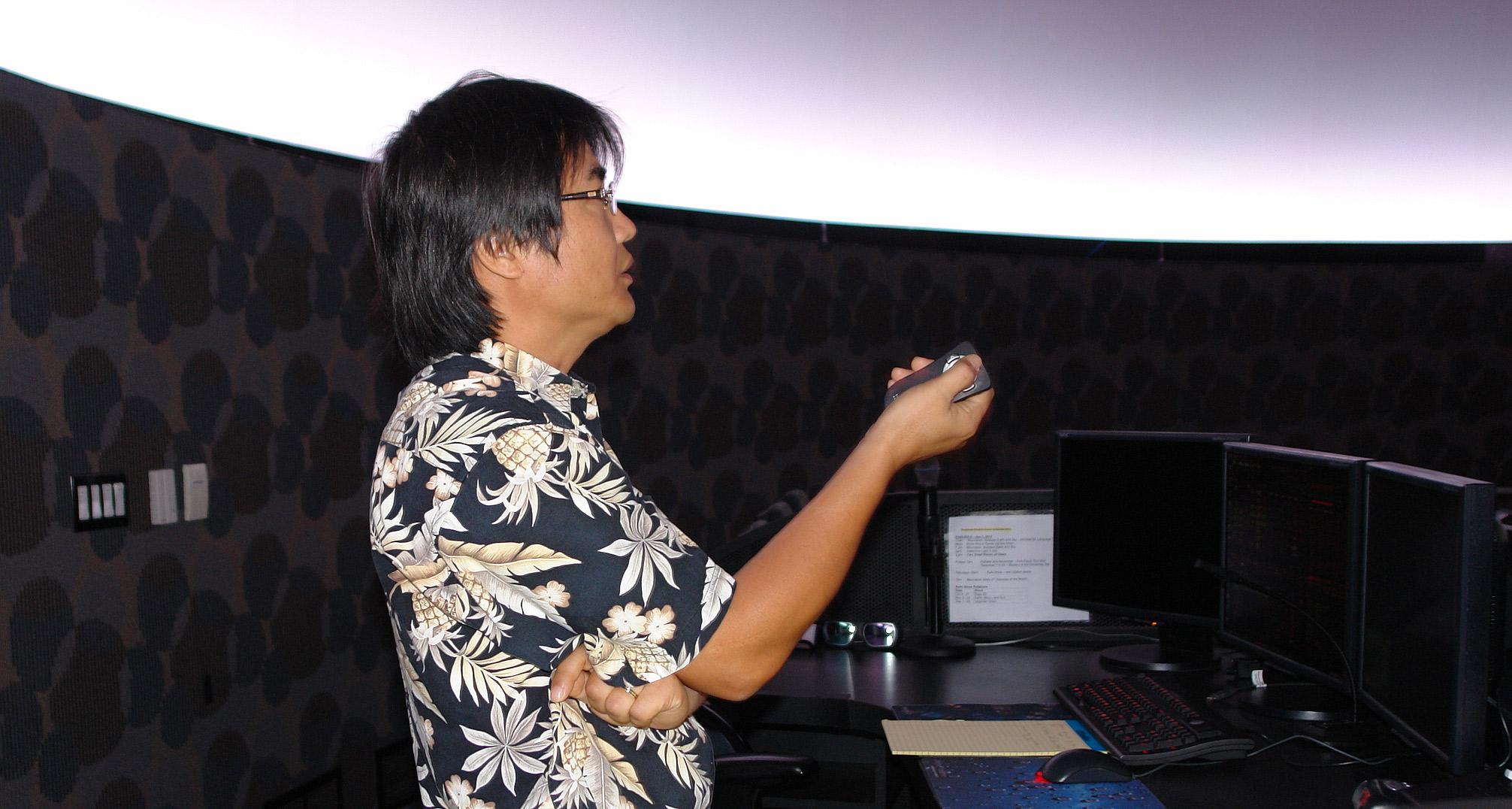 Shawn Laatsch, `Imiloa's planetarium manager, hosted the event and oriented the audience to the current night sky over Hawai`i, pointing out prominent constellations and stars visible during this time of year. Dr. Pyo used the planetarium dome to project images in 3-D that illustrated his discussion of the location of a major star-forming region, the Gould Belt in the Milky Way Galaxy. He also talked about jets flowing from young stellar objects. Star formation from the collapse of gas clouds is not a one-way process. Young stellar objects can also blast out high-energy jets of gas into the surrounding clouds. Finally, Dr. Pyo rounded out his presentation by discussing how Koreans of the past observed objects in the Universe, projecting pictures of centuries-old stone structures and star maps to illustrate how they expressed their beliefs. Questions from the audience, e.g, how jets observed during star formation relate to other jet phenomena on a larger scale, further enriched the event.