Tsukimi Event Enlightens the Community about the Moon

A wedding of science and culture took place at `Imiloa Astronomy Center the night of September 28th. Subaru Telescope and `Imiloa teamed up to present a variation of Tsukimi, which literally means "moon-viewing" and refers to a Japanese celebration honoring the autumn full moon. The evening's activities wove together several phases that included a planetarium show featuring the Earth's moon as well as moons orbiting other planets in the Solar System; stories about the moon drawn from different cultural traditions; and the sharing of mochi, a small sweet rice cake, representing one of the traditional Japanese offerings to the moon.

Subaru Telescope staff members greeted visitors at an exhibit area as they entered `Imiloa's atrium. Both before and after the event, visitors could learn about the operation of Japan's large, premier telescope situated on Mauna Kea and pick up complimentary postcards, posters, and informational brochures at the exhibit's table. About 100 guests filled the planetarium and enjoyed a varied presentation by planetarium systems technician Christopher Phillips. "Why are we so fascinated by the moon, and what is it like?" he asked. He not only described interesting scientific facts about the Earth's moon but also took visitors on an informative journey that included pictures and narratives about the moons of other planets in our Solar System—Mars, Jupiter, Saturn, and Neptune.

The scene shifted to the next phase of the event in `Imiloa's exhibit hall, where the audience gathered around an illuminated model of the moon. Dr. Ramsey Lundock, astronomer and Subaru Telescope Outreach Associate, donned a dark brown kimono, usually worn for special occasions in Japanese culture, and geta, traditional wooden sandals that look like flip-flops (or slippers) on little platforms. He entertained the audience with a variety of Asian folktales about the moon. 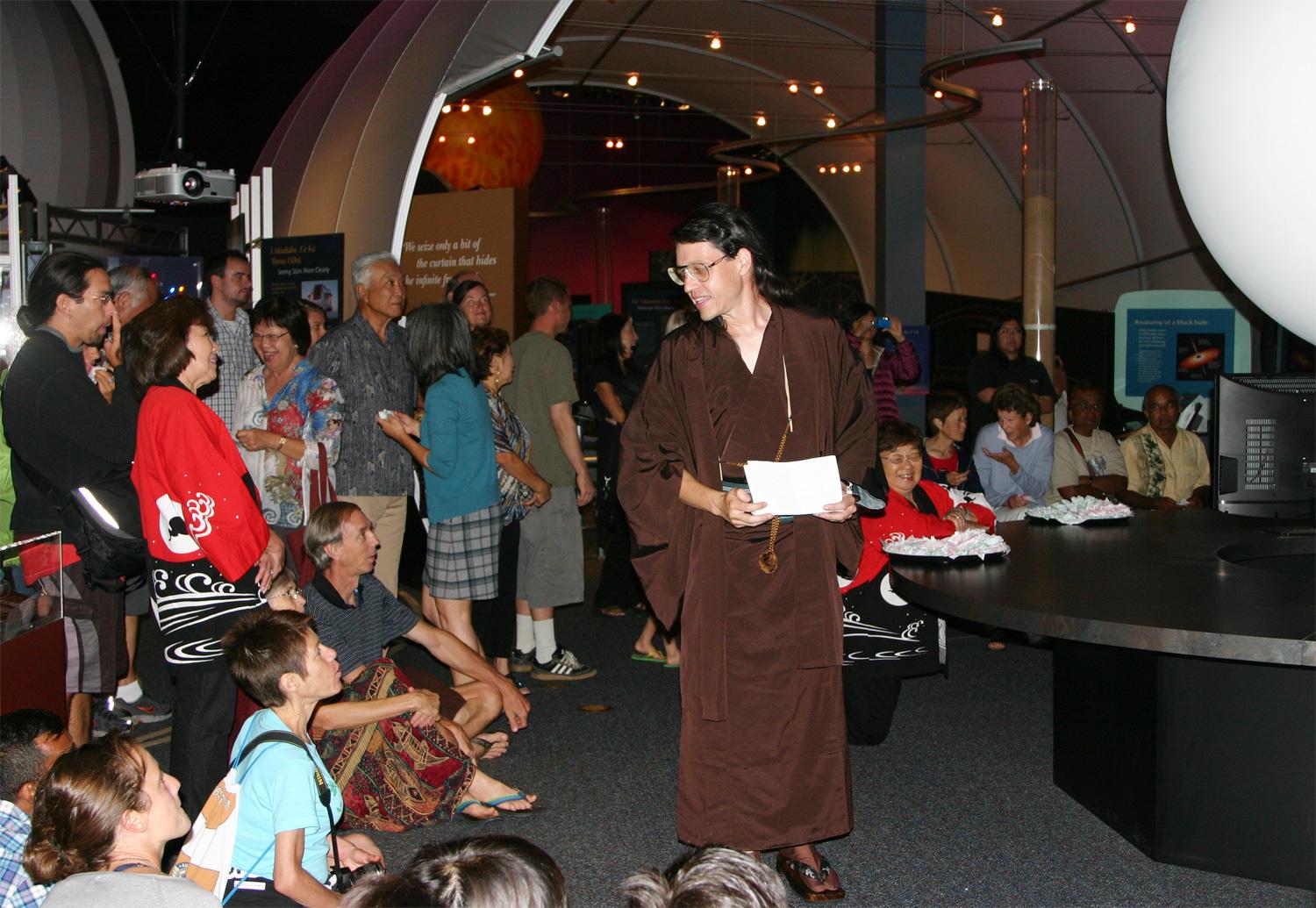 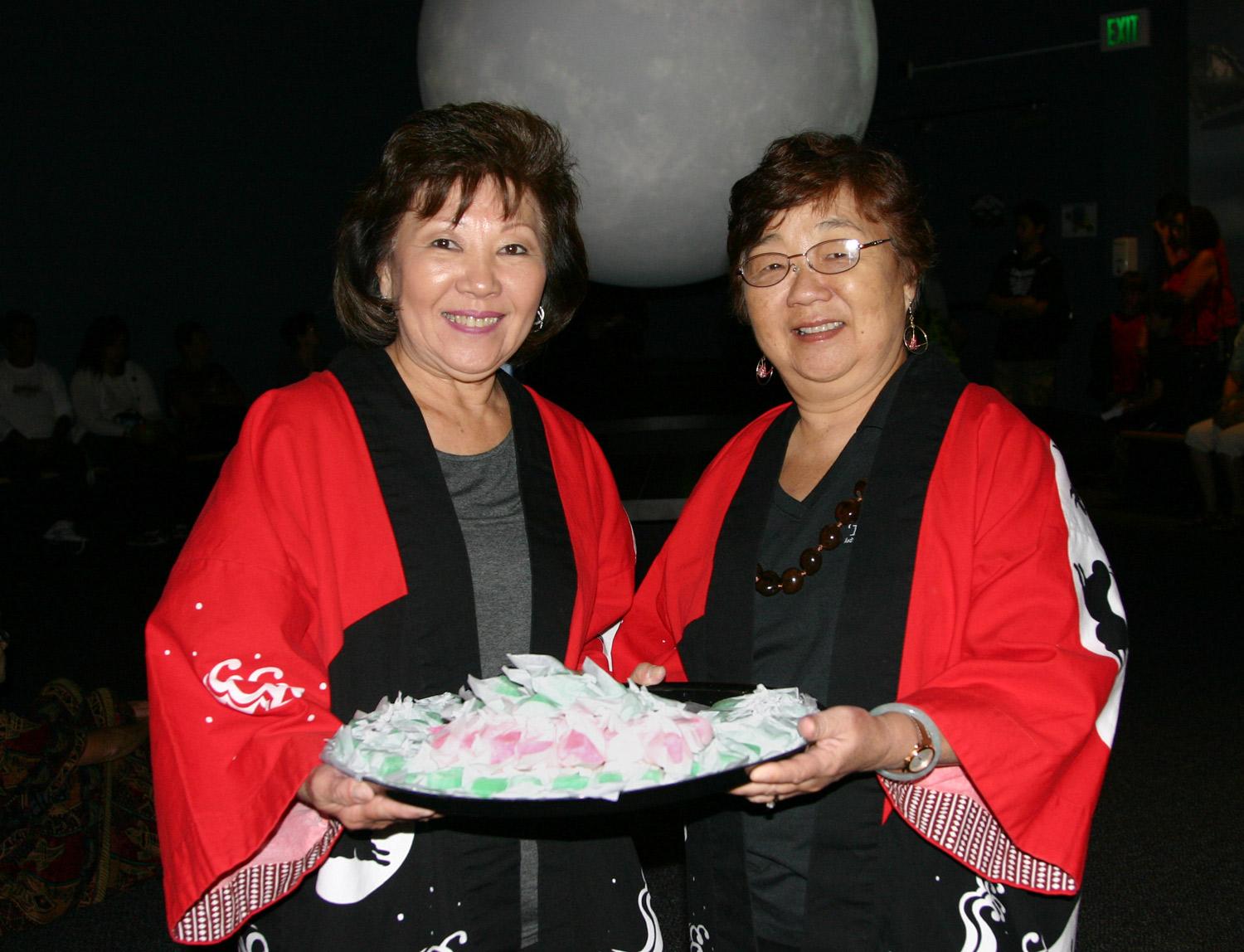 Figure 2: `Imiloa volunteers Gladys Harada (left) and Jean Kawachika (right) wore festive happi coats as they served the audience with platters of mochi made and donated by Ms. Harada for this special occasion. (Credit: NAOJ)

Toward the end of the evening, the moon finally emerged from its cloudy shroud to allow the audience to view it with a telescope on the grounds of the astronomy center. It seemed to smile on the occasion of the first public Hilo celebration to honor its glowing presence.